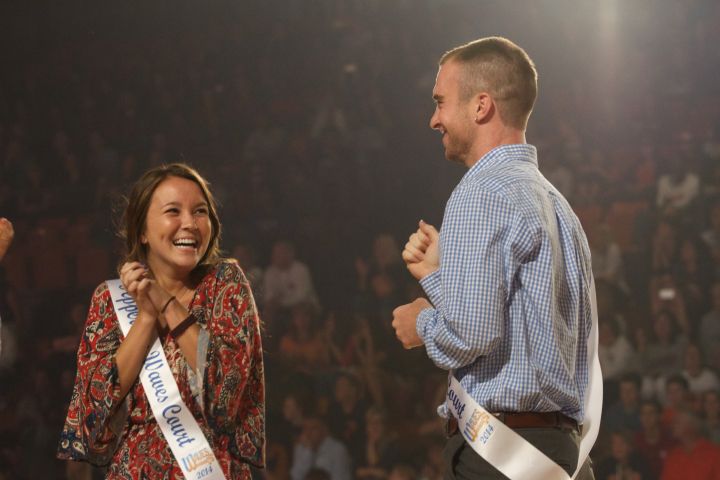 On Oct. 17, my life was forever changed.

For those of you who live under a rock or simply choose not to engage with on-campus festivities, the Student Alumni Organization (SAO) hosts Spirit Week every year. Greek groups, clubs and other organizations may participate in this week of orange and blue, but, usually, sororities and fraternities take up the largest concentration of the competition. Spirit Week entails field games, a cheer contest or two, a pep rally, Lip Sync competition and, of course, the nomination, campaign journey and crowning of Spirit King and Spirit Queen. Everything counts towards a team’s overall points. Everything counts. Everything.

And so with that, let me tell you a story about a slightly odd, but mostly likeable (I can only hope) girl with a dream. Many stories start this way, but indulge me in thinking that this story is unique. Please also ignore the obnoxious self-absorption and self-inflation and anything else that would relate to some kind of obsession with oneself and one’s current social standing that, obviously, being Spirit King or Spirit Queen, would signify.

Back to the story. This girl, the slightly odd one, never went to real school. She was homeschooled — very well, in fact — and enjoyed it. She learned math at her kitchen table and never rode a school bus until she was nearly eighteen when she ran track for the local public high school. She had heard of homecoming and she had heard of some kind of crowning of some kind of queen and she had heard it was all full of glitter and tiaras and applause. Sounded great. Sounded magical. Sounded impossible for a girl who doesn’t go to real school, right? Right.

It wasn’t even the tiara … or maybe it was. Either way, becoming homecoming queen was something this girl secretly dreamed of ever since then. Of course, her opportunity for that was long gone by the time she entered college that next year.

Plot twist: I am that girl. I am slightly odd (at least, according to my roommates) and I never went to real school. Who cares that I thought colleges had lockers and who cares that I didn’t know what it meant to have a hall pass? I’m normal. 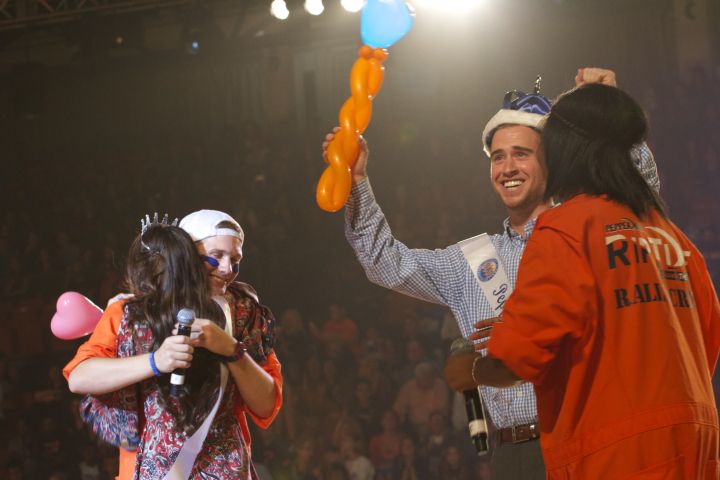 Enter Spirit Cup 2014. I was nominated by my sorority to be on the Royal Court or whatever it’s called and, needless to say, I tried to not be too excited. I’m calm and collected. I’m a senior. I’m mature. Right?

Thanks to my sorority, but most especially to three girls who ran Spirit Cup for my sorority — you know who you are — and designed a campaign strategy, brainstormed catchy slogans, stalked my Facebook to make a profile picture and, in general, made me feel like a celebrity. Also shout out to my little brother who (allegedly) texted all of his friends telling them that nothing else matters except voting for me to be Spirit Queen. Little brothers are great.

Truthfully, I had prepared myself from the moment I was told that I was nominated that I probably wouldn’t win. On Monday, I was a moderate level four out of ten of hyperactive, annoying, spastic nervousness about the whole thing. By the time Friday rolled around, I had far surpassed the one-to-ten scale and was on another planet. But, wait, I’m calm and collected, right? I’m mature, right? Guess not. 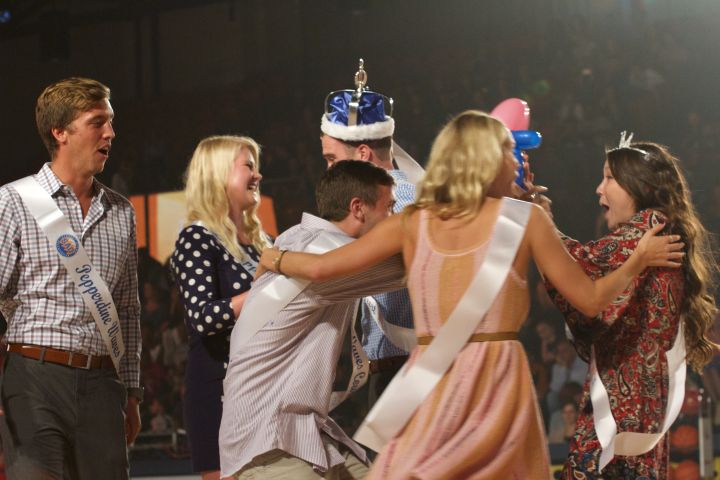 Friday night. Blue and Orange Madness. My family plus grandparents plus uncle plus a good portion of Pepperdine undergrads and their families above in the bleachers. All of the Waves Court assembled on the Firestone Fieldhouse gymnasium floor.

When I saw my name flash on the screen, I think I blacked out for a second. I don’t remember anyone applauding although I am assuming they did because I like to think I’m popular, especially now (#obnoxious #annoying #sorry). I don’t remember much except for getting the crown and the balloon scepter and hugging everyone and then sitting down. There it was. On my head and in my hands. Spirit Queen, ladies and gentlemen, turned out to be none other than that slightly odd girl with the somewhat secret and definitely improbable dream.

I owe it all to you, my dear supporters, voters, friends and fellow students. You changed my life.

No longer was I just a senior grappling with the realities with her future.

No longer was I just walking to class, sitting in class, walking back from class with the same hum-drum, humpty-dumpty, slough-a-long kind of aura.

No longer was I just a peasant (oops).

You may call me Queen T.