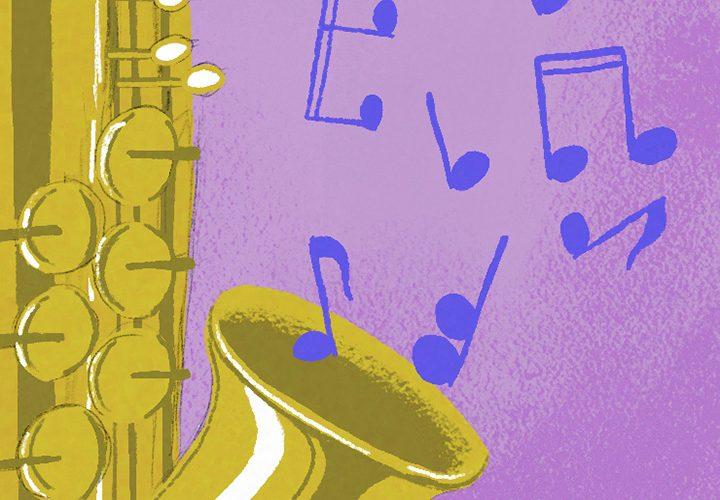 Pepperdine’s Music Department spends their time around campus trying to provide concerts rooted in emotional and immersive performances, and the department is attempting to showcase these traits as they offer performances to their audience over Zoom.

The Music Department offers various activities in the world of performing arts, such as opera, choir, classical guitar, instrumental ensembles and music composition. While all students navigate remote learning at Pepperdine due to COVID-19, music students continue to have critiqued performances, concerts and private lessons.

“When you acknowledge there are natural and incredibly beautiful harmonies that we could be engaging in rather than all this negativity that’s going around, I think that those are powerful moments,” said Malone Blaich, senior Music major with an emphasis in vocal performance. “Those are the things I try to hold onto.”

Director of Choral Activities Ryan Board said the choirs are planning to prerecord a concert and produce an a cappella Christmas album. The pre-recorded rehearsal will be live-streamed Oct. 30 and will function as the regular fall concert. Board wrote in an email that the performances will be accessible through the department’s social media pages.

“By the time you are done, the online performances look pretty inspiring, but the process is pretty different and much more cumbersome,” Board said. “It feels more like a production rather than an artistic experience.”

Board said the process of pre-recorded performances starts with him silently conducting a piece of music on video. He then shares it with the piano accompanist, who plays the choir’s various parts. Finally, the accompanist sends the video to the students who individually record themselves singing their vocal part, and Board complies it into a master file.

“It is the best way we can recreate the experience of that creative impulse that comes when you are signing with a group,” Board said. “It is the only way to figure out how to get all the tempos and cut-offs together.”

Board said the choir also hopes to start composing and recording an entirely virtual Christmas album.

“We will post it on YouTube, and people can listen to it throughout the Christmas season as sort of a little gift to the Pepperdine community,” Board said.

Board said his students are working extremely hard, but deep down, they know the essential elements of performing — such as spontaneity — cannot be recreated.

“I am kind of a positive-oriented, find-the-silver-lining-in-everything kind of person, and I will admit it has still been tough,” Board said. 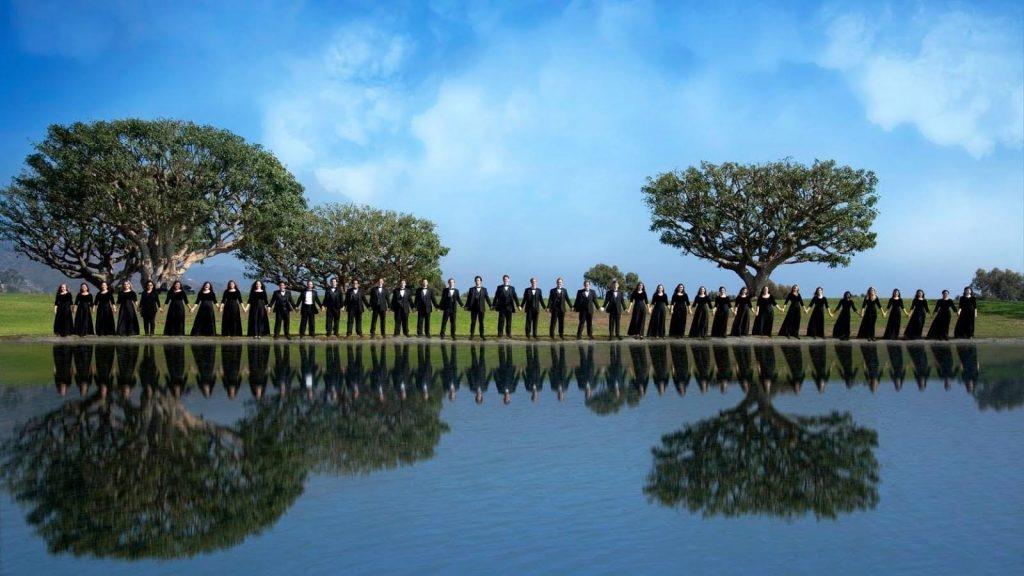 The members of the Chamber Choir hold hands during fall 2019 as they prepare for the official 2020 summer Prague Choral Festival in Prague, Czech Republic. Due to COVID-19, however, the choir was not able to make it this summer, but the singers said they hope to travel and participate in summer 2021. Photo courtesy of Haily Watson

“They made such a great impression, and I really wanted to learn from them,” Nixon said.

Nixon said the music faculty are doing the best they can. He thinks classes and lessons are working out quite well; he appreciates that when Pepperdine had to continue online, the music faculty opened communication with their students and coordinated realistic plans for their education.

Nixon said a big part of this plan was the decision to hold private voice lessons on Zoom. The student and professor use Zoom for face-to-face lessons, then they mute the Zoom audio and use Cleanfeed, a multitrack recording assistant, to practice with better audio quality.

“It is not required but definitely encouraged that majors and minors have pretty good sound equipment,” Malone said. “I had to drop a pretty penny on some audio interfacing, some microphones and an ethernet cable.”

“I’ve had a lot of success in my lessons so far,” Nixon said. “I was really shocked because I was really hesitant when this first hit.” 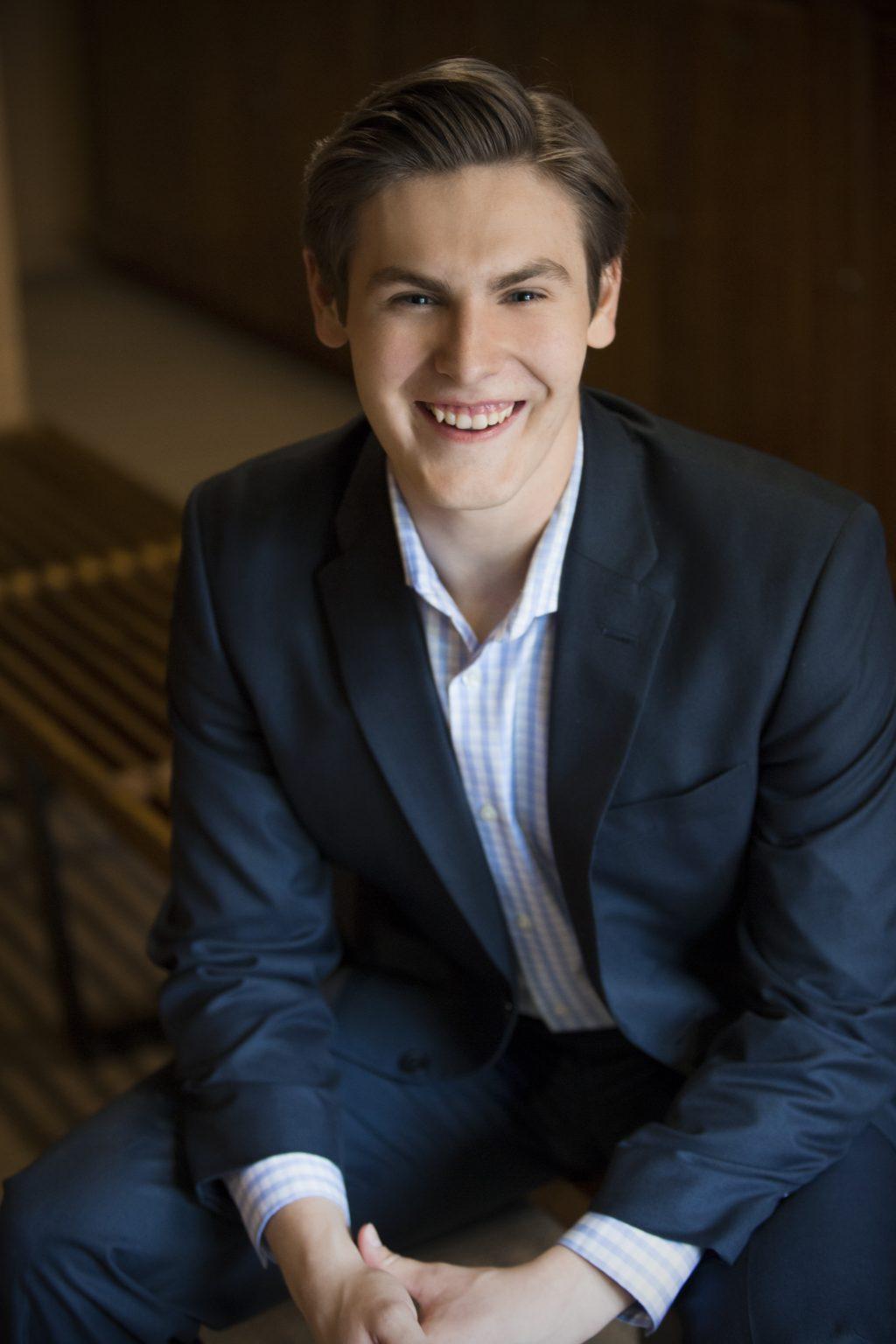 Senior Music major Liam Nixon smiles for a headshot at Taos Opera Institute in New Mexico during the summer. Nixon, a chamber choir singer, said his dream is to sing professionally, travel the world, perform opera in Europe and hopefully end up at the Met. Photo courtesy of Liam Nixon

Nixon also said the music students watch pre-recorded performances of each other every week.

“It’s definitely my favorite part of the week, just getting to stay and watch my friends perform,” said Haily Watson, senior Liberal Arts major with a music emphasis.

Watson is a part of this year’s Pepperdine Opera cast. She said they just started last week and are learning how Zoom will work for this ensemble, including single postings and no group rehearsals.

“It’s kind of more ‘do the work on your own’ because over Zoom, you can’t all sing together; it doesn’t work like that — there’s a lot of technical difficulties,” Watson said. “The music faculty has been very understanding.”

Watson said remote schooling has proven to be more rigorous than expected. She said it requires more self-initiative, such as learning the musical piece on her own, recording it with her equipment and sending it to her professor by the end of the week. 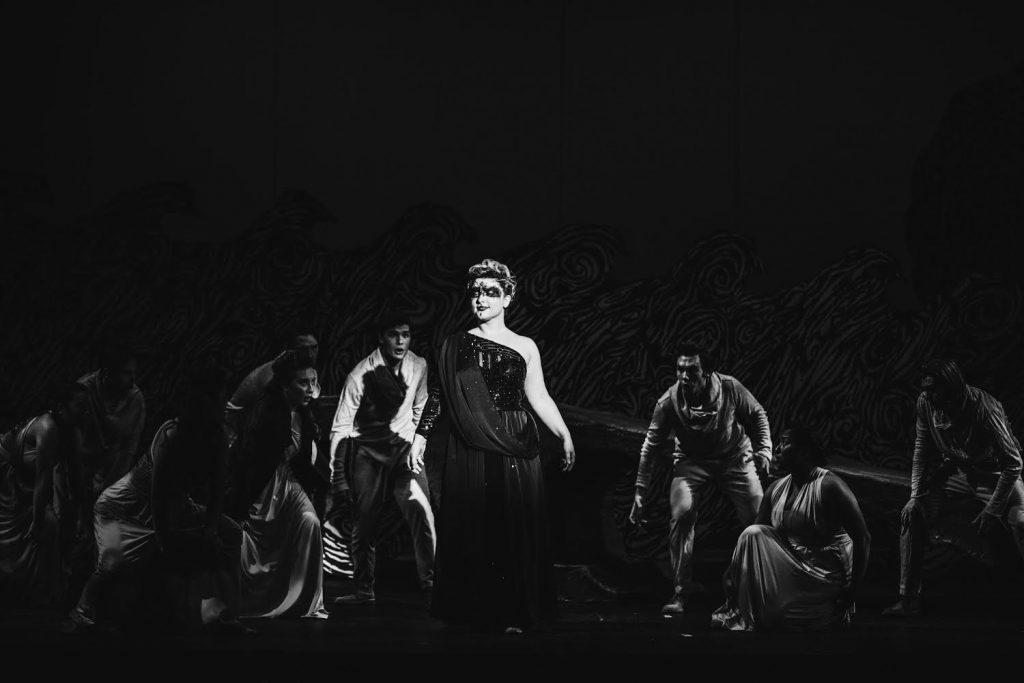 Senior Haily Watson steps out of the darkness and into the spotlight as the sorceress in the spring 2020 production of "Dido and Aeneas." Watson said she chose Pepperdine for its tight-knit community and the opportunity to study classical music. Photo courtesy of Haily Watson

With all the twists and turns the online semester has handed the music department, Sakeenah Godfrey, sophomore Vocal Performance major, said she understands how hard the faculty is working and appreciates all the help they are offering.

For example, Godfrey said the faculty sent her a mini keyboard so she could practice for keyboard exams since students no longer have access to any school instruments. While some students doubt the online performance experience, Godfrey has a different viewpoint.

“My favorite part of online school, by far, is that I have to deal with fewer nerves,” Godfrey said. “It’s nice to just be able to turn in my best take of a performance.” 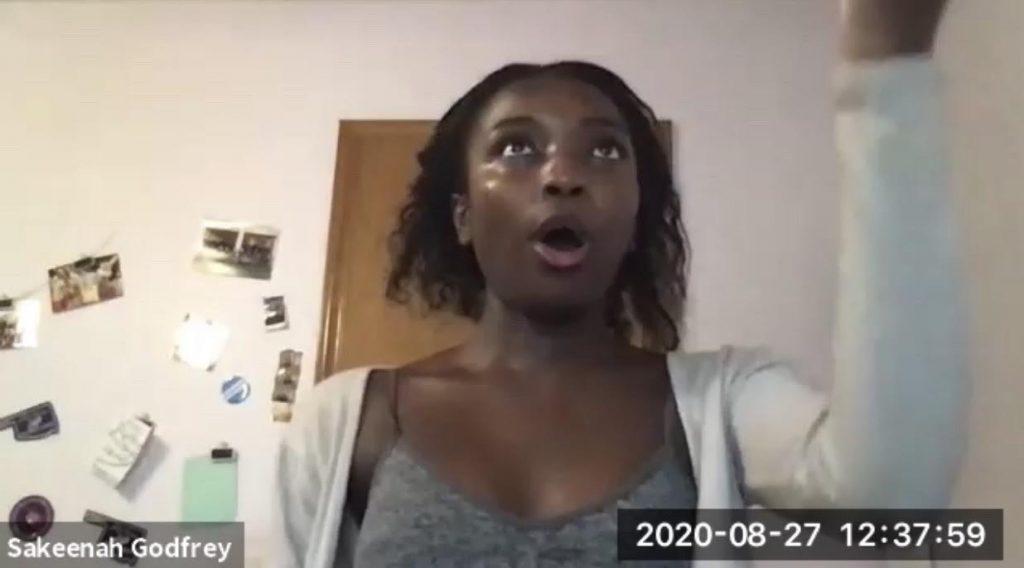 Christopher Parkening, music professor and chair of the Guitar Department, said he is teaching classical guitar through private lessons and ensemble and performance skill classes — all via FaceTime or Zoom.

Parkening said pre-recorded guitar performances occur once per month, and he enjoys seeing his students relaxed during their performances.

“My favorite part about teaching remotely is that I see the student in their comfortable homes,” Parkening said. “In some ways, they are less nervous about performing.” 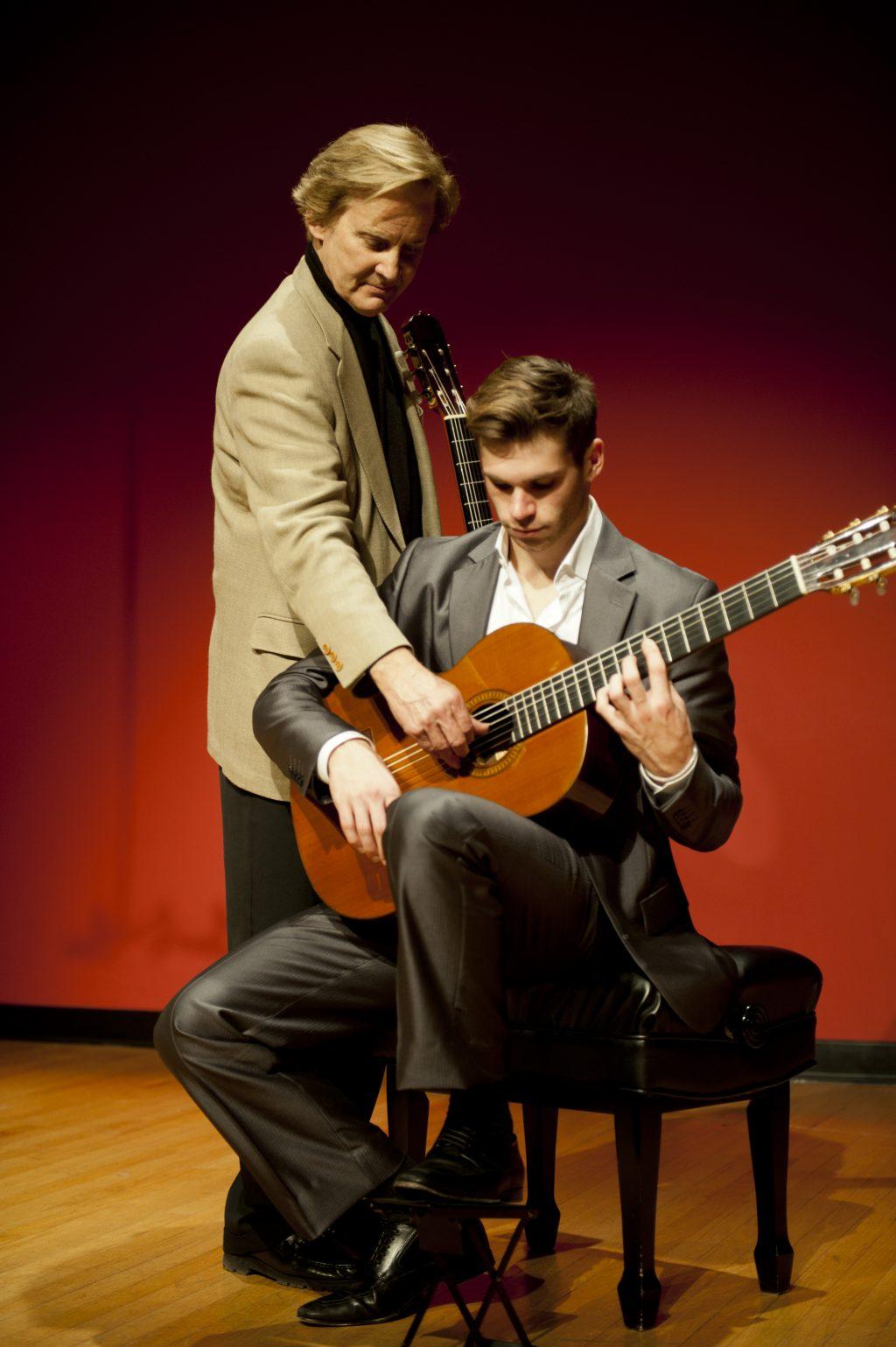 Guitar Department chair Christopher Parkening teaches a master class in Raitt Recital Hall in 2014 with his student, and now a professor, Kevin Enstrom. Parkening entered his 19th year of teaching this fall and said it is his greatest joy to work with so many talented young guitarists. Photo courtesy of Ron Hall

Music School Central ranked Pepperdine’s Guitar Department No. 1 in “The Ten Very Best Colleges for Classical Guitar Performance.” Parkening said his students are preparing for a master class, attending studio class every Wednesday and working to record and perform professionally.

While all the music faculty and students said they hope to return in the spring, they are not slowing down with producing content for everyone to enjoy this semester. 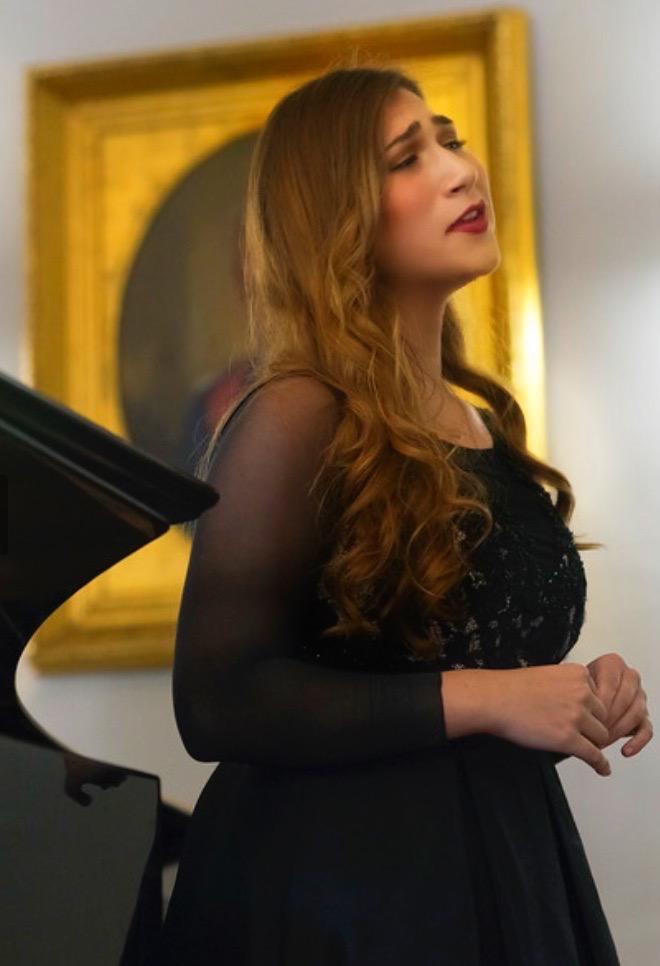 Even amidst the occasional lost Wi-Fi, challenging new equipment and hours on Final Cut Pro, Watson said she feels the work is worth it because music and love are very similar; neither can be shaken nor moved.

Watson said the Pepperdine music program has made her and her colleagues fall deeper in love with music.

“I’m excited to go out into the world and perform because I feel like my voice can do something unique and do something that is special — and not for me but for other people,” Watson said. 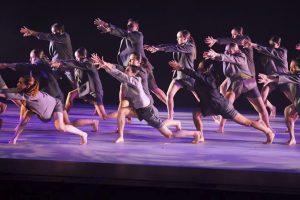 The Dance In Flight company members dance to the opening number for their 2020 spring performance. This show occurred in the Smothers...
Copyright 2013 Jupiter Premium Magazine Theme
Back to top