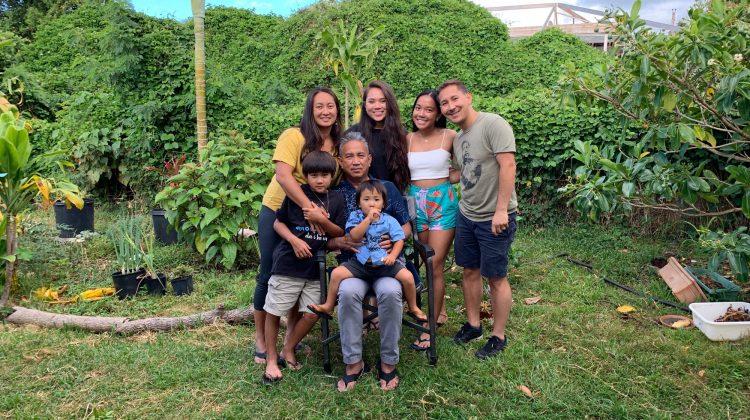 Senior Hana Shim poses with her family in Hawai’i in June 2020. Shim said she never left Hawai’i until she came to California for college. Photos courtesy of Hana Shim

Some students may refer to senior Hana Shim as, “That girl with a big tattoo down her right leg.” For Shim, however, it is more than just a piece of body art: The tattoo — ala niho, a Hawaiian tradition to tattoo down the leg from the hip to ankle — is a sign of connection between her and her Hawai’ian culture.

Growing up in ‘Aiea, Hawai’i, Shim said she did not pay much attention to her Hawaiian heritage. However, she said she inevitably became more aware of her roots when she started at Pepperdine in fall 2018. It was her Pepperdine peers who magnified her identity as a Native Hawaiian.

“Based on what Pepperdine [students] saw, they just picked out and highlighted certain things that stood out to them based on their perspective,” Shim said. “So they had a lot of impact on my identity.”

Shim is one of the six students who identify as Native Hawaiian — making up 0.17% of the Seaver College population in fall 2021, according to the Office of Institutional Effectiveness. As president of the Pepperdine Hawai’i Club, Shim aims to inform students on what she refers to as an “authentic” Hawaiian culture.

“Our mission is to educate others on the difference between Hawaiian culture and local Hawai’i culture while being a home away from home for a lot of our members,” Shim said.

Shim said the journey to raise awareness about her ancestors and culture was not smooth, especially because many students from Hawai’i are not Native Hawaiian. However, Shim is committed to welcoming every student to the club and encouraging others to utilize the platform as a way to share stories about their home.

Although Shim is empowered to share the beauty of her culture today, it took her some time to realize how difficult it is to embody that as a member of a minority. For Shim, the transition to college provided her with a lot of internal growth and self-realization.

When she was a first-year student, Shim said the demographic questions on surveys and applications always made her feel as though her unique identities had to be labeled a certain way.

“I wouldn’t have known these differences of identity if it weren’t for applying for jobs on campus or certain scholarship applications,” Shim said.

These applications, on the brighter side, made Shim realize that she was much more than just a Native Hawaiian.

“I’m identified as a woman in STEM, major in math and I’m a First-Gen,” Shim said. “I’m also a resident advisor and a member of Beta Psi Omega.”

Shim said attending a predominantly white Christian university, a lot of adversity came her way. Having attended online classes from home for the entirety of her junior year, Shim said she experienced imposter syndrome as a Math major, especially when most of her peers are white males.

“On Zoom last year, when you’re in math classes, you see everybody and then you just notice how you’re the only woman of color on the screen,” Shim said.

Over the course of three years at Pepperdine though, Shim realized the importance of reclaiming all of these intersecting identities for her to embrace.

“It’s funny to think about how intersectionality plays in but it also makes [the Pepperdine experience] more rewarding,” Shim said. “I really had to learn to overcome a lot of obstacles, and if all goes well because I’m graduating this semester, I feel like it makes everything worth it.”

At the intersection of all her prominent identities, Shim said she is excited about her future and wants to give back to her home community. After her time at Pepperdine, she is thinking about pursuing a master’s degree in math.

“My main goal is to build my expertise so I can bring it back to Hawai’i and apply to OHA that’s meant to support native Hawaiians and help with policymaking around native Hawaiian populations,” Shim said.