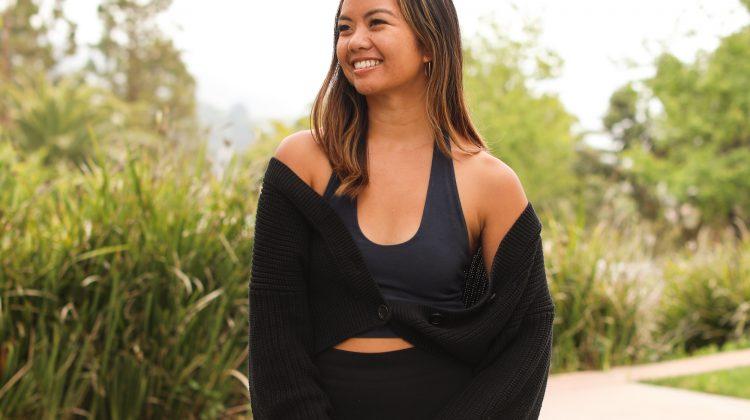 When now senior major Morena Gonzales-Yap entered her third college, she was afraid of starting something that she would never finish.

Gonzales-Yap debated whether or not to go to the business law class she had been dreading since she tried to restart her academic journey multiple times before. She made her decision when she realized she had already ordered a matcha latte to drink during class, so she decided to go.

That day of class inspired her to pursue a future in law, changing the trajectory of her life completely.

“It was never about the latte,” Gonzales-Yap said. “At the center of this moment was my deep desire to finish what I started. The latte was just an excuse to get me there.”

Before transferring to Pepperdine in Fall 2018, Gonzales-Yap took a rather non-traditional academic path. The Long Beach-born undergraduate had struggled with finding a sense of community in college. She initially began her collegiate journey at San Diego State University, and then transferred to the University of Nevada, Las Vegas, and then to Long Beach City College (LBCC).

Gonzales-Yap said she was hesitant about returning to school after she took a leave of absence between colleges, and felt discouraged.

“I decided that school was not for me — so I stopped trying,” Gonzales-Yap said.

Despite her lack of motivation to start again, Gonzales-Yap said she loved law even before going into her business law class, thanks to the film “Legally Blonde.” The law courses she took at LBCC confirmed that she had an aptitude for the subject. After two years of taking classes at LBCC, Gonzales-Yap graduated with an associate’s degree and transferred to Pepperdine as a Business Administration major and later switched to a Political Science major.

Although excited to start at Pepperdine, Gonzales-Yap said she couldn’t help feeling an immediate sense of imposter syndrome and displacement. She faced major culture shock moving from one of the most diverse cities in the nation, according to the Long Beach Post, to the predominantly white, affluent city of Malibu, according to World Population Review. She decided to take a semester off from school out of consideration for her mental health.

During Gonzales-Yap’s second semester of in-person instruction, COVID-19 forced Pepperdine to conduct classes remotely. Despite virtual learning, she said she found her footing at Pepperdine and clicked with classmates from her first semester. Now in-person, Gonzales-Yap said she tries to keep herself involved with the community on campus.

As a social butterfly, Gonzales-Yap befriends people just about everywhere, whether that means talking to someone new while in line for Starbucks, or sparking conversation on the shuttle up to her apartment. The senior said her most treasured Pepperdine pastime is walking around the Stotsenberg track.

Taking a chance, she reached out to a group of students she had met individually and brought them all together to walk the track and mingle. Together, they circled the track 15 or so times and played basketball throughout the night, laughing and telling stories that would transform Gonzales-Yap’s impression of Pepperdine.

“It’s like everything clicked all at once,” Gonzales-Yap said. “I was finally in the right place with the right people.”