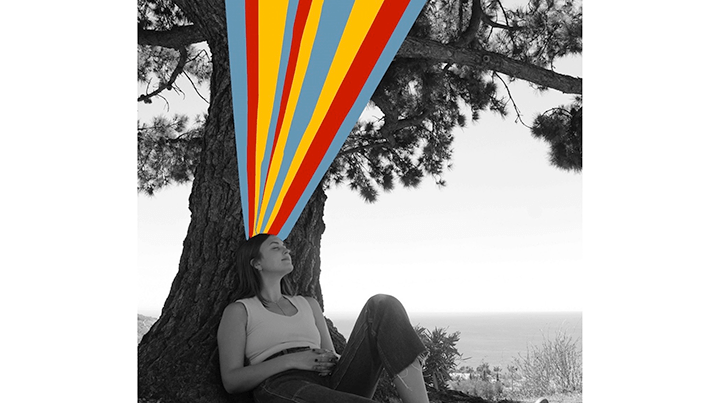 Soaring through the air, having teeth randomly fall out, and showing up for a huge speech without pants.

These are some of the most commonly occurring dreams among Americans, according to an Amerisleep survey of over 2,000 American adults.

Confusing and sometimes troubling scenarios that run wild in people’s heads during sleep actually have more meaning than some may realize, and humans have been assigning meaning to their dreams since biblical times.

Throughout the Bible, God speaks to humans through dreams and prophetic visions. Some South American cultures believe that a shaman’s dreams can bless a woman with a fruitful womb. In Portugal, dreaming of someone’s death may give them a longer life.

Dreams hold more than spiritual meaning — studies have shown dreams to have significant neurological and psychological meaning too.

“Basically, what we dream about are emotional issues that have sort of bothered us during the day,” Psychology Professor Diana Bursy said. “Some people say, ‘I never dreamed’ or ‘I don’t remember my dreams,’ but everybody dreams, because dreaming is a very helpful part of the sleeping process.”

Humans — even “non-dreamers” — actually have between three and seven dreams every night.

Dreaming is a uniquely human phenomenon, and it has played several functions throughout the history of humankind.

“Dreams have two functions as far as we know right now,” Bursy said.

The first function of dreams is as an outlet to work through the emotional issues people experienced the day prior. When people dream, the prefrontal cortex turns off and stops producing the stress-related hormone noradrenaline, allowing them to process their emotions in an environment without stress or fear.

Dreams can also function as a creative brain-storming session, with many famous artists having attributed their success to dreams.

“[In dreams,] all kinds of areas of the brain are open for interaction with one another and that can foster creativity,” Bursy said.

That’s true for all forms of creative thinking.

Dmitri Mendeleev, creator of the Periodic Table of Elements, first envisioned the table in his sleep, Paul Strathern wrote in a biographical novel.

“I saw in a dream, a table, where all the elements fell into place as required,” Mendeleev wrote. “Awakening, I immediately wrote it down on a piece of paper.”

Mary Shelley wrote in the introduction of her iconic novel, “Frankenstein,” that the idea appeared to her in the form of a nightmare.

Music artist Paul McCartney said the classic Beatles song “Yesterday” appeared to him in his dreams too, Biography.com reported.

What students dream about

“I feel like half the time I remember my dreams,” senior Adam Lucas said. “The ones I remember are usually pretty lucid and just very meaningful.”

The human brain is on the alert for things to remember even while sleeping, according to a study by Italian psychologist Luigi De Gennaro that New Scientist reported. The dreams people remember are the most emotionally charged, and the brain deems them important, whether they are awake or not.

Lucas described his “craziest” dream as an experience that still brings a smile to his face years after it occurred, during which he was able to see his father one last time after his death.

“There’s one dream I had after my father passed away,” Lucas said. “You know, as crazy as it sounds, it was like you see them in the dream and you feel them, and you know it sounds crazy because most people think, ‘Oh, you’re just coping’ like ‘It’s probably just a figment of your imagination.’ It could be, but to this day, that one dream has felt more real than everyday life.”

Senior Chloé Boudames has recurring dreams about reuniting with friends on campus.

Sophomore Psychology major Serah Hodson said she usually remembers her dreams when they are particularly emotional or impactful.

“I really think I dream probably multiple times a night,” Hodson said. “Because I remember my dreams often, and usually when I remember them [I remember] multiple dreams.”

Hodson said her craziest dream was recurring, and it happened almost every night as she fell asleep.

“This last year we had an earthquake one night while I was kind of half asleep,” Hodson said. “And then for like months afterward, every night as I would start to fall asleep, I’d have a feeling that the room was shaking and I couldn’t move.”

Bursy said the feeling of being unable to move is a common phenomenon often referred to as ‘sleep paralysis.’

The link between psychology and spirituality

Prophetic dreams have deep roots in history, most notably in the Bible, as God uses dreams to speak to humans.

As Pepperdine students explored the potential meanings of their dreams, many said they look toward spirituality for answers.

Hodson said those dreams have a different feeling from the other dreams she has every night.

“While I don’t understand all of how it works, I think it makes perfect sense that [God] would communicate with us through dreams,” Hodson said.

Religion Professor Nicholas Zola cited two stories from the Bible he believes are classic examples of God communicating through dreams — the story of Joseph from the Old Testament (Genesis 37) and Peter’s trance in the New Testament (Acts 10:9-16).

“Is it possible for people to have visions?” Zola said. “I would say yes, because God is God, and God can do what God wants to do, and it’s not my jurisdiction to say, ‘God can’t do these things anymore.’”

Psychologist Sigmund Freud was one of the first to define dreams and create theories about them. Freud saw them as encoded messages from the unconscious, forgotten memories and hidden desires.

Today’s scholars and dream researchers know that dreams are the brain’s way of processing emotions, creating visions in which people act on stressors without the presence of stress chemicals.

“Whether God is sending those visions, or whether God designed our brains in such a way as that’s how we process, and so those visions become a part of what God has kind of already implemented within us,” Zola said.

Boudames also experienced a prophetic dream, when she was a child, in which there was a baby crying and her mother was outside with the baby.

“That was a dream I had, and then several months later my mom was like, ‘Oh my gosh, I’m pregnant,’” Boudames said.

Future-telling dreams are nothing new. According to Psychology Today, Abraham Lincoln had a prophetic dream of his own assassination — three days before it occurred.

“We live in a Westernized society that tends to be skeptical of these kinds of things,” Zola said. “If we lived in a different part of the world — if we lived in the Global South, like South America or in Africa — then we might be in a society where people are much more apt to accept visions and dreams as being legitimate.”

Although Zola said he does not believe it is his place to decide whether or not prophetic dreams and visions are legitimate, he said Scripture warns humans not to blaspheme the Holy Spirit.

While the scientific world and the spiritual world may not agree on the origins of dreams, both show that dreams mean a lot more to humankind than one may think. Whether they are opportunities for emotional processing or messages from God — dreams are certainly more than “a wish your heart makes.”