Monte Carlo night gave Pepperdine students a fun outlet away from the stress of studying for midterms. The annual poker night was held Wednesday, Feb. 22, and it was filled with games, giveaways and treats for students to partake in and enjoy.

“Monte Carlo is a long standing tradition here at Pepperdine, and we wanted to continue the fun,” Richelle Bernier of the special events committee of the Student Programming Board said.

Special events co-chair Bailey Bosworth said Monte Carlo night was an important tradition for the community. “It’s a Pepperdine tradition, and the Board has been doing it for about four years, and we just really wanted to keep it going. Richelle and I really wanted to make this a great community building experience and something really memorable,” Bosworth said.

As guests entered the festival, they were greeted by an assortment of displays and poker tables. The selection of poker games include craps, Texas hold ‘em, roulette, blackjack, and Wheel of Fortune. All participants were given a ticket worth $500 in poker chips so they could gamble at any table of their choosing with the hopes of winning more money to spend on raffle tickets. 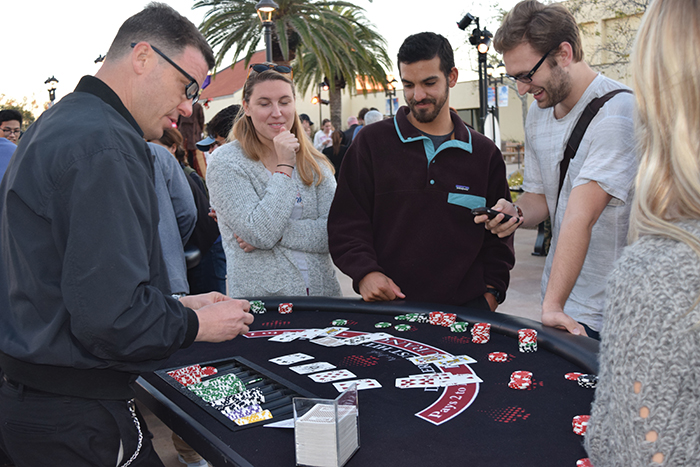 One raffle ticket cost $250 and the more money won, the greater number of tickets could be bought. The prizes up for grabs were a brand new Fitbit, a $100 Amazon gift card, a Polaroid camera, a Beats Pill speaker, and a vinyl record player.

Bosworth spoke about how the Board also catered a host of amenities to take the event to the next level.

“This year we have a real mocktail bar. Last year they didn’t have that; we had stilt walkers,” Bosworth said. “This year which was different. We had nitrogen ice cream, beignets, which were really popular, some really awesome prizes, a fun DJ, and a silhouette artist, which was very new to us.”

Board members acknowledged that Monte Carlo required a lot of hard work and preparation to make the event a success.

“Hours of hard work, so many hours. We had to coordinate with a bunch of vendors. We’ve been planning it since Winter Wonderland in December, so once that was over, Monte Carlo was on our brain,” Reiner said. 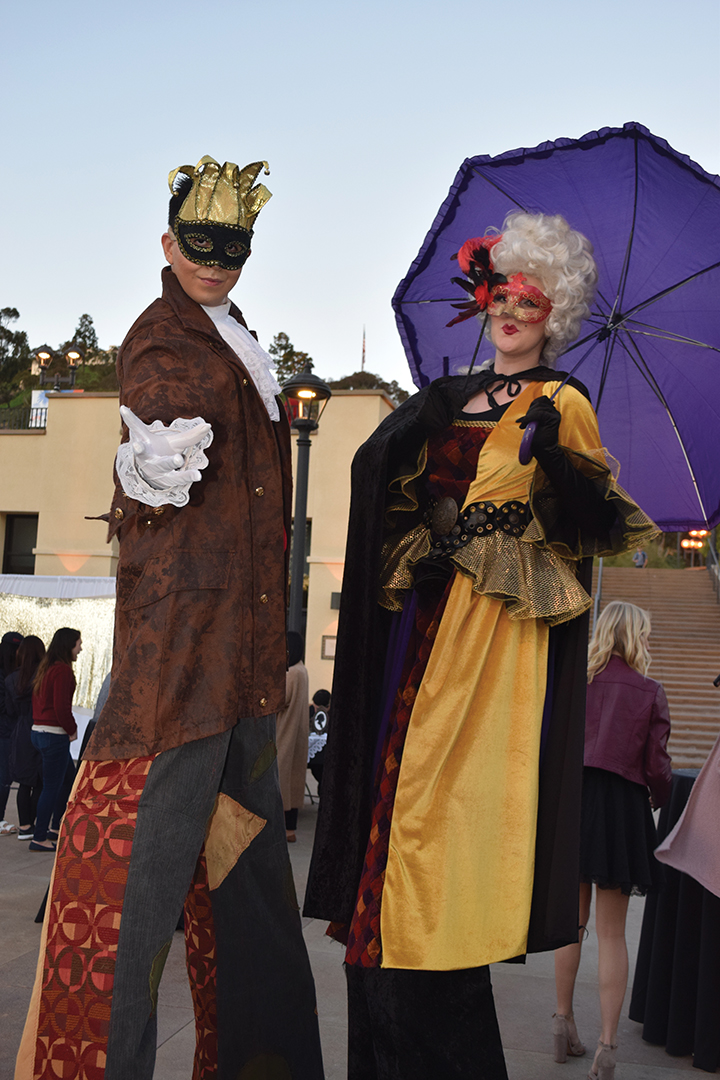 Students felt that the hard work paid off and they had high marks for the night.

Senior Neil Kotecha looks forward to the event each year and said he wasn’t disappointed.

“I personally love to gamble, so I love Monte Carlo night,” Kotecha said. “This is one of the nights I look forward to during the Pepperdine year. I love to play poker, so that was a bonus that they had poker tables. Overall the food was great the atmosphere is really cool. It’s just a fun time.”

Freshman Brock Petty said of his first time at Monte Carlo, “I really liked the event. It has a nice atmosphere with the games, the performers, the music and the mock margaritas. I think it all comes together and fits nicely.”