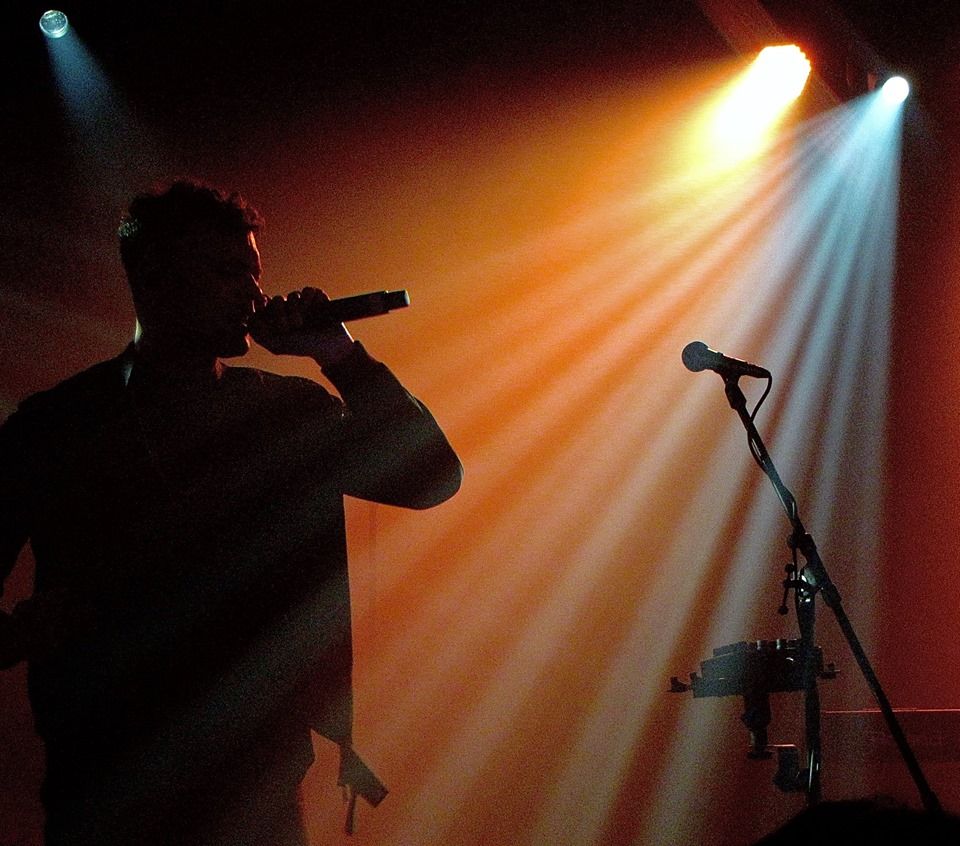 The young teenagers at The Roxy looked slightly unsure about what they were doing there, but seemed to strongly believe that their coolness factor had been upped a notch just by having something to do on a Thursday night. Standing sardine-packed at the first show of the Transviolet and Mikky Ekko tour, the kids in front of me took turns glancing around the sold-out room.

The blue lights cast an eerie glow over the stage as we all anxiously waited for the opening band, Transviolet, to make its entrance.

First to walk on stage was the crowd-pleaser — and officially my favorite person of the night — Judah McCarthy, Transviolet’s swaggering guitar player. As he worked a Flynn Rider smolder to a group of girls at the front of the stage, all I could think was, “This dude is great.”

Michael Paneck and Jon Garcia came next and took their positions behind the drums and bass. Finally, the excitement crescendoed as lead singer Sarah McTaggert, a tiny bleach blonde, walked on stage and grabbed the microphone.

Transviolet has created quite a buzz in the last few weeks as its label, Epic Records, pulled some major creative strings for the band’s promotional campaign. Before the Sept. 18 release of Transviolet’s self-titled EP, social media went into a low-leveled frenzy when people began posting that they were receiving unmarked cassette tapes in the mail with the words, “Just Press Play.” No name, no explanation — just a tiny tape with a slightly “Saw-esque” command. Despite many thinking it was a personalized terrorist attack and contemplating calling the FBI, when some obeyed the command, Transviolet’s single “Girls Your Age” greeted their ears.

Back at the Roxy, Transviolet began playing songs from its EP, which featured four minimalistic pop songs with good hooks. McTaggert’s voice, the lovechild of Halsey and Lana Del Rey, had an edgy-yet-babyish tone that created a certain force behind every song she sang.

The sound was tight, but the performance left me wanting more.

Though I understood what Transviolet was trying to do with its flawless instrumentation and tight-backing tracks, the production was missing the spontanaeity and creativity of a “performance,” rather than just a show. The movements of the members seemed memorized; the transitions between songs, quick; and the interaction with the crowd, minimal.

As the band finished up with its single “Girls Your Age,” I came to the conclusion that the show was a bit too rehearsed for my taste. However, as a relatively new band, it has time to rough it up a bit in the future if it so chooses.

We’ll just have to wait and see.

Transviolet left the stage, which before long became bathed in red, smoky light.

All of a sudden, Mikky Ekko appeared.

Sporting a leather jacket and a half-shaved head, Ekko began taking the crowd through the journey of his new album, “Time.” The one-time chart-topper got the audience moving with his song “Watch Me Rise,” showcasing his pitch-perfect vocals and great stage presence.

Throughout the middle of the performance, Ekko carried his sweat towel with him, using it to whip the air every once in a while, which elicited some screams of excitement from the audience.

“This is the first show of the tour, and I –– I’m so happy to be here,” Ekko said after his upbeat song “Love You Crazy.” Revealing a schoolboy grin, he looked into the audience. “Sorry, I stutter when I get excited.”

Much different from Rihanna’s 2012 Grammy nominated hit, “Stay” (which he was featured on), Ekko’s set rocked out to a new beat that was comparable to One Republic, launching him into the beginning of a new sound, new album and new tour.

My ears were pleasantly ringing by the time Ekko took his bow. At the end of the night, I left the Roxy with a feeling of satisfaction, and the lyrics of Ekko’s song “Time” were running through my head:

“Time doesn’t love you anymore, but I’m still knocking at your door / Honey, we can run forever, if forever’s what’s in store / Oh, time to take me home.”