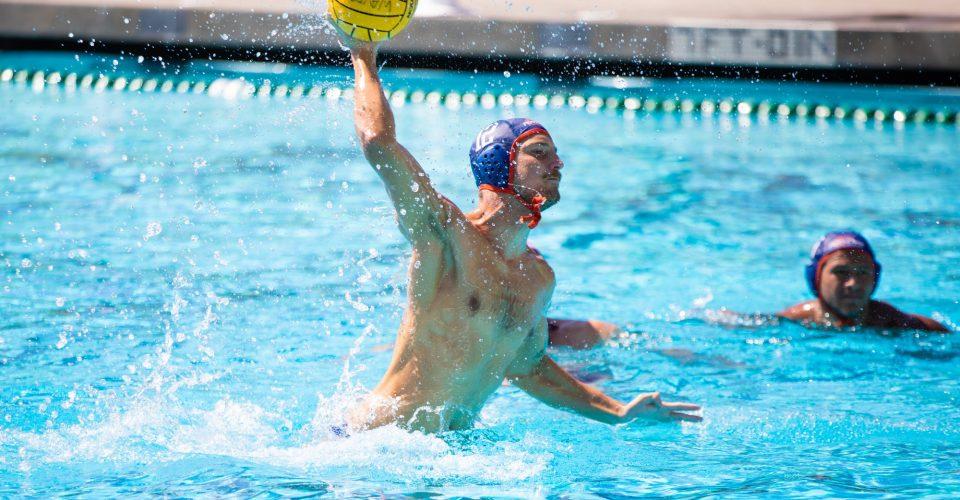 Senior Attacker Balazs Kosa attacks the net in the Waves’ 11-9 loss to Stanford on Sept. 18. Kosa leads the Waves in shots (85), goals (35) and assists (34) this season. Photo by Ryan Brinkman

No. 9 Pepperdine Men’s Water Polo beat No. 14 UC Irvine in their Golden Coast Conference opener in Malibu on Oct. 16. The game ended with a 9-6 win for the Waves.

The Waves started out strong, scoring seven of their nine goals in the first half, but stagnated in the third quarter and gave up three goals in the second half. The team struggled to make goals within the thirty second time period, often having to switch to defense before they could make a decisive play. Pepperdine came back in the fourth quarter, solidifying their lead and ending the game with two more goals.

“I think the team was feeling pretty good about themselves,” Head Coach Terry Schroeder said. “We’re coming together and obviously we started the game how you want to start a game, on the scoreboard.”

The Waves scored quickly, with senior center Nicholas Fichman nailing a goal in the first 20 seconds. Fichman’s shot, assisted by senior attacker Balazs Kosa, pushed through UC Irvine goalkeeper Harrison Lands’ hands from the left side, and started the Waves’ momentum for the first quarter.

At the 6:06 mark, sophomore attacker Jake Howerton made the second goal into the net’s wide-open right side for the Waves. At the 5:23 mark, Irvine countered with their first goal of the game. Fichman came back to widen the gap, bringing the score to 3-1.

Sophomore center Travis Reynolds and sophomore center defender Nico Tierney both scored, giving the Waves a 5-1 lead. Tierney threw his shot close to the net, in a high, tight arc over the Irvine goalie. Irvine managed to score with 53 seconds left on the clock, bringing the final score of the first period to 5-2 Waves.

“Our centers are starting to do well,” Schroeder said. “Fichman and Travis Reynolds and Austin Smith, and everybody demanding respect in the center, so that’s opening up the outside jobs, so there’s a lot of things working.”

In the second quarter, the Waves and Anteaters battled to block each other’s goals at the net, before Kosa slammed the ball down into the net on a penalty shot, bringing the game to 6-2 at the 2:30 mark. Both teams attempted goals until, at the 5:30 mark, senior attacker Sean Ferrari scored with an assist from Kosa.

Neither team was able to score for the remainder of the period, ending the first half with the Waves up 7-2.

“We got a lot of guys who scored balls,” Schroeder said. “Kosa is our leading scorer, he’s number 12, our senior, and he’s been doing a great job at practice. He’s able to score because he gets his hands on the ball, so on a counter attack many times he’s leading the counter and that’s what’s huge.”

Waves Come Back in the Second Half

Ferrari and Kosa started the second half with an attempt toward the goal, which Irvine’s goalie blocked at the net. Irvine managed a goal early into the third period, bringing the score to 7-3 with 6:04 left on the clock.

Pepperdine and Irvine continued to make moves toward the goal only for each time to be intercepted or blocked at the net. Tierney stole the ball with less than 10 seconds left in the third period, but was unable to score in time, leaving the Waves with a four point lead of 7-3.

During the fourth period, Irvine came back with a vengeance, scoring in less than a minute and bringing the score to 7-4. Ferrari made several attempts towards the goal only to be blocked despite passes from Tierney.

With six minutes left in the game, Irvine scored again. A precarious two points stood between a win and a tie, as the numbers 7-5 displayed on the scoreboard.

“Every game we want to come here and do our best,” Kosa said. “The end of the season’s coming up so there is no time for being lazy or taking a break. You have to focus in every game as hard as possible.”

The Waves blocked two more attempts from Anteaters to tighten the game, with less than three minutes left on the clock. Both teams flung themselves into blocks and made aggressive shots at the net.

Neither team could find their passing rhythm until Kosa scored with 2:40 left on the clock, with a throw that bounced off the goalies’ left shoulder, widening the gap for the Waves and bringing the score to 8-5.

With less than a minute left, senior attacker Michael Dakis caught the ball, throwing to Fichman in a pass that sailed over the heads and hands of Irvine’s defense. Catching and throwing the ball under the goalie’s right arm, Fichman scored his third and the final goal of the game, bringing the score to 9-5.

With 11 seconds left on the clock, Irvine once again managed to slip past the Waves defense, but it was too late to make up the four point lead, and the game ended 9-6 Waves.

“Honestly, it’s just in this game sometimes they score, sometimes we score,” Kosa said. “I know they played better in the last quarter, we got lucky a couple of times before, and I guess when we needed it the most, and that’s what’s important.”

Saturday’s game marked the second-to-last home game for the Waves, who will compete against University of the Pacific on Saturday, Oct. 23.

“I’m excited to be at our last home game, senior day as well,” Kosa said. “Hopefully a bunch of people will come, it’s gonna be super exciting. We haven’t been in a long time so it should be fun.”

The GCC comes down to a tournament Nov. 21.

The team is hoping to get a top seed, Schroeder said, allowing them to skip the first day and play only a two-game tournament.

“We’ve won the tournament being the fifth seed, and we could come in any other way so continuing to grow as a team and continuing to learn what we can do,” Schroeder said. “You’ll see next weekend is a real tough one.” 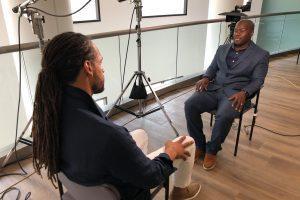 Howard Jean-Denis sits for his interview with "Good Morning America," which aired Oct. 9. Jean-Denis said the aim of the interview...
Copyright 2013 Jupiter Premium Magazine Theme
Back to top