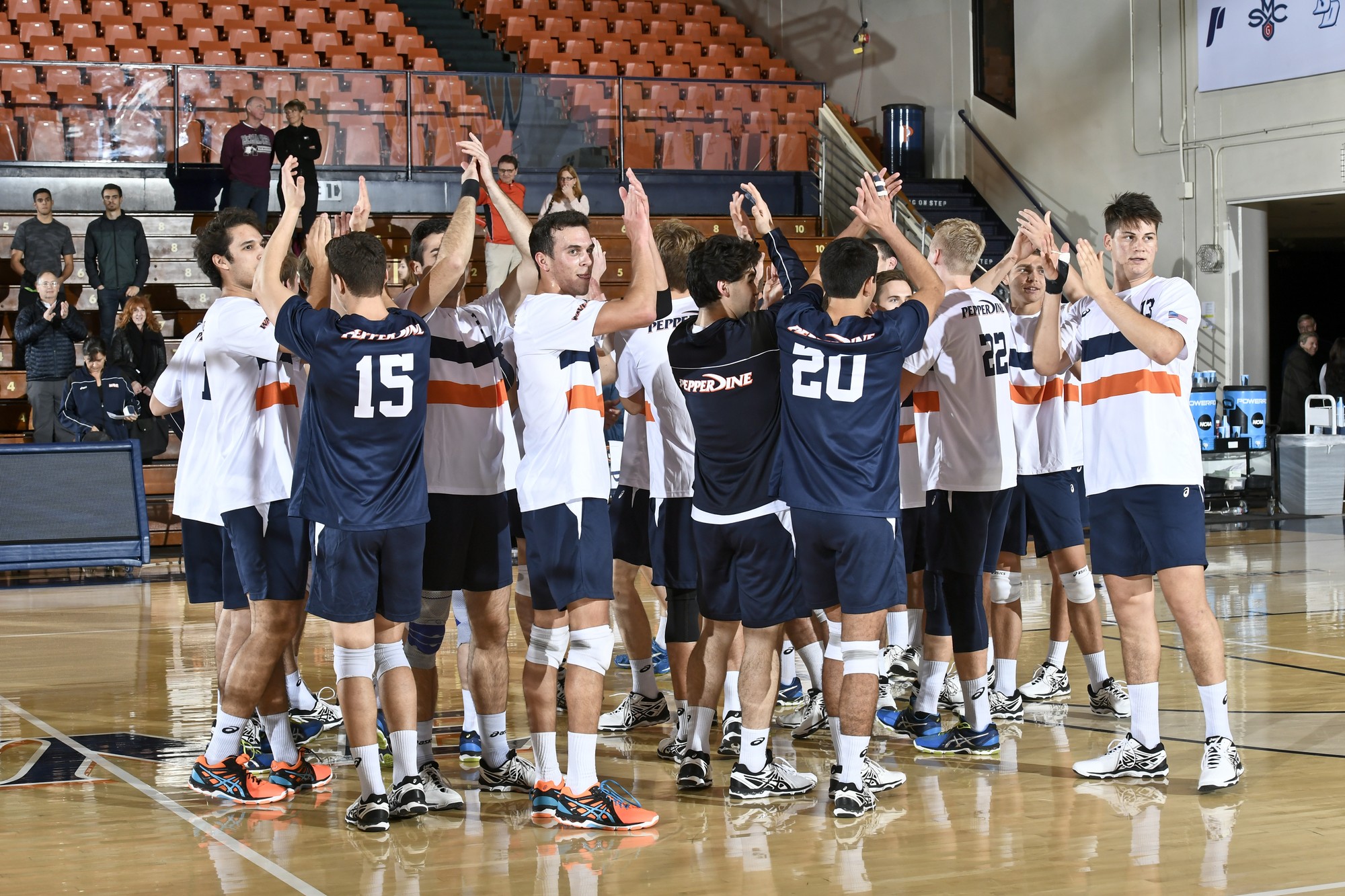 Men’s volleyball, ranked No. 5 heading into the season, kicked off their 2017 season on Jan. 4, playing three games in three days and showing a great deal of depth in their lineup. They defeated McKendree in five sets and defeated Canadian team McMaster in two exhibition matches as well.

“I think winning in five sets showed how strong we are when we put it together and play as a team,” senior Max States said, “the longer the match goes on, the more we feel comfortable.”

The team finished the match with an overall hitting percentage of .350, but hit at .476 or above for the final three sets. Redshirt sophomore and outside hitter Dave Wieczorek led the team after entering in set three, with 19 kills. Sophomore opposite Michael Wexter, senior middle Mitchell Penning and freshman outside Noah Dyer all posted double digit kills as well, with 17, 14 and 10, respectively.

Serving was strong for the Waves in the first game of the season, finishing the match with seven service aces. Wexter posted three, while States had two and Penning and Dyer each had one. Wexter also posted seven digs and four blocks in the win, while Dyer and Penning each had five blocks apiece, as well.

“It was also great to see our depth put to use and see that we can change things up which should worry other teams,” States said.

Senior setter Josh Stewart and redshirt junior libero Weston Barnes led the Waves in digs, with 11 and 9 respectively. Stewart also had 52 assists in the opener.

Harthaller and Yoshimoto both had double digit digs with 10, while Stewart led the team in assists with 42. Chamberlain led the team in blocks for the second day in a row with six.

“It felt great to start the season off with three wins,” Wieczorek said, “It was awesome to compete against a team from the MIVA and one of the top-ranked teams in Canada. I’m glad we rallied to win a couple matches in five sets, it shows how tough we are as a team.”

The Waves had 15 players see action in the three games, showing a great deal of depth in this years squad. The starting lineup varied from night to night as the coaching staff tried out different combinations of players.

The Waves graduated just two seniors last year, but two valuable players in second team All-American opposite Matt Tarantino and honorable mention middle blocker Tommy Carmody. They ranked No. 5 in the AVCA preseason coaches poll this year after finishing 2016 ranked No. 7 in the nation.

Moving forward, the Waves will play No. 8 Loyola-Chicago and No. 9 Lewis in Illinois on Jan. 13 and 14. Both are strong squads who have seen trips to the NCAA tournament in the past few years, with Loyola-Chicago winning the national title in 2014 and 2015. The non-conference match-ups will put the Waves to test early this season.

“I think the thing I’m most excited about is going home to play Loyola and Lewis,” Wieczorek said, “I grew up watching those teams play and I’m excited I get to go home and compete in those gyms. I know Pepperdine hasn’t been to the Midwest in a long time, so it’ll be an amazing experience.”

After their midwest trip, Pepperdine will be back at home in Firestone Fieldhouse on Friday, Jan. 20 to take on Stanford at 7 p.m.