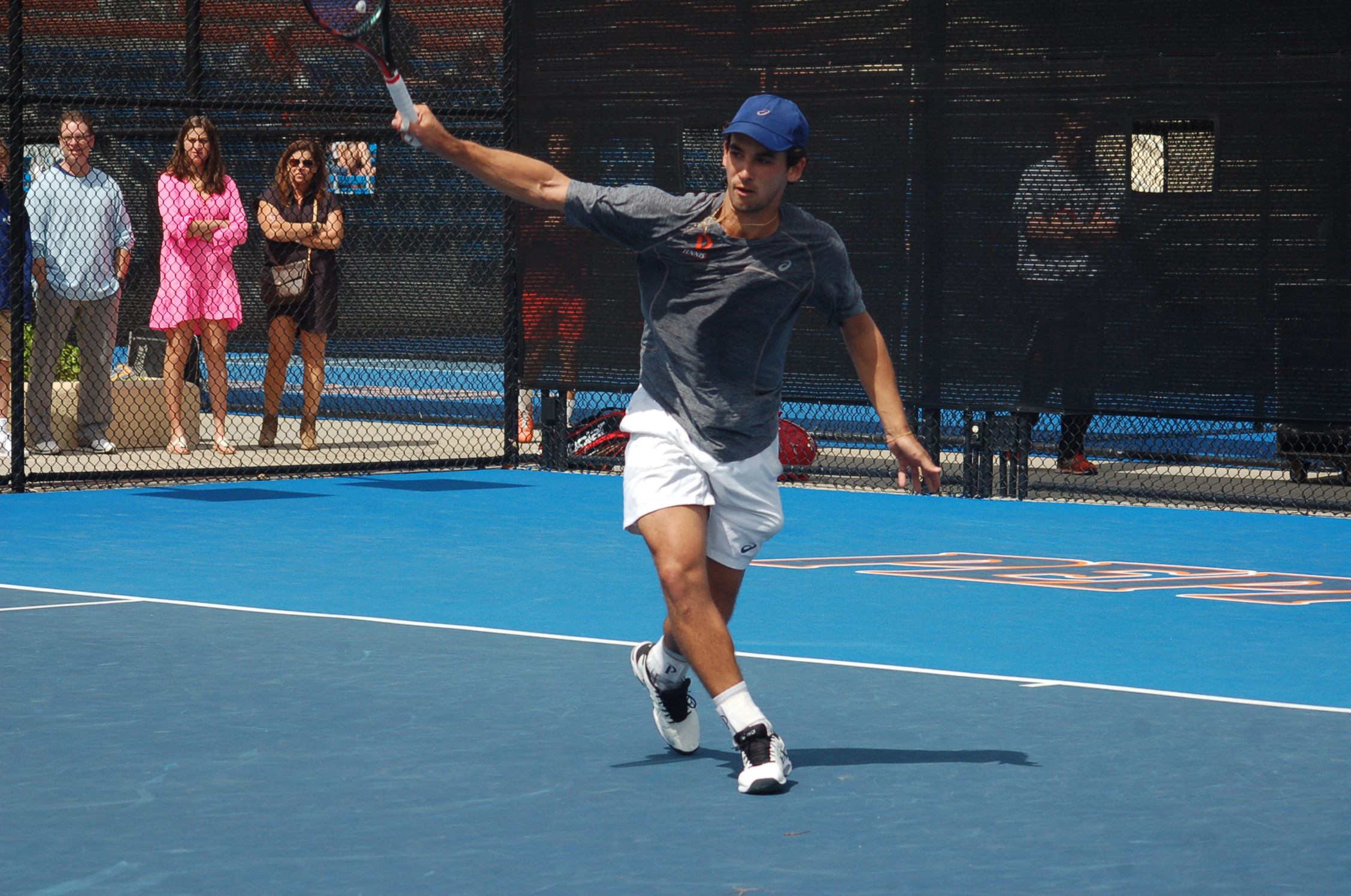 The Men’s Tennis team opened West Coast Conference play this weekend with a sweep of Saint Mary’s on Friday and Pacific on Saturday. Both series brought the Waves’ overall record to 6-7.

“I am very pleased with how we competed this past weekend,” Head Coach Marcelo Ferreira wrote in an email. “Guys are fully embracing the culture and focusing on getting better every time they step on the court.”

Pane, Iamachkine and freshman Dane Esses completed singles wins to clinch the match for the Waves. The rest of the games were not completed once the Waves had swept 4-0 — thereby winning the series.

Saturday’s matchup with Pacific finished with similar results. Freshman Jack Van Slyke and senior Stefan Menichella grabbed a double-win for the Waves early on and were followed by Hadlich and Sidney to solidify the doubles point.

Hadlich then won 6-0, 6-0 to finish the first singles win. He was followed by Esses and then Pane, bringing the Waves to another 4-0 victory.

“We really made a strong statement by beating two conference teams 4-0,” Menichella said.

Ferreira wrote he was impressed with the team’s performance this weekend.

“I have been preaching to them that I want them to focus on the process without worrying about the outcome and to play joyful, fearless tennis and they are totally devoted to doing that,” he wrote.

Menichella said he thinks the team can continue to improve upon these performances.

“As pleased as I am with our play thus far I know we still haven’t come close to reaching our ceiling,” he said. “I’m really looking forward to achieving our full potential and having a successful postseason.”

The Waves play Boise State in Idaho this Saturday. Looking forward, Ferreira says the Waves have big goals for the rest of the season, but want to take it day-by-day in the process.

“Our goal for conference is to always win the regular season and the conference tournament,” he wrote. “However we don’t like to think too far ahead. That is certainly our ultimate goal but our focus right now is on our next challenge which is a nonconference match against Boise State and then get ready for conference play against two very solid teams in Santa Clara and San Francisco.”

The Waves resume WCC play next week at Santa Clara and San Francisco before returning home to play BYU on April 14.