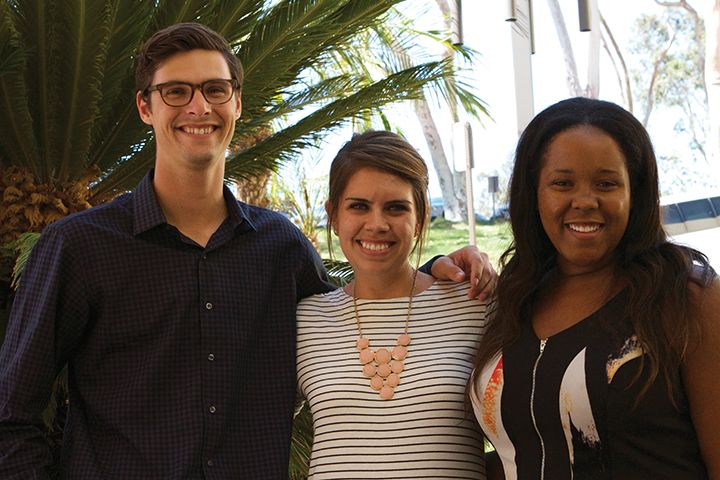 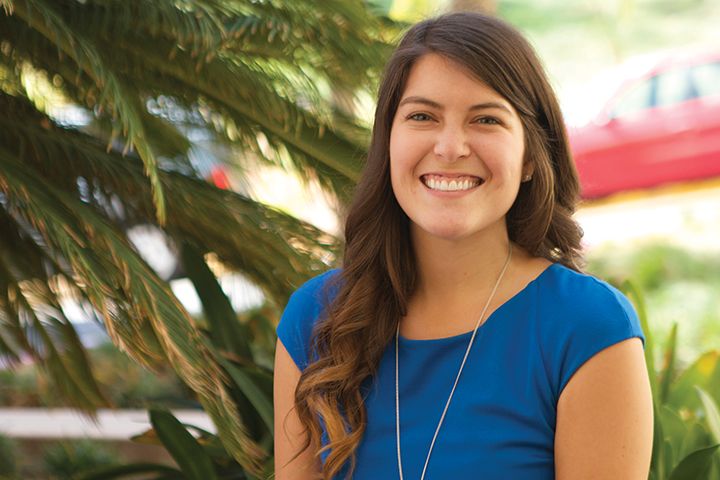 Stephanie Chapman graduated from Pepperdine in 2013 with an international business degree. She began working as an admissions counselor at the end of July.

Most memorable study abroad experience: “My homestay family was absolutely wonderful. They were … the best cooks, which I heard doesn’t normally happen … it’s hit or miss … but [they] only spoke Spanish, and I had only taken a semester before I went there, so my Spanish was very limited. So those first few dinners I remember I was just struggling to pick up on a word or a phrase that they said … They were so patient with me, but my Spanish improved so much from when I got there to when I had to leave.”

Most memorable thing read on an application: “Since I just started I haven’t gone through reading season yet.”

Favorite place to travel as an admissions counselor: “I am most looking forward to visiting Portland, Ore., as it will be my first official trip.

Looking forward to over the next year: “Professionally, I’m so excited to get on the road and to meet students. I’m excited for the students who have heard about Pepperdine … but also the ones who maybe have never heard of Pepperdine, and I get to be the first one to tell them about it. Personally, I just got married … this first year I’m really excited for. I’m also doing a junior women’s small group with … some of my residents from their freshman year.” (Chapman was an RA during her time at Pepperdine). 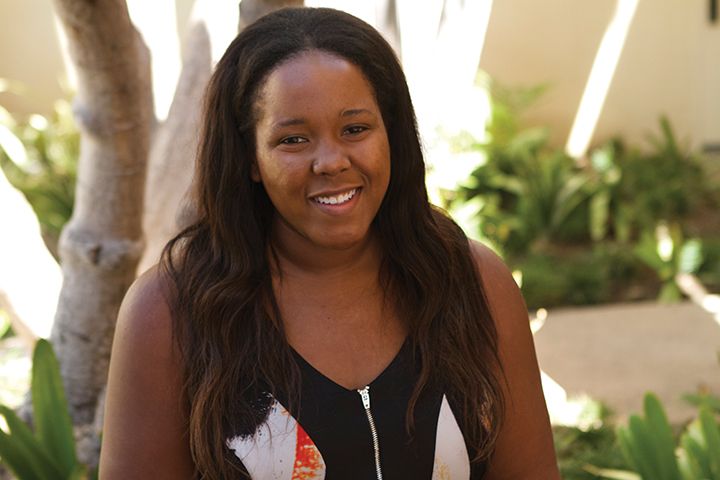 Harper Matthews graduated from Pepperdine in 2012 with a degree in psychology. This is her third year as an admissions counselor.

Most memorable study abroad experience: Hiking on glaciers in Patagonia with her International Programs class as part of an Educational Field Trip. “It happened to be Valentine’s Day, so I said that I had like 54 valentines … It was like all the people in my program, and it was absolutely amazing.”

Most memorable thing read on an application: One of her applicants created a nonprofit after noticing that many women at her high school did not attend school dances because they could not afford to purchase dresses. “She would go to all of these designer stores and ask them if they would donate dresses. It started in her closet … and then it got so big that people donated [enough] for her to open up her own boutique.”

Favorite place to travel as an admissions counselor: Denver and Sacramento.

Looking forward to over the next year: “Professionally, I am extremely excited about the fact that we are having our first Washington D.C. regional information session, and it’s going to be taking place at the Pepperdine Washington, D.C. house and I get to be a part of that.” 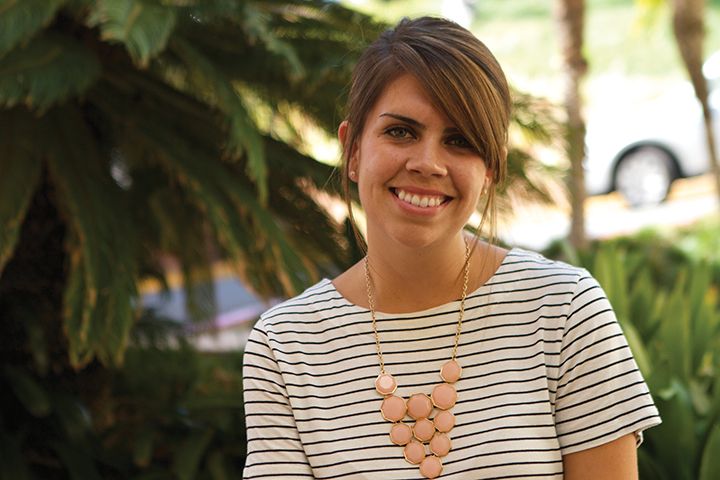 Ashley Alvarado graduated from Pepperdine in 2011 with a degree in liberal arts. This is her third year as an admissions counselor.

Most memorable study abroad experience: “Joelle, my French teacher, took us to a French restaurant that had a lot of macaroons and we just spoke in French. Well, kind of. It was like, English and French. Mostly English. But that was her stipulation. She would take us to this macaroon store if we would speak in French.”

Most memorable thing read on an application: “One student that really stood out to me my first year … was Jake Szarzynski — he’s awesome. He started a charity project and he made this duck pond ice hockey event to support one of his teammates because he had some sort of medical condition that happened, and he needed help paying for some of those medical costs.”

Favorite place to travel as an admissions counselor: Chicago.

Looking forward to over the next year: “Professionally I’m looking forward to our Fridays in Fall events. They’re always a lot of fun and we meet a lot of students who are highly interested. Personally, I’m in two Pepperdine weddings next year and I’m excited to reconnect with those people.” 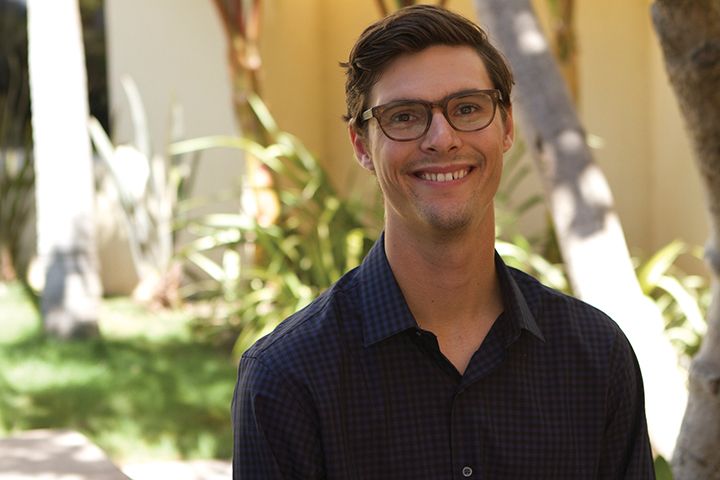 Corey Howard graduated from Pepperdine in 2013 with degrees in liberal arts and teacher education. He has been an admissions counselor for two years.

Most memorable study abroad experience: “During the 25th anniversary of the fall of the Berlin Wall, I was actually able to do my version of Ferris Bueller’s Day Off and kind of have a skip day. I talked to my professor and said, ‘Herr Sattler, I’m really excited for whatever you’re going to teach today, but there’s a great event happening in Berlin, can I go?’ He said, ‘Corey, I don’t even know why you asked, you should just go.’ That was probably the most memorable skip day I’ve ever had.”

Most memorable thing read on an application: An essay proposing a new course called Golf 101, which was written in response to the prompt ‘If you could create any class at Pepperdine, what would it be and why?’ “I don’t play golf at all, but he turned it into something like Tuesdays with Morrie. I really appreciated how that individual kind of resonated with mentorship and just seeking wisdom from the last generation.”

Favorite place to travel as an admissions counselor: Nashville and Dallas.

Looking forward to over the next year: “I’m getting married Nov. 9, so personally, I’m very excited about that. Professionally, I’m really excited for the collaboration among our office and just working as a team to craft this new class and go out and meet the new faces.

Jennifer Akamine Phillips graduated from Pepperdine in 2006, with a degree in communication. She has been an admissions counselor for two and a half years.

Most memorable thing read on an application: “We have a faith question, and there was a student who responded that faith has played a big role in his life, especially in helping him find a girlfriend. Another one was a recommendation letter from a mom. Usually recommendations from moms tend to be very biased, but this one was very honest, and she said basically her son was an airhead. One student’s opening paragraph was about his butt, and he used a lot of euphemisms for butt because he got an injury, but it ended up being a very profound essay.”

Looking forward to over the next year: “Professionally, I really enjoy seeing students from the first initial contact of recruitment from high school visits and seeing them actually enrolled in Pepperdine. That’s what I look forward to every year: is advocating for students that I think would be a great fit. Personally, I’m trying to learn the guitar, and I’m also teaching a [COM 180] course, so to hopefully be an impactful adjunct professor for the students in my classroom, and then also to balance all of that with my doctoral studies in higher education.”

(Phillips was unavailable for a picture). 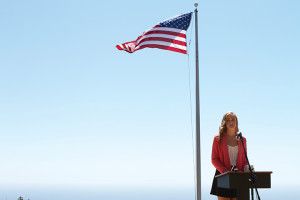 Photos by Marisa Padilla Freshman Halley Burnett is the daughter of 9/11 hero and alumnus Tom Burnett, who sacrificed his life...
Copyright 2013 Jupiter Premium Magazine Theme
Back to top