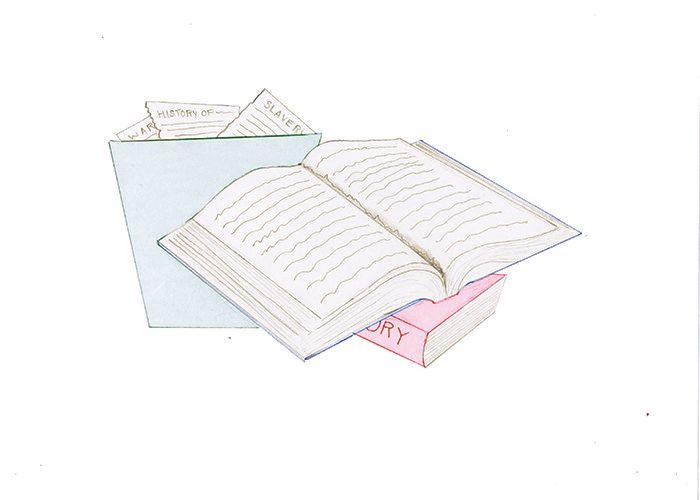 History isn’t linear; it’s an idea that we learn over time, after repeated history classes. It’s something that ebbs and flows and often repeats itself, even when we don’t want it to. Teaching history is important so that societies’ or governments’ failures aren’t repeated, but if history isn’t recorded or taught correctly, then the truth is hidden.

An article written by Alia Wong for The Atlantic on Oct. 21, titled “History Class and the Fictions About Race in America,” discussed how truth was twisted in a textbook. In a geography book by publisher McGraw-Hill, a map describing trade in the South said, “The Atlantic Slave Trade between the 1500s and 1800s brought millions of workers from Africa to the southern United States to work on agricultural plantations.”

It may be a mystery how such a description made it into a textbook, especially one that is widely read, but this is exactly the reason a statement like this can exist. Comments such as these are written to be inoffensive or downplay controversial topics, especially in textbooks that are widely circulated.

Teachers, then, should be the filter from textbooks to students; they should be the individuals barring a text’s bias or errors from entering students’ minds. History will always be twisted by those who write the text, so it’s up to those who instruct it to make sure the truth is as objective and illuminating as possible.

Wong’s article points out that 34 percent of teachers instructing history do not have certifications or majors in the topic. This leaves an enormous gap for students in history classes, one that could be solved through the certification of more teachers and by schools ensuring that their teachers are knowledgeable about the subject they wish to teach.

The sort of writing in this textbook proliferates ignorance in students and blinds them to the violent truth of the slave trade. To tell students and children that people who were enslaved were “workers” implies that they worked for a wage or some sort of payment; it implies fairness. What we should be telling them is the truth: The only wages enslaved people received were cruelty and captivity.

McGraw-Hill apologized for the error and is implementing a more diverse review system to ensure their books actually respect people. But the fact that someone wrote that line, that it’s still very possible to influence how history is told, means that we are doing something wrong. Teachers need to teach a critical understanding of history, but students themselves need to take on a critical mindset. Don’t stand for anything less than truth: Be critical. 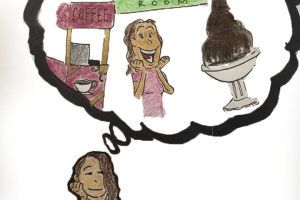 Art by Peau PorotesanoMany have spoken in hushed tones about Payson Library renovations that are to come — mainly because...
Copyright 2013 Jupiter Premium Magazine Theme
Back to top