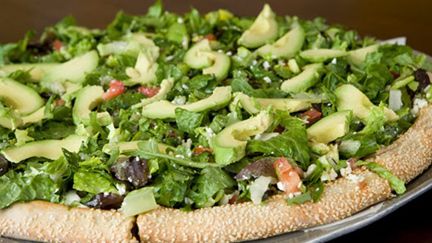 Nestled between a quaint Starbucks and Vintage Grocers at Trancas Country Mart in Malibu lies the Italian eatery, Mangia. The restaurant, named for the Italian word “eat,” is operated by Antonio and Sarah Alessi, co-owners of Tra di Noi, a local favorite at the Malibu Country Mart. Although Mangia offers similar traditional Italian dishes to Tra di Noi, it adds a casual flare into the mix with wood-fired pizzas and a full-liquor bar. Since its initial opening at the end of last September, Mangia has unfortunately acquired a mixed report: Yelp rates Mangia a mere three stars.

Mangia is an easy nine-mile drive from campus on PCH. With its affordable menu, it has the elements to be a happening spot for Pepperdine students. Surprisingly, the eatery’s name is mostly unheard of on Seaver campus. To explore this strange enigma, I had dinner at Mangia this past weekend with two friends.

On a Friday night, Trancas Country Mart is a lively scene; the parking lot hosts few vacant spots as Malibu residents make their way toward a rectangular patch of grass at the center of the square, a welcome attraction for family get-togethers and live music. Mangia’s outdoor patio lines a side of the square, giving guests the option of enjoying Jack Johnson-esque music while munching on a homemade “speciale” pizza, a choice of gluten-free or white flour dough, decorated with tomato sauce, fresh mozzarella, oven-roasted cherry tomatoes and fresh basil, baked in a wood-burning oven imported from Italy.

From the outside, the restaurant seemed promising; the patio was full, and the guests seemed satisfied. As soon as we walked into the restaurant, however, the prosperous night took a turn for the worse. At first glance, the interior was lackluster. A string of holiday lights lined the ceiling, which could have added a nice touch to the dim atmosphere, had they been turned on. Tables were reminiscent of Lovernich furniture: stained wood and slightly dirty. Perhaps the mere three tables occupied by guests should have been a warning sign.

Hungry and intrigued, we followed the hostess across the restaurant, only to be greeted by a suspicious smell wafting from the kitchen. As we exchanged confused glances over what the smell might be, the hostess placed deteriorated, greasy menus in our hands. Even though I had ample time to look over the menu due to our waiter’s negligence, I could not decide between spaghetti bolognese and chicken limone. When our waiter finally approached us, I asked him if it would be possible to substitute the potatoes originally accompanying the chicken dish with pasta, so I could have the best of both worlds. He said yes, but it would require a $6 up-charge! That was not happening; I went with the chicken.

My friend, on the other hand, had little trouble deciding on her entree; the spaghetti bolognese had been on her mind all day. Unfortunately, she was not expecting to get a handful of spaghetti tossed in what tasted like Hunt’s canned tomato sauce.

“Mangia has potential to be a nice, popular restaurant due to its location and patio area,” senior Natalie Aguirre said. “The condition the restaurant is in now is not appealing, and the quality of food is extremely low.”

My other friend, who ordered a pepperoni pizza, was also disappointed.

“The environment of the restaurant seemed like any other, but as I walked in, a scent reached my nose,” alumnus Cody Vargas said. “I couldn’t quite make it out, but it was not pleasant. The food was mediocre relative to the location. I would probably not return to eat there [of] my own accord.”

The moral of the story: Unless you are looking for an evening of extremely slow service and mediocre food, Mangia is not the place for you. Don’t fret, Pepperdine; there are many other Malibu restaurants just waiting to make a dent in your wallets.