Malibu saves the waves for our future 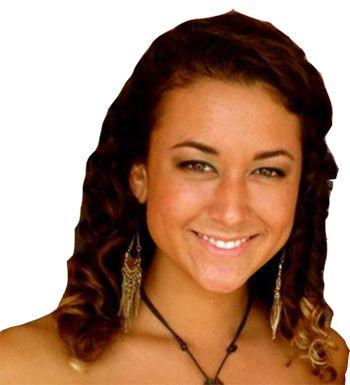 Our society is addicted to technology, and we tend to feed that addiction with petty information. Unlimited knowledge is constantly at our fingertips as is the opportunity to use that knowledge to change things in our world. Yet, all too often I find myself wallowing in the useless chatter of celebrity gossip, the latest Apple product or YouTube videos of laughing babies (warning: this one is severely addictive).

Instant gratification prevails in our culture, and very little in our lives revolves around having to wait for anything — except when the Wi-Fi connection is slow. When the trivial details consume our focus, many things of importance go overlooked, taken for granted or even lost. One of those widely used yet neglected places is the ocean.

“Everyone is into immediate satisfaction,” said 2011 Environmentalist of the Year, Jefferson “Zuma Jay” Wagner in an interview. “That immediacy is going right down to the beach and that’s not what surfing is about, at least not what I grew up with.”

“The biggest advantage [with surfing], I think, is the fact that surfers are becoming more environmentally aware. It has made activists out of people. Because so many people are coming to enjoy [surfing] and the beach, they’re starting to take care of it now,” Wagner said.

Every surfer, if not every person, should be actively involved in preserving the environment, especially when it concerns the ocean. The oceans and their beaches are not just playgrounds, though they are a source of enjoyment for both water-lovers and land-lovers alike.

It is easy to assume that these things will be around forever and require minimum maintenance, but because of that mindset, a lot of the natural resources and treasures of this world disappear or are perverted beyond repair.

If you love the ocean ­— love playing in it, studying it, eating things that come from it, or even just looking at it — then you should take a part in the care of it. The best way to do that is to maintain the ocean before it needs rescuing.

While it may be more difficult to mobilize people against something that hasn’t yet occurred, I fully believe in Benjamin Franklin’s popular idiom that “an ounce of prevention is worth a pound of cure.”

Back home in Hawaii there are constant battles between those who want to capitalize on the paradisiacal tourism allure and those who want to preserve Hawaii’s purity and natural qualities. The primary area of debate is the surfing “Mecca” of the world, the North Shore of Oahu. Various movements involving businessmen, politicians, environmentalists, local residents and religious leaders have succeeded in the method of preservation and saved one of the world’s greatest surf locations from overdevelopment and overexposure.

A similar battle has gone on for years right here in Malibu. The iconic point breaks of Malibu lagoon have been threatened by poor water quality, building development and shifting landscapes from both erosion and the creation of sand berms, which serve as barriers and natural filtration system. These factors impact surfing conditions by affecting the break of the waves, tidal circulation within the lagoon’s wetlands, access to the beach and the health of anything that lives in the lagoon or enters the ocean just outside of it.

Malibu residents have seen success in the fight against the commercial development of Malibu’s coastline, but as living expenses skyrocket, middle-class locals are pushed out of Malibu and more and more visitors frequent Malibu, ownership responsibility for the coast plummets.

“I live here,” Wagner said. “I’m the one using the beach all the time. I’m the one picking up the litter on the beach. I’m the one taking care of the beach when all these other people come and go as they please and leave it like crap. Most of the people who use these beaches are not from here,” he said.

In 2010, Malibu’s Surfrider beach was declared the first-ever World Surfing Reserve with the hope that memorializing surf breaks around the world will aid in their protection and maintenance. The nonprofit’s co-founder, Dean LaTourrette said in an interview with the LA Times, “These special surf spots are the Yosemites of the coast. People need to understand how valuable and fragile they are.”

While significant movements toward prevention exist in Malibu, they are spearheaded primarily by the older populations, and our immediacy-addicted generation has yet to step forward and pick up their efforts.

I am specifically challenging surfers and water lovers in their advocacy for the ocean, but everyone has a responsibility to take care of the world of which they are a part. Get to know it. I’m no science major, but this world and the way it works is extremely fascinating to me. Regardless of your level of understanding of the environment, we can all find ways in which it connects to the various facets of our lives. Take part in it. There are always beach cleanups going on through organizations like Heal the Bay and Surfrider Foundation, check their websites for the specifics. You can also organize your own cleanup to take care of your favorite surf break or beach park. Find a way to contribute to the preservation of whatever community of which you are a part. There are a lot of ways to make it fun and beneficial.

If all we do is live in the moment and take advantage of all the ocean has to offer yet never give anything back, then all too soon those life-giving playgrounds will cease to exist. Instead of focusing on the immediate, we should be planning for the future and looking ahead to how we can preserve the ocean’s treasures for years and years to come. 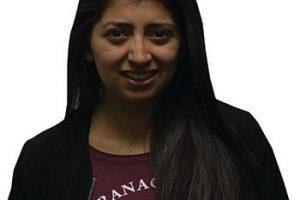 There is so much noise — homework overload, social media and personal issues begging for our attention — that...
Copyright 2013 Jupiter Premium Magazine Theme
Back to top