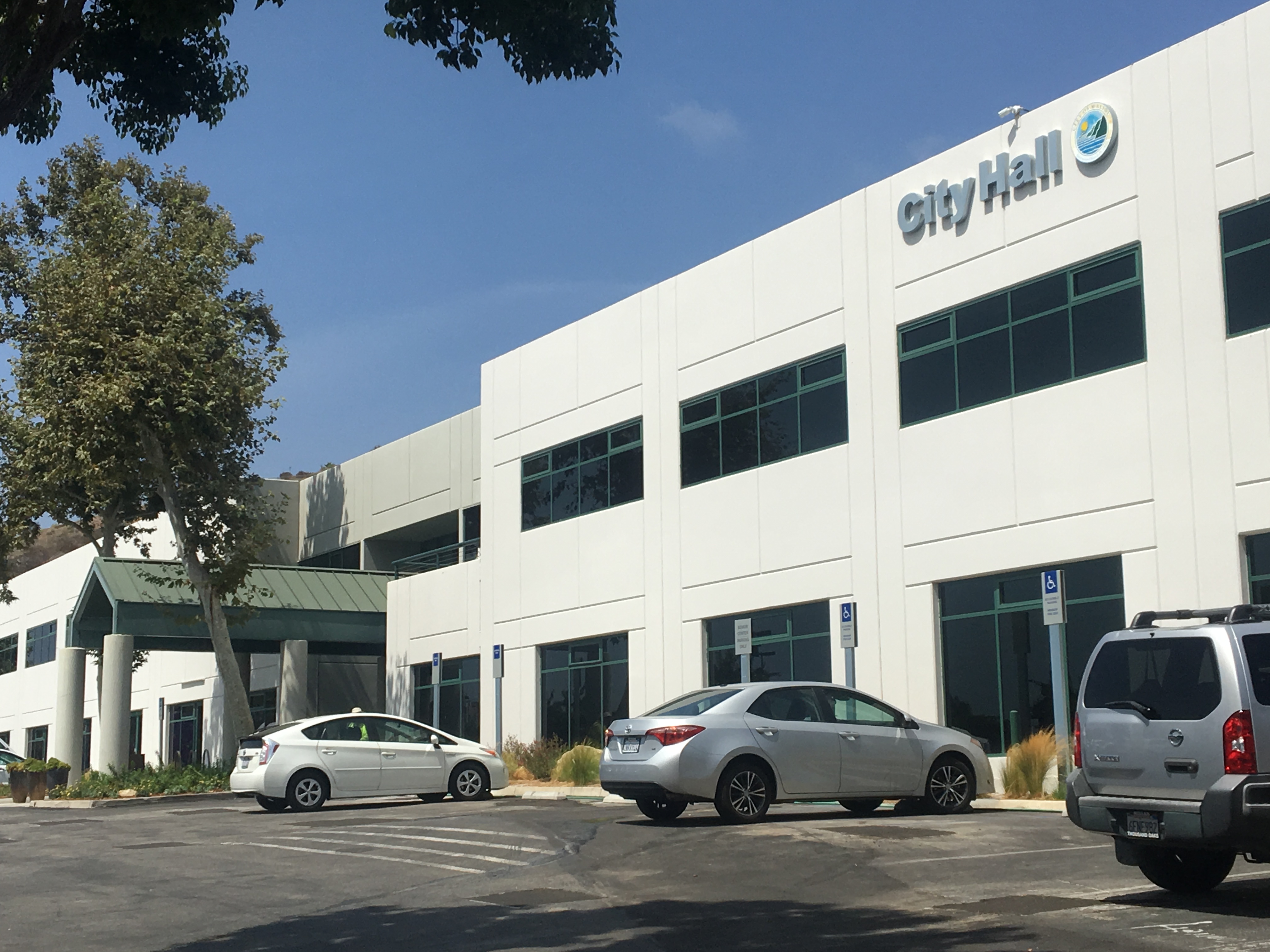 Malibu City Council voted unanimously to adopt Malibu’s Homeless Strategic Plan in June, marking a new upcoming social initiative in the city. The passing of the new plan followed a recent press release by the Los Angeles Homeless Services Authority (LAHSA) of the Greater Los Angeles Homeless Count, which showed a 14 percent reduction in the homeless population in Malibu.

“I see it as definitely proof that doing the field outreach is effective,” said Susan Dueñas, Malibu’s public safety manager. “It’s interesting that the numbers are very consistent with the results that our outreach workers have been posting.”

According to LAHSA’s press release, the number of homeless in Malibu decreased from 180 in 2017 to 155 in 2018, largely due to an increased number of field outreach programs that LA County’s Measure H catalyzed. After taking effect at the beginning of 2017, it is estimated that Measure H will generate roughly $355 million annually “for services and programs to percent and combat homelessness in the County — with rigorous accountability,” according to the LA county website.

“They’ve just hired so many more people, so there’s just so many more resources out there,” Dueñas said. “[It involves] talking to people or getting them hooked up or helping them to get reconnected with family. Some of these people just need a bus ticket or a train ticket to get home.”

Malibu City Council developed the newly-approved Homeless Strategic Plan to maximize the use of preexisting resources and align the city’s local labors with the goals of the county as a whole. In drafting the plan, the City of Malibu’s Advisory Group aimed to upkeep public safety, while also contributing to lifelong, humanitarian needs of the city’s homeless community, according to the city’s website.

Most notably, the plan included a fiscal budget for address the city’s homeless concerns for the first time in Malibu’s history.

The Malibu Task Force on Homelessness appointed the Malibu Homeless Outreach Team in September 2016, which consists of members from the LA-based company The People Concern.

Using a boots-on-the-ground approach, The People Concern works to offer a permanent continuum of care for homeless, including housing, healthcare, drug rehabilitation and similar support systems, according to the website.

Alex Gittinger, outreach and engagement specialist for The People Concern, said the 14 percent decrease in homeless is an encouraging number, but may not be the best indicator of the work and efficacy of outreach programs.

“I was a little bit afraid that [the rate] would go up despite our efforts,” Gittinger said. “It would then kind of invalidate all the work that we did over the last two years.”

Gittinger said the homeless rate moves in waves, depending on various factors such as seasonal weather, current events and population displacement from other parts of the county. He said as a result, the current numbers often don’t correlate to the amount of progress outreach workers have made.

“That homeless count really is somewhat inconsequential, if you ask me,” Gittinger said.

Gittinger said that the homeless count occurs at 5 a.m. on only one day, so there is a lot of room for error in that number. If the weather is particularly nice on that day, the rate is likely to be higher because of an influx of homeless from neighboring areas such as Santa Monica and the Pacific Palisades.

Gittinger also said since the count is done so early in the morning and solely by individuals driving through Malibu counting the population creates a lot of space for inaccuracy. Particularly, it’s difficult to find all of the members of the homeless community in order to count them.

Dueñas expressed concerns with the future homelessness outreach efforts, which depend greatly on landlords being willing to house priorly-homeless clients.

“I think that we probably will reach a point where [the rate] is going to level off until the housing increases,” Dueñas said. “That is still a stumbling block because we have people holding vouchers but they have to wait until there is a unit available and a landlord that is willing to take it.”

The Section 8 housing vouchers employed by clients of the City of Malibu and The People Concern tend use one of two possible vouchers for housing — a Continuum of Care Voucher or a Shelter Plus Care Voucher, both of which function similarly by offering housing assistance as well as a variety of different healthcare opportunities that span for the duration of each client’s struggle and reintegration into the workforce.

Gittinger said one of the most important parts of managing homeless concerns is the ability to provide support that is frequent and works to foster relationships between outreach workers and homeless community members.

“We can build relationships with the clientele and with the community,” Gittinger said. “It’s not like we are showing up once to give out good words and socks and some snack bars. We’re there constantly.”

Though the City of Malibu and outreach workers have expended a tremendous amount of time and effort in order to alleviate the homelessness crisis, logistic problems still pose a threat, Gittinger said.

While many members of the Malibu community are sympathetic to the homeless, Dueñas said others do not share that sympathy.

“It is a huge concern,” Dueñas said. “There’s a huge chunk of the community who are more afraid of homeless than they are compassionate about them.”

Some of this concern stems from an especially relevant public safety concern — wildfires.

“We have a homeless encampment, but basically we’re going to have zero tolerance policy for camping in the bushes,” Dueñas said. “We just can’t have another fire. We can’t have lives being threatened by the potential fires. It’s just too dangerous.”

Another concern is that some potential homeless clients do not want help, Gittinger said.

One reason is because, for some, Malibu is their childhood home, although they have lost their homes at some in time, according to Gittinger. Most landlords in Malibu are unwilling to accept Section 8 housing vouchers because it results in a financial loss for the landlord in affluent communities such as Malibu.

“It’s a longshot in Malibu,” Gittinger said. “We’re trying to work on finding some people that actually have it in the goodness of their hearts to make a place available for on our clients … and actually help this community.”

“Let’s face it,” Gittinger said. “I’ve had clients tell me, ‘Look, I’m here at Surfrider Beach. Why would I trade this for a dingy little room in Koreatown where I have to pay utilities … when I can have a perfect life out here and live off my SSI?’”

On the other hand, some homeless people are simply too mentally unstable to willfully accept community outreach, Gittinger said.

Gittinger said many suffer from co-occurring disorders, typically mental illness coinciding with substance abuse problems. With such members of community, this requires a much more relationship-based approach, focusing on a multistep harm-reduction model of care. In short, this means that an individual does not need to be sober to gain access to housing. The new approach allows people to maintain secure surroundings that then, paired with substance abuse therapy, yield more gradual and long withstanding results.

“If somebody has a more stable position where they know they can lay their head down,” Gittinger said. “Where they don’t have to worry about getting woken up by the sheriffs in the middle night … then they can actually get some real sleep and deal with their substance abuse or mental health problem.”

Dueñas said an important part of continued success in care for the homeless is having better mental health programs. Though this is difficult with the resources Malibu currently has available, they can still garner support for better institutions.

“We’re not in a position to do that,” Dueñas said. “But, we can help to lobby for that and support legislation to get funding for more mental health facilities.”

Gittinger said a huge part of his job with The People Concern and their future success with the homeless crisis is educating the community about the population and the variety of problems individuals face. Learning to see each homeless individual as a human, rather than a “shabby, crazy drunk,” will help people see that a lot of homeless are very capable of digging themselves out of their situation with just a small amount of help.

“We’re always talking about how we have to pick ourselves up by our bootstraps,” Gittinger said. “Yes, some people do actually have bootstraps, but then there are some people that just do not have the bootstraps and need some additional help.”