Make Waves with Your Vote on Election Day 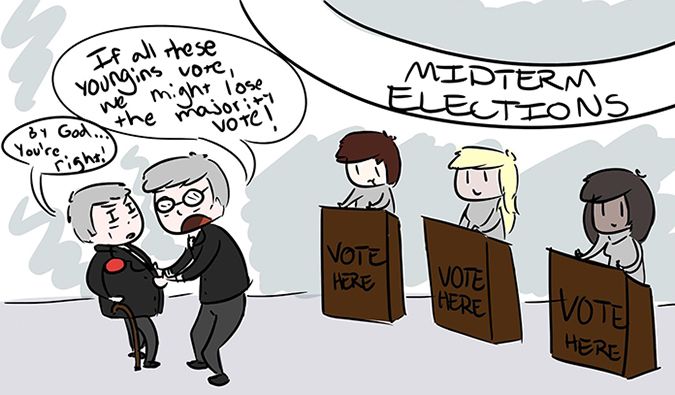 Lil Jon, First Lady Michelle Obama, Fred Armisen and more have spoken up about spreading excitement for the Nov. 4 midterm elections. Midterm elections are right around the corner, but what are they exactly? From deduction, one could guess they are elections in the middle of a president’s term, which is correct, but there is more. Although presidential elections are important, the midterm elections allow voters to choose those who will more directly impact their lives.

Midterm elections are when the public votes on governors and congresspeople who make the laws. These men and women may get discounted as unimportant, but the legislative branch is an integral part of our country’s balance of power and should be considered with utmost importance.

Since 2006, the Democrats have been the majority in the Senate, while the Republicans (GOP) hold the majority in the House of Representatives. This year, however, the GOP aims to take the majority of the Senate as well, meaning their agenda is more likely to move forward. Midterms are also important for the next presidential election because they set the tone for which political party has the most influence over the public. These are elections we should not only be paying close attention to, but participating in as well.

As Pepperdine students, we should have the tools and capacity to be informed individuals who turn out to vote.

“George Pepperdine envisioned an institution that would transform students’ lives so that they would, in turn, impact culture,” according to Pepperdine’s mission.

One way to carry out Pepperdine’s vision is through preparing students to be educated voters. President Andrew K. Benton sent an email Oct. 9 inviting students to join him in voting Nov. 4. While email is a great form of communication, bulk messages are easily dismissed and do not spark much conversation on important topics. Being part of voting culture is easier said than done.

Since 1972 when 18-year-olds were given the right to vote, young voter turn-out decreased steadily, with a spike in the last election. According to a census report on the last election, 45 percent of eligible voters ages 18 to 29 voted, while 72 percent of voters 65 and older went to the polls.

This was not the case during the Vietnam Era, when young people fueled change and impacted society. In 1972, 52.1 percent of young people ages 18 to 24 turned out to vote.

Today there are 46 million eligible voters in the 18 to 29 age bracket while only 39 million are in the 65 and older bracket. This means young voters potentially have a larger influence than the older voters who traditionally have more of an active role in political decision making.

A single vote may not count for much, but when young people come together the vote matters.

A Civic Youth study conducted after the 2012 election found that 80 electoral votes from Ohio, Florida, Virginia and Pennsylvania would have gone to former GOP presidential candidate Mitt Romney if the youth vote was omitted. In other words, President Barack Obama would not have had a second term. The youth vote matters!

As a university, there are steps we can take toward creating prepared voters to make educated decisions about our future. How do we get to the polls? Pepperdine is not a polling site, but we can push for this to happen.

Until then, we should establish times for shuttles to carpool students to the nearest location, which is the Malibu County Public Library, for those who registered with Pepperdine as their address.

Our Student Government Association could also take a more active role during elections to spur fellow students to vote. Just as they campaigned to be elected, they could also encourage students to vote in U.S. elections, just as strongly if not more. Holding rallies or even using the Wednesday Convocation or Celebration Chapel could be a powerful way to spur the Wave vote. The bulk email often gets ignored; we need more powerful measures than this.

We can get back to the days of being an influential constituency. It is our responsibility today and tomorrow. Our inaction now will produce results, whether we like them or not.

Fight for the change you want to see. Your voice matters. Get out there and make waves with your vote, Pepperdine. Let your voice be heard. 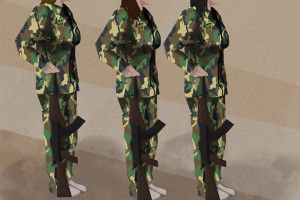 Art by Sacha IrickTheir culture is one that most Westerners perceive as valuing conservative, subordinate women. While this...
Copyright 2013 Jupiter Premium Magazine Theme
Back to top