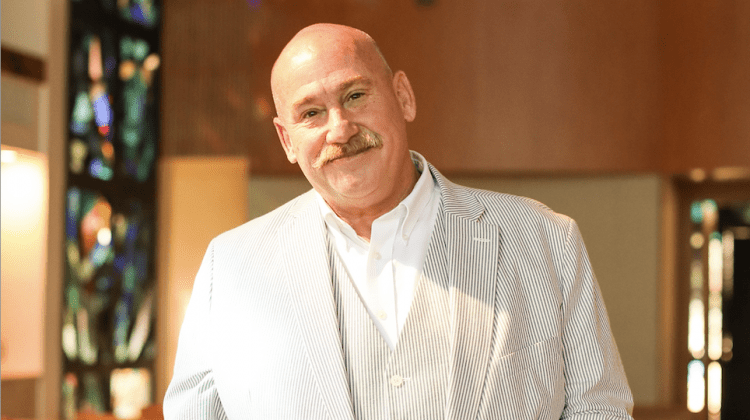 After a devastating breakup with the woman he thought would be his future wife, and a surgery to place a stent in his kidney in early 1989 when he was 25, Adjunct History Professor Randal Beeman reached one of the lowest points in his life.

“I was taking pain medication, I was sad, I was drinking,” Beeman said. “And I come home one night, and I’m literally crying and throwing up, and my nose is bleeding, and it was the worst moment of my life.”

In that moment, Beeman’s father showed him the love required to bring him out of that dark spot.

“Then who comes in there?” Beeman said. “My father. To love me. To say everything’s gonna be OK, that he believed in me, that he knew I could do good things in life. And he just loved me.”

Beeman said his father was an incredibly influential person in his life, whose legacy continues to impact him every day. His father died in April 2013.

Beeman wrote in an email that his father was the man people always asked to lead the prayer at church picnics. His father also worked as a hospice volunteer and helped run a food bank.

“My father was a very devoutly Christian man,” Beeman said. “He was a very successful businessman, rancher, veterinarian, professor, community leader, the kind of guy that’s really hard to live up to.”

Beeman’s eyes began to tear up as he described his father’s love for him: constant, non-judgmental and unconditional.

“You know, that was the worst moment in my life,” Beeman said. “You’re feeling rejected, feeling physically in pain and feeling lost. I was a mess, man, and just having somebody being there to take care of me and love me and not judge me. That’s why I’m here today.”

Beeman’s father was a veterinary medicine professor at Kansas State University College of Veterinary Medicine. He inspired Beeman to become a history teacher and pursue the path he follows now.

“He said, ‘I know you can be great,’” Beeman said. “My dad saw me succeed in life, he came to see me teach and see our students react to me, and he was very proud.”

Beeman met his wife, Monica, in December 1989 and started his teaching career in January 1990 at Kansas State, then taught in the Metropolitan Community College District in Kansas City. He finished his doctorate program at Iowa State University in 1995. Beeman has taught at Pepperdine since 2017.

The memory of the night his father found him sticks with Beeman as one of the most formative moments of his life. With three children of his own, he said he now understands his father’s unquestioning love for him.

“I just, I was like, ‘why is he doing this? Why does he care about me?’” Beeman said. “… He just taught me a lot about love, which I definitely have been able to apply to my own children in their lives. I’ve always been that guy that tells them everything’s gonna be OK.”