We live in their habitat. Park officials have a reminder after two notable mountain lion incidents.

A mountain lion approached a Westlake village home earlier this week. The animals entered the backyard of the home, and charged four times at the glass door, leaving the family in the home terrified.

Santa Monica mountain ranger Anthony Bevilacqua weighed in on the mountain lion population in the area.

“I work in these mountains and I hike a lot,” Bevilacqua said. “I’ve been doing it for over ten years and have never even seen one.”

Bevilacqua said that despite what many believe, the population of mountain lions has remained low.

“Really, there’s only like ten to 15 in the entire Santa Monica Mountain range,” Bevilacqua said.

The mountain lion is not actively pursing people, and these sighting he believes are not deliberate on the part of animal.

“They’re very elusive,” Bevilacqua said. “Wherever they are in the state or the country, they don’t want to be found by anything especially people.”

But in the event one does encounter a lion, Bevilacqua said, “look big, don’t run, make your hands go up high, and grab a big stick that is close by, stand your ground.” 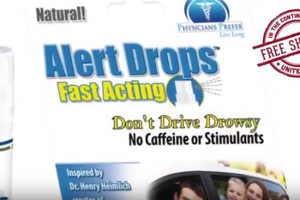 “I feel asleep” - three words that are harmless unless a person is behind the wheel. It was only a few years ago that...
Copyright 2013 Jupiter Premium Magazine Theme
Back to top