Living with Alopecia: Bald is Beautiful 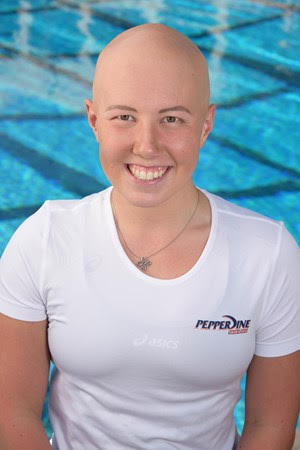 Senior Julia Sneden no longer spends time worrying about how to style her hair in the morning.

At 8 years old, Sneden said her parents noticed she was losing coin-sized clumps of hair. By 2017, she had lost roughly 90 percent of her hair. Today, she is bald and has no body hair, all due to the autoimmune disease alopecia areata.

“A lot of people will hide behind their hair because it’s kind of a security blanket,” Sneden said. “It’s a different way of living without hair. … Day-to-day life — it’s not all that different. I just kind of have to be more open and more confident in who I am and recognize that the blanket isn’t there, but I don’t need it.”

Alopecia areata affects 6.8 million people in the U.S. and causes hair to fall out in patches, according to the National Alopecia Areata Foundation. Sneden said it can be genetic but can also be caused by stress, and it typically appears before a person is 30 years old.

“It’s an autoimmune condition where your body’s cells attack the fatty molecules around your hair follicles,” Sneden said. “Basically, what’s holding your hair in is the anchor and your body attacks that. When you look at it under a microscope — or what I have been told that it looks like — it’s like bees swarming the hair follicle and kind of making that anchor go away, so there’s nothing to hold the hair follicles in.”

Sneden said alopecia areata is different for everyone who experiences it and that it’s unpredictable. She said there is a possibility her hair will grow back but there’s no way of knowing.

While junior year is typically the hardest in terms of classes and adjusting from abroad, Sneden also had to deal with losing her hair.

“My friends pointed out another spot that was falling out on the side of my head,” Sneden said. “[After applying creams,] it would grow back but then other spots would appear. Then the spots became big patches and the patches connected. Five months after I first noticed it, I had probably five or 10 percent of my hair left. That was around spring break of my junior year, and at the end of my spring break, I had probably enough hair to fit inside of a straw.”

Sneden said when her parents first noticed her hair loss, she went to Duke University Hospital and got treatment and creams that supported hair regrowth. When her hair started falling out again over a decade later, she said she expected it to grow back again with a similar treatment. When it didn’t, Sneden decided to shave her remaining hair off.

“It was kind of a Britney Spears moment,” Sneden said. “I felt kind of crazy. I would say that was one of the most meaningful experiences of my life. It kind of teaches you that it doesn’t matter what you look like on the outside, it doesn’t matter whether you have a bad hair day, if your makeup is on point or whatever. There’s no reason to care about what you look like on the outside if you aren’t a pretty person on the inside. I believe much more in having a beautiful soul than having beautiful hair or the perfect cheekbones.”

Although Sneden said she is confident in her skin, she said there was a period of time that she was afraid of losing her hair.

Sneden said once she shaved her hair, she didn’t “rock the bald eagle” on campus right away. She showed her swim and dive teammates first because she “didn’t want to be running around, sweating in the wig.” She slowly began to progress toward going without a wig and now often doesn’t wear anything on her head, even though she said she knows people think she has cancer.

Senior Emma Stenz became friends with Sneden after they were in the same Rho Chi group during rush and joined Tri Delta together. Sneden said Stenz is one of her closest friends and has known her with and without hair.

“She’s so confident,” Stenz said. “She interacts with people the same way. She’s able to not wear a wig on campus, and I think she still at least exhibits beauty in the same way and acts as confident as she did when she had all her hair.”

“If people have something to say, they can say it,” Sneden said. “I’m not really going to let other people affect what I’m thinking about myself. I’m living my life and I’m doing what I can. I still go to school and I’m not putting my world on hold for this. You just have to keep on going forward. I think that’s all you can do.”

Senior Marissa Davis joined Tri Delta at the same time as Sneden but said the two only became close this year.

“I’ve definitely noticed that she’s had to do a lot of self-growth in terms of self-love,” Davis said. “I think it’s been hard for her vulnerabilities to be so much on the outside. With losing your hair and your eyebrows, there’s not really anything you can do to hide that. I definitely have noticed that when she has bad days she tries to put on a happy face, but at the same time, I know it’s been really tough on her.”

Despite having no hair and no need to spend money on shampoo or styling products, Sneden said her four wigs, which are made of real hair, cost between $5,000 and $6,000 while microblading her eyebrows costs $500 the first time and $150 for a refill every six months. Microblading is a semi-permanent technique for eyebrows in which pigment is scratched into the skin from a hair tool made of tiny needles that creates short strokes that resemble hair, according to Today.

“If I could spend my money on one thing for the rest of my life from this whole experience, it would be microblading for sure,” Sneden said. “I think everyone should get microbladed because then you never have to fill in your eyebrows ever again. If my eyebrow hair has grown back, then I’ll just have fierce brows.”

Although Sneden has no hair, Stenz said she remains confident and positive.

“Even in the face of a lot of hardship, she always finds a reason to smile and kind of look at the bright side of life,” Stenz said.

Sneden said she likes control but has been trying to accept the unpredictability and live life to the fullest.

“All of this is out of my control,” Sneden said. “There’s nothing I can do to stop it or to reverse it. The hardest part for me is to learn to trust something bigger than me and know that there’s a reason why it came through these experiences at the right time.”

Think Ahead to the Summer 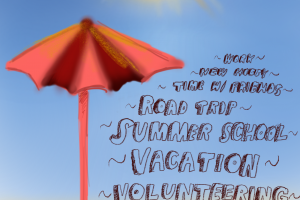 Think Ahead to the Summer

Art by Ally ArmstrongAs the school year nears the end, students can almost taste the sweetness of crossing that finish line...
Copyright 2013 Jupiter Premium Magazine Theme
Back to top