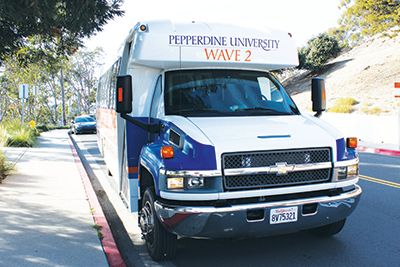 Student Government Association and Integrated Marketing Communications are working on an initiative to develop an app that would introduce live GPS shuttle tracking into the existing free Pepperdine app.

“Everything looks to be in its finalizing stages,” SGA President Demisse Selassie said. “We don´t have a finalized date [for the release] but it will be in the near, near future.”

Selassie said the idea is for students to open up the shuttle tracking app within the existing Pepperdine app in order to access a campus map in both satellite and terrain feeds. The map will have dots moving in real time representing the shuttles.

Selassie said the app will hopefully be released by the end of the spring semester. Selassie said completion and availability of the app all depends on the app developers and when they can do the installation for the final product to be ready. The cost is unknown.

Selassie said the original idea for the app came from SGA Senior President Taylor Smith. After she saw a similar app in full effect on the campuses of North Carolina State, Duke, Harvard and Stanford, she pitched the idea to SGA, after which it started being developed.

After the original pitch, the beta app was introduced. A select number of SGA and Pepperdine community members were granted temporary access to test out whether or not it would serve students.

“It’s just been fantastic,” Selassie said. “It’s unbelievable in the sense that it’s a step in the right direction in terms of tech and incorporating people to Pepperdine’s campus.”

There are two bus routes on Pepperdine’s campus: the blue route circles the campus clockwise between 8 a.m. and 5:15 p.m., and the orange route circles counter-clockwise from 8 a.m. to 10:30 p.m.

Selassie said the beta testing was a phenomenal success and that the spread of the finalized app will be remarkable because it has the potential to appeal to a wide variety of members of the community.

“For many reasons [it would help] students who potentially are disabled or for those who don’t want to wait out in the cold or rain,” he said.

Is it a good idea?

“[The app] is a good idea because the shuttles aren’t always right on time,” senior Connor Garelick said. “And I have seen many people leave because they didn’t know if the shuttle was coming or not. It would be amazing.”

Garelick said, “Sometimes I leave the Caf and think that maybe the shuttle will arrive in two minutes but it doesn’t,” sophomore Caroline Kim said. “It’s a really good idea because that way we’ll actually know when the shuttles are going to get here.”

“I think it’s a good idea especially since the buses don’t tend to follow the schedule listed,” junior Jeremiah Montoya said. “A lot more people would use the shuttle to get to class. I would personally take the transit more. I normally avoid the shuttle because of delayed times and schedules.”

When would you use it?

“I would use it for when I’m up early in the morning and I always take the shuttle from Rho. It would save me more time if I knew exactly where it was; it would be very nice and very convenient,” Garelick said.

“If you’re late for class you can figure out if it would be faster to walk there (location) or just wait for the shuttle,” Kim said.

Montoya said it would help him to not miss class. “When I’m going to class in the mornings I would probably wait until there’s a time when I know the bus is going to be there so I can take it. I just don’t wait on the shuttles because then I know that I will miss class,” Montoya said.

Selassie said that the idea is for the shuttle signs to remain posted since the app is just a pilot program. “It’s up to SGA to ensure the program stays alive,” he said.

He also mentioned that students, faculty and staff should speak out if they think if the app is beneficial to them. “If there’s a want and a need for the program, it’ll stay.” 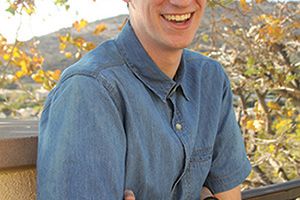