“LIV ON” Concert at Pepperdine 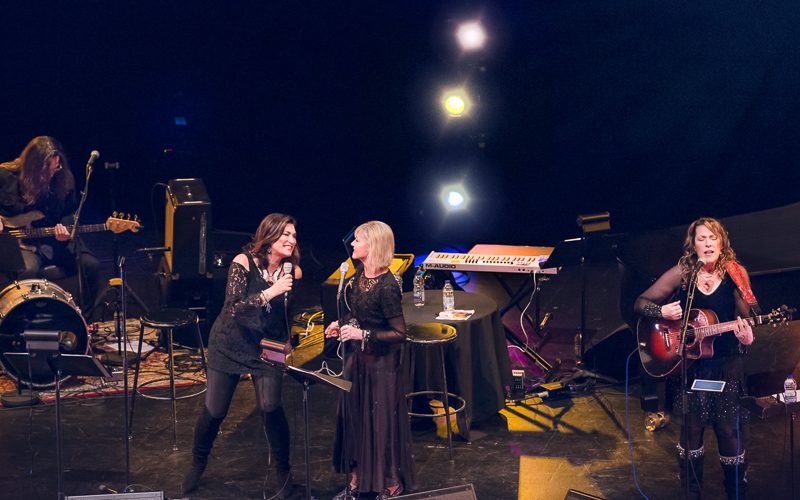 Smothers Theatre was full of tearful eyes and sniffly noses as a result of a unique concert addressing the issues of bereavement and loss.

Award-winning singers Olivia Newton-John, Amy Sky and Beth Nielson Chapman performed at Pepperdine University in Smothers Theatre on Oct. 26 as a part of their LIV ON tour.

The concert off of the group’s collaborative album, LIV ON, as well as featuring some of their individual hits. The trio will perform just one more concert in Lancaster before bringing the album’s tour to an end for the foreseeable future.

“These girls became my sisters in the making of this CD,” Newton-John said during the concert.

Grief was the initial force that brought the three singers together and spurred collaboration.

“It first started when Olivia’s sister Rona passed away, and Olivia asked me to help finish a song with her for Rona’s memorial service,” Sky said. “When the song went out to the family and friends, they loved it for the service but they came back saying they wanted more.”

“When I got the call to join the project, I didn’t even have to blink an eye to say yes,” Chapman said during the concert.

The trio wrote the songs for LIV ON in 2015 and 2016. The women wrote seven of the 11 songs on the CD during this time, while the other four songs were previously recorded tracks that they rerecorded as a group. The writing of the album was an organic and contemplative process.

“We had to schedule these ‘writing boot camps,’ it was really fun,” Sky said. “We would get together, put on our pajamas and pop a bowl of popcorn and the songs came out of the discussions that we had at that time.”

The songs on the album essentially were the three artists’ way of processing their grief in a way they hoped would help them personally and encourage others. Sky said they hoped the concert could be like a “spiritual book club” for the Pepperdine community.

Many of the songs written for LIV ON addressed the issue of bereavement. Soon, however, Sky said that she realized the album could relate to all sorts of grief suffered by all sorts of people.

“Divorce, children of divorce, losing a job, the stuff that is happening in this country that is weighing on people, times of uncertainty, any kind of trauma,” Sky said. “Everyone is dealing with stuff. And the way to deal with it is to find support and share your feelings with empathetic and compassionate people.”

The event was cathartic for both the singers and listeners. The words of the songs dove into the darkest parts of grief and strove to capture the pain found there. When the singers opened the floor up to comments from the audience, the common theme of people’s reply was thanking the trio for putting words to their grief and how the LIV ON album helped them deal with overwhelming emotions.

“How do you talk about the unimaginable?” Sky said. “Well, sometimes you have to sing about it.” 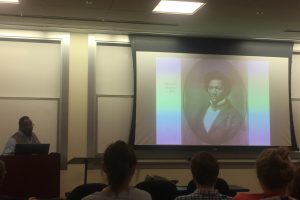 Photos by Maria Valente A poetry reading on campus explored themes of home life, parenting and the importance of family...
Copyright 2013 Jupiter Premium Magazine Theme
Back to top