Launched Jan. 24, the #smearforsmear campaign has been blowing up on Instagram and Twitter not only in the United Kingdom, but across the globe. Instead of asking people to dump buckets of water on their heads, #smearforsmear asks people to post a picture of themselves wearing lipstick that has been smeared across their face.

The purpose of the smeared lipstick is to spread awareness about the importance of pap smear tests, which are used to catch pre-cancerous growth in the cervix. If growth is caught in time, cancer can hopefully be prevented.

To date, there are 6,564 pictures under the “smear for smear” hashtag on Instagram. Many well-known people have already participated in #smearforsmear, including Georgia May Jagger, the face of Mulberry and British singer Rita Ora.

The Centers for Disease Control and Prevention (CDC) says that with the help of screenings and vaccines, early detected cervical cancer is both treatable and allows for good quality of life. When, according to the American Cancer Society, there will supposedly be 12,900 new cases of invasive cervical cancer this year, getting screened is vitally important.

The CDC suggests that women over 21 should get screened regularly until they are 65. According to the CDC, 11.4 percent of women reported in 2012 that they had not been screened in the last five years, which is not nearly frequent enough. The American Cancer Society suggests getting tested at least every three years. Yearly tests are very common.

Jo’s Cervical Cancer Trust says that 5,000 lives a year are saved by pap smear tests. According to the American Cancer Society, cervical cancer, caused by the human papilloma virus, might take 10-20 years to appear. However, if you are getting screened, the pre-cancerous signs can be caught.

According to research done by the University of Michigan, up to 50-60 percent of college-aged women that are sexually active are infected with HPV during college. Hopefully, with the help of the #smearforsmear campaign, awareness of the importance of getting screened can be raised and lives can be saved. It’s easy to grab a tube of lipstick and post a photo. Money can also be donated to Jo’s Cervical Cancer Trust through their website. 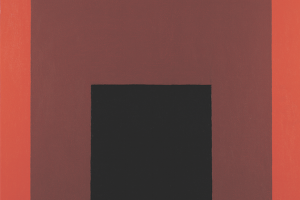