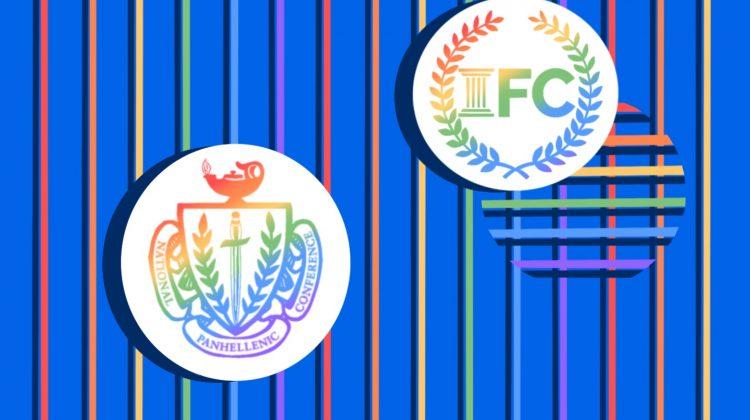 When junior Ryan Bresingham came to Pepperdine, the thought of joining a fraternity was not something he was interested in. Bresingham, like many out LGBTQ+ college students, thought a fraternity wasn’t for him.

Bresingham said some LGBTQ+ students already feel nervous when they arrive at Pepperdine due to Pepperdine’s religious affiliation and the statement on sex. He said he strives to make a more welcoming environment for Pepperdine’s Sigma Phi Epsilon and other fraternity chapters.

“I think it’s really important to make people feel comfortable and show that, despite Pepperdine’s statements and the nationwide image of Greek life, it can be different here and that there are a lot of members, like myself, who are a testament to that,” Bresingham said.

Bresingham went to the Fraternity and Sorority Life orientation in fall 2019, his first year with a group of friends. While he had some apprehensions at first, he said he found himself liking Sig Ep, which led to a more serious interest in participating in recruitment. However, the potential reactions to his sexual orientation caused him anxiety.

“Going to the first Sig Ep recruitment event, I just told them [about my sexuality] because I needed the reassurance for myself that things would be fine,” Bresingham said. “None of the members cared that I was gay, which was when I really started becoming comfortable and being myself, rather than pretending to be someone I’m not in order to fit in.”

Members’ nonchalant reactions gave Bresingham the encouragement he needed to join. Since then, FSL has become an integral part of his experience at Pepperdine. During recruitment, Bresingham also met an older Sig Ep member, Warren Moore, who is bisexual and Moore later became Bresingham’s big, acting as a personal and fraternity mentor.

Bresingham said he wanted to make a difference in fraternity culture on campus by highlighting all forms of diversity — whether that is sexual, racial or national. Bresingham said a big goal for IFC’s Diversity, Equity and Inclusion Officer Vinny Lopes is recruiting international students who Lopes and Bresingham said have historically been underrepresented in Pepperdine’s fraternities.

“The media representation of Greek life makes it out to be this heterosexual, white, cisgender place, and I was never sure if it would be something that would be for me,” Bresingham said. “I think me joining really opened people’s minds up to a different perspective on what a fraternity brother looks like.”

When senior Katie Thompson, who is a lesbian, came to Pepperdine in fall 2018, she said she knew she wanted to join a sorority. Thompson looked for an organization that she felt prioritized diversity and would make her feel supported in her sexuality.

Thompson is a member of Pepperdine’s Gamma Phi Beta chapter and served on the executive board for as membership vice president for the 2020 calendar year.

“One thing I noticed while rushing was that none of the women of the chapter looked like one specific mold,” Thompson said. “Women of color were in the room, women of different body types were in the room and that showed me that they were accepting of people who didn’t fit the traditional stereotype of what a sorority girl looked like.”

Thompson was not out her first semester as a member, but after her second semester, she said she felt supported enough to come out.

“On a national and campus level, we are accepting and supportive of all LGBT members, which was really important to me,” Thompson said.

Despite the support Thompson felt initially when she first joined the executive board, she decided to make a post on the Pepperdine Gamma Phi Beta Instagram celebrating Pride month in June 2020, which sparked some debate on what could be posted.

Thompson said Gamma Phi Beta has come a long way since then, especially in regard to LGBTQ+ members.

On campus, Thompson said there is the stereotype that many of Gamma Phi Beta’s members are LGBTQ+ which led to Thompson and her friends coming up with the slogan that the “G” in GPhi stands for gay.

“I do think that Greek life is exclusive,” Thompson said. “But mostly in regard to class. While there have been homophobic practices, especially historically, GPhi, I feel like has really tried to combat that.”

Within the past couple years, there has been a push across campus for diversity, equity and inclusion as seen through the addition of the Office of Community Belonging. Thompson said Greek life is no different.

“Seeing how many sororities have really prioritized diversity and inclusion has been really amazing,” Thompson said. “Just in my last four years getting to see how it has evolved from one sorority being queer affirming, to two, then three has been so special to me.”