On November 14, 2016, Pepperdine University’s Center for Faith and Learning decided that our campus was an appropriate stage for the prominent Armenian genocide-denier Mahir Zeynalov. He is a voice against the 2.1 million Armenians, Greeks and Assyrians who were brutally massacred by the premeditated measures of the Young Turk Regime.

How can we expect to raise up a generation of students who abide by Judeo-Christian values if we as a university allow for explicit genocide-deniers to have a voice on our campus? We believe there is no place for denial on Pepperdine’s campus. Would Pepperdine University host a Holocaust speaker such as genocide-denier David Irving? If not, what is the difference between a Holocaust denier, and an Armenian Genocide denier?

The Armenian Genocide, is the second most studied genocide in the history of the world, and yet there are those who deny Armenians and their ancestors the basic moral function of recognition. The credibility of a speaker is just as important as the content of the speech. For a speaker to claim: “The Armenian genocide is not a certified, proved and commonly accepted axiom like Holocaust or Rwandan genocide” is the direct vilification of history. For someone to argue that the second most studied genocide in the world, is not an accepted axiom, is directly misrepresenting the history of our world. This issue encompasses the entire fight for truth launched by victims of the genocide.

Giving a man who denies basic human history a platform to spread his message serves a devastating blow to not just the anti-denial campaign, but also to the credibility of our university. It is important to note that the Armenian Genocide is still an ongoing event in modern society. Scholars classify the process of genocide as occurring through 8 stages. The final step is denial. The denial of a genocide is further perpetrating that genocide and hence empowering the oppressor. We are driven to spread awareness of ALL genocides, hence we will not tolerate the denial of such tragic events in history.

We write this letter to express our frustration and sadness. We demand an explanation from the university, specifically the staff who promoted and supported this event. We also write this letter in hopes that our university will be more cautious in the future in order to prevent it from becoming a platform from which hate, denial, and ignorance spreads. 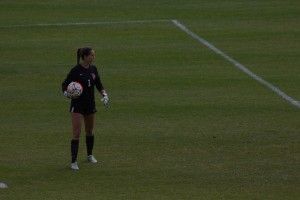