Letter to the Editor: Saying Goodbye to the Shanghai Program

Editor’s Note: Opinions expressed in letters to the editor are those of the author, and publication in the Graphic in no way represents an endorsement of any opinions published. This space is provided to allow public response and commentary on articles and issues which are covered by the Graphic and important to its readership.

I found out Shanghai was closing from a text from a friend, who found out about it on Instagram. It felt like learning an old friend had died, or your hometown was hit by a disaster. It felt like a punch to the gut, a feeling I’ve become unwillingly familiar with over the past year.

The timing, given rising anti-Asian sentiment in the US over the past year, couldn’t be worse if they had tried. The audacity of announcing it during Give2Pepp, so that Pepperdine would send me half a dozen emails asking for money but not even one letting me know they’d closed Shanghai, was laughable. Still, none of that can be helped now.

There’s nothing left to be done. No petitions to sign, no higher power to appeal to, nothing but grief to sit with and a search for closure. It’s one loss of the many, many losses we’ve felt this year. Still, I can’t help but feel a responsibility to bear witness to this tragedy. Future students will never know what they’ve lost, but we do.

Shanghai, of course, gave me all the same things other study abroad programs do. I collected the abroad clichés like passport stamps: friends for life, a confidence boost, resourcefulness, funny stories and Instagram posts. Quieter, harder to talk about, are the things no other program ever could have offered. Hidden beneath the shine of the sales pitch I give incoming students is the perspective I gained, and the growing pains it took to earn it.

Shanghai is the period of the most spiritual growth I’ve ever experienced in my life. That’s not what I expected when I left; if I didn’t find God at a deeply Christian school, where barefoot people in hammocks sing worship songs together, how would I find it in the most atheist country in the world? But I did.

Living in the Jia is the only time I’ve enjoyed church, and the time I’ve most strongly felt God’s presence. I can’t imagine finding that growth in any other country. The way we bonded as a group was an experience only available to a group of about fifty people largely cut off from everyone they’ve ever known; that safety made us open up in ways we’ve never opened up to anyone.

Faith flourishes in a community, and our community stood through more than any community I’ve been a part of. The political climate of China contributed too. The story of Jesus’s persecution hits differently when it’s told on Easter Sunday in a church with an armed officer outside to make sure only foreigners attend the service.

All our First Amendment rights, the same ones we take for granted in the US and Europe, are not protected in China. I don’t agree with many (many) of the things people say, but I will always defend their rights to say them. Just as I now appreciate the religion I always took for granted in a new way. A perspective that, of the seven programs Pepperdine IP has, only Shanghai could offer.

Shanghai was the first time in my life that I — a white woman — was in the racial minority. That is not to say I experienced racism, or that I somehow understand what it means to be a person of color in the United States. That is an entirely unique experience I will never have, and I also know that being a white American in China afforded me a staggering amount of privilege and freedom.

Still, I did see what it’s like to be judged for looking different. I began to understand the inherent alienation that comes with having different life experiences than your peers. It opened a tiny window that almost all of my white family and friends will never get the chance to look through.

The last time I wrote to the Graphic was the week after the 2016 presidential election, and I promised to fight harder and to stop being a bystander. I don’t know if I’ve wholly succeeded in that endeavor, but I do know the successes I’ve had are because of the perspective I gained in Shanghai.

I, and my jiaren — one’s household or family — brought that unique perspective back to Malibu after our year. It influenced our classroom comments, our friendships, our civic participation and our art. It rippled out, changing the hearts and minds of our classmates who’d never set foot in Asia, just as it had done before us and continued to do after us. And now, we’re losing that. Already, the last students to spend a full year in Shanghai are seniors. In a year and a half, no one will be left who experienced the program. In four years, there will be no one left who remembers Pepperdine Shanghai. The ripples will fade away.

Pepperdine credits low enrollment and logistical difficulties with the decision to cancel the program. I don’t doubt logistical difficulties, but I also think they don’t tell the full story. There’s no way of knowing, especially back in October when this decision was made, what the future holds for student visas or US/Chinese diplomatic relations. Buenos Aires has also had political uncertainty for some time, but that program stays strong.

I don’t doubt low enrollment either. Even five years ago, we stayed up late into the night working on our booth for The Return, believing that with good enough videos and fun people we could turn the program’s numbers around. The truth is that the Shanghai program has never had a marketing problem, or lacked a strong enough program to appeal to people.

Increasingly, Pepperdine students aren’t looking for Shanghai. They want the classic European experience, with trips to Paris and classic Western art museums, and the food they’ve already been eating their entire life. There’s nothing wrong with that; looking for diversity in a student body includes a diversity of thought, interest and comfort levels. But when there aren’t fifty students in a class of almost a thousand who want to spend a year in one of the world’s top epicenters of business and culture? That’s not a problem; that’s a symptom of a problem that begins with the homogeneity of the student body.

I participated in a focus group of alumni earlier this year. In it, they asked us to look ahead to the next ten years. “Where do you think Pepperdine should be in ten years?” they asked. It took a few months, but I finally have my answer:

I also hope, when that time comes, Pepperdine has something to offer them.

No. 4 M. Volleyball Gets Revenge on UCLA At Home 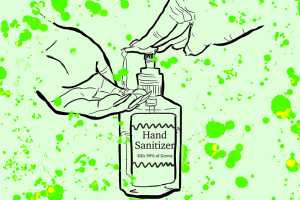 Art by Ally ArmstrongHaving dealt with a compromised immune system for a period of my life, I keep a hand sanitizer with...
Copyright 2013 Jupiter Premium Magazine Theme
Back to top