Editor’s Note: Opinions expressed in letters to the editor are those of the author, and publication in the Graphic in no way represents an endorsement. This space is provided to allow public response and commentary on articles and issues which are covered by the Graphic and important to its readership.

This letter was originally published in East County North Star on April 23 by Chandlor Henderson and submitted to the Graphic via email.

On April 19, 2021, it was announced that as the current President of Pepperdine University, you selected Divisional Dean of the Natural Science Division, Dr. Jay Brewster as the school’s next Chief Academic Officer. Considering the lack of racial diversity at Pepperdine University and its history of institutional racism, the selection of Dr. Brewster was expected; however, it was both devastating and disappointing. I attended Pepperdine University (Seaver) as an undergraduate from 1996 to 2000. While attending, I served as President of the Black Student Union from 1998 to 2000. I also had the honor of being mentored by Pepperdine African American trailblazers such as Dr. Calvin Bowers, Dr. Dewayne Winrow and Dr. David G. Holmes. Dr. Holmes was my first ever African American instructor and he instilled in me the resiliency to resist cultural assimilation and endure racial hostility as an undergraduate.

This spring, both Dr. Brewster and Dr. Holmes were among six finalists for the position of Provost. I had the honor of having both Dr. Holmes and Dr. Brewster as professors. Both men are individuals of high moral character and excelled in their respective fields of study. This letter is not intended to disparage Dr. Brewster in any way; however, I speak on behalf of a large number in the African American community in expressing a collective dissatisfaction with your recent selection of university provost.

Dr. Holmes has been an English professor at Pepperdine from 1993 to 2020. He has served as the director of African American Studies and Associate Dean of Curriculum among other administrative duties. He is also a cultural pioneer, becoming the first African American to receive tenure and the rank of Full Professor in English in the Pepperdine Humanities Division. He is a sought-after lecturer and a nationally recognized scholar in his field. At Pepperdine University, Dr. David Holmes is a pillar of Black excellence and changed the perception of African Americans for thousands of students for over a quarter-century.

Besides his excellence in academia, Dr. Holmes also has been a gospel preacher in the African Americans Churches of Christ since 1977. He has pastored churches in Watts, Westchester and the historic Figueroa Church of Christ. He came up under the tutelage of African American preaching legends such as R.N. Hogan, Dr. Calvin Bowers and Dr. Billy Curl. He is highly respected among the Black Churches of Christ who have been subject to discriminatory practices for years from white brethren. From the 1967 confiscation of the Nashville Christian Institute, the 1969 murder of Larry Kimmons, to the current race propping engineered by White religious paternalism, this selection only furthered the racial rift between Black and White Churches of Christ.

Black educators do more than develop curriculum. Their lives are living texts inundated with experiences of oppression and perseverance. They deposit a cultural capital not found in textbooks and are beneficial for ALL students. The university has no issue advocating being the salt of the earth, but what is salt without pepper? Dr. David Holmes for 26 years has placed the “pepper” in Pepperdine.

Dr. Holmes is what Pepperdine needed in this current atmosphere of racial hostility. Dr. Holmes could have given the University the right perspective and assisted the school in navigating the racial waters of the 21st century. Instead, President Gash, you played it safe and continued a long-standing Pepperdine tradition of practicing Left Coast Racism, nepotism and institutional ethnocentrism cloaked behind the veil of scripture. President Gash, even though in rhetorical jest you recently claimed to be an ‘African American,’ you will never comprehend the horrific reality of being Black in the United States. Author James Baldwin famously once said, “To be an African American is to be an African without memory and an American without privileges.”

Since 1937, Pepperdine has allowed Blacks to move in but we have yet to collectively move up. The African American community has taken note and our collective response to your decision will be swift and demonstrative, ensuring that our voices are no longer ignored. Dr. David Holmes would have made history becoming the first African American Provost in the history of Pepperdine. He is the epitome of color with competence. Instead of celebrating this seminal moment, we are left contending with the same university that cannot see Christ because it worships a whiteness that is portable, powerful and very profitable in Malibu.

Opinion: Environmental Justice Must be Part of the Fight for Racial Equity 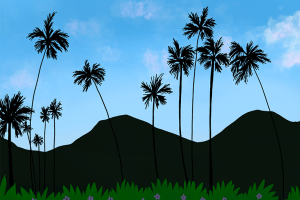 Opinion: Environmental Justice Must be Part of the Fight for Racial Equity

Art by Autumn Hardwick For many, the sight of mud-colored water coming from a household sink is an image that will never...
Copyright 2013 Jupiter Premium Magazine Theme
Back to top