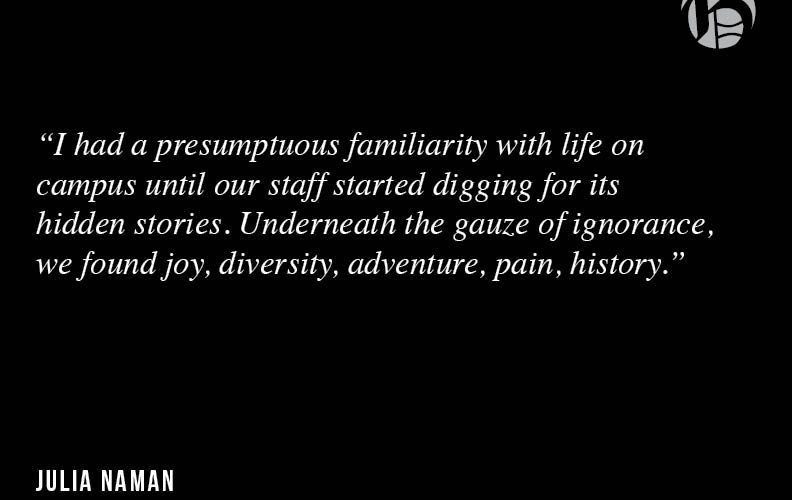 If you don’t know Rico, that’s our first problem.

He used to man Pepperdine’s coffee cart, but now works at the ambiguous Starbucks/sushi station in the Caf. I’m a regular at nearly every caffeine distributor on campus — even when it exists within the vicinity of seafood — and Rico has yet to hand me a cup of coffee without a youthful grin and a “Thank you, my dear.” When I roll up at 3:30 p.m., he knows without question that I want an Americano or an iced soy latte. Reversely, I know basically nothing about Rico. How is he always so happy? What is his life like away from tempura rolls and Americanos? It took me three years to even think of asking him where he’s from (Barcelona). Because, like my coffee orders, I rarely stray from my routine.

This issue of Currents Magazine, which we’ve titled “The Undercurrents,” was sparked by my own inattention to the stories that lie beneath Pepperdine’s sheen. My tendency is often to view Pepperdine as unanimous: one smiling, sun-drenched, Lululemon-wearing community. I had a presumptuous familiarity with life on campus until our staff started digging for its hidden stories. Underneath the gauze of ignorance, we found joy, diversity, adventure, pain, history.

The Undercurrents began with asking questions. What is it like for international students who have to enlist in a national service? Why are there so many children on campus all the time? And, contrastingly, what is a 30-year-old doing in Humanities 111? In this issue, Amelia Dal Pra shares about living in India, History major Abigail Gibson investigates President Ronald Reagan’s involvement with Pepperdine, and Will Coupe writes in Arabic about his studies of the Middle East. We even tracked down some distinguished alumni such as comedy writer Jeff Loveness to hear their views on success. But ironically, the more questions we answered, the more questions we discovered.

Even now, with these stories finished and published I know there are multitudes more on campus waiting to be told — what, for instance, do DPS officers on the graveyard shift talk about at 3 a.m.? Why are there abandoned houses (see cover) behind Drescher campus? So consider this issue of Currents Magazine a launching point for curiosity, and start listening. Go meet Rico. Ask him about Barcelona.

And tell him I say hi. 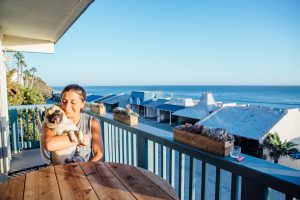 Photos by Zach Le Pepperdine students struggle to find a place to call home in the pricey real estate market of Malibu...
Copyright 2013 Jupiter Premium Magazine Theme
Back to top