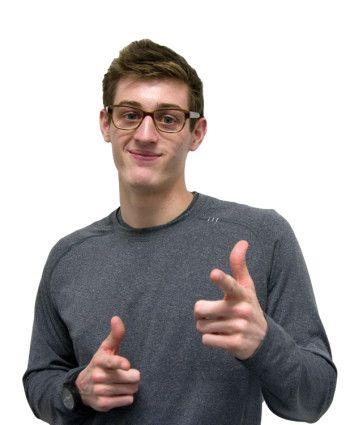 New York City recently introduced a new rideshare program called Citi Bikes, in which citizens can pay to rent a bicycle from a variety of designated areas around the city and then drop them back off somewhere else in the city when they’re done.

This kind of socialistic utopian garbage got me thinking about Pepperdine and ways we could implement similar concepts on our wonderful campus. And then it hit me: deer. No, I didn’t hit a deer with my car; I had the epiphany that we should implement a rideshare program using deer.

I’m sure you’re asking yourself, “What the heck?” at this point, and that’s fine, you’re someone who makes snap judgments about seemingly ridiculous schemes. To this, all I can say is thank God you weren’t in the room at Apple when Steve Jobs proposed the idea for the iPod, or at Microsoft when Bill Gates started talking Zunes, for that matter.

Let’s face it — we have an overpopulation problem of deer at our school. These things are reproducing like our grandparents during the free-spirited revolution of the 1960s, and to make matters worse, they’re swimming in gumption to the point where I’m offended. The deer at Pepperdine chill in the road like they built it with their own four hooves, like we’re all trespassers on their land, as if Drescher was made not to house 20 to 24 year olds, but for the grazing pleasure of four-legged animals with the mental capacity of a 512 MB flash drive. So I say let’s make use of them; throw some saddles on their backs and effectively change the game of commuting at Seaver College.

Imagine this — we spend a few hundred thousand dollars (Maybe a million, who am I to say?) for research and development on how to domesticate deer. Then we herd in about two to 3,000 deer, depending on how easy it is to catch them, and train them like they’re show horses. Then we set up pick-up and drop-off spots all around campus, which are effectively grazing pens for these docile animals. All day, they just chill with one another, eat grass, gossip about last night’s “Walking Dead” episode and generally have an amazing time. Then, when the time comes, a student swipes their card to gain access into the pen, jumps onto one of the deer and rides it down to main campus, where they drop it off at another pen.

I’m sure you’re already convinced at this point, but I guess I can keep going. Everyone knows the shuttles are a nice, albeit archaic, mode of transportation. You can’t wait for a shuttle to arrive 10 minutes later when you’re in that time crunch. I know you’ve wished, in those moments of despair, that you could just toss a saddle on a deer and ride it all the way to Smothers like you’re the Lone freaking Ranger.

You may say I’m a dreamer, but I know I’m not the only one. Crazy change starts with a crazy idea. If no one else is bold enough to find a way to utilize these snarky, entitled animals roaming the hills of our campus (not talking about our frat gentlemen), then allow me to start the conversation.

“The Nature of Evil and Suffering” forum will pit two conflicting ideologies against each other: atheism vs. theism Veritas...
Copyright 2013 Jupiter Premium Magazine Theme
Back to top