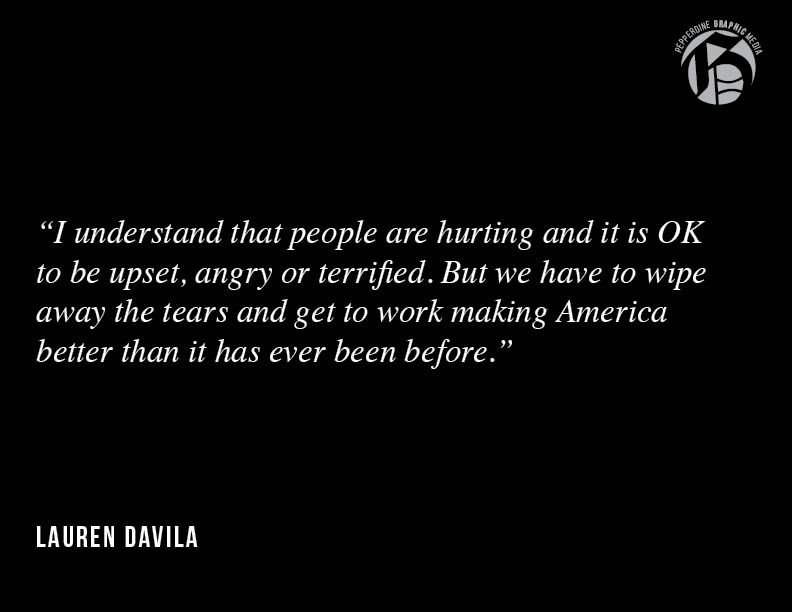 I sat on a couch in the newsroom sobbing less-than-quietly. Cuddled together on two small couches were 10 editors and writers, seeking comfort from each other as we watched the unimaginable happen. Holding hands, heads resting on shoulders, legs entwined, we needed to know we weren’t alone.

I kept saying we would be fine, but in that moment, as Donald Trump was declared President-elect, I couldn’t see how. I just knew, surrounded by friends that have become family, I felt solidarity.

This solidarity came from an understanding of what the future had the possibility to become. This solidarity came from the fact that we all knew we couldn’t let those thoughts become our reality. We joked about moving to Canada or Ireland, but I know that we must stay here to make our country a better, more welcoming, more accepting place of love.

When I woke up on Election Day, I took pictures of my “I Voted” sticker and placed it proudly on Instagram. I texted my sister excited gifs. Called my mom gushing about how historic this day would be. I wrote a poem that I would give to my granddaughter someday in the future, so she could understand the breadth of the feminine empowerment I felt on that day when the glass ceiling started to shatter.

But it didn’t happen. As Trump took the stage to accept the nomination, I was terrified. I was terrified for myself as a woman of color. I was terrified for the others marginalized on a daily basis: Black, brown, Muslim, LGBTQ+, women. We have been marginalized and it might be getting worse. I was upset at those around me, who spoke from privilege, said “it will be OK,” and honestly meant it. And it’s true. For them, it will be OK. They are not the ones who will be facing the ramifications of electing Trump.

But that night, and the night after, and for the nights to come, I have to place my trust in those who understand. Those who stand in solidarity with me. Those who aren’t afraid to speak up for injustices and support the marginalized. Those who will be by my side in the coming years. I understand that people are hurting and it is OK to be upset, angry or terrified. But we have to wipe away the tears and get to work making America better than it has ever been before.