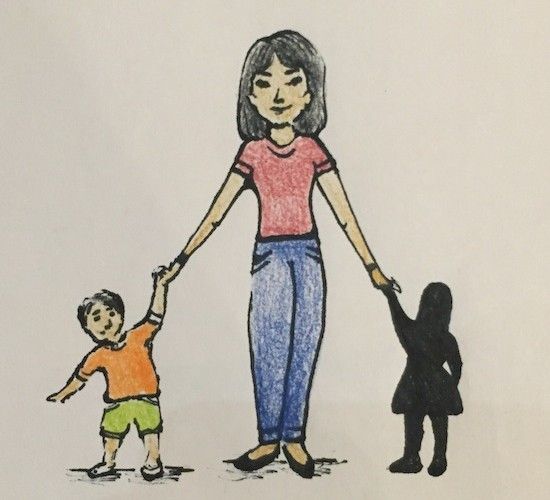 I will forever remember the day that my maid, whom I affectionately called “ayi,” or “auntie” told me that she had no “hukou,” or residency.

Having just finished my bath, my 6-year-old self wobbled into her Harry Potter-esque room under the stairwell and crawled under her covers. As I lamented that my passport photo looked shamefully horrid, I asked about her identification photo and whether or not she looked ridiculous as well.

It all made sense. She accepted her salary in envelopes of cash. She did not travel on public transportation much and took her moped everywhere. She left her home province of Anhui to come to the bustling streets of Shanghai at age 16 to look for work, and most importantly, she did not report her husband who beat her regularly — for how can a person who does not legally exist bring someone to court?

Since she was one of multiple children, her direct existence violated the one-child policy, which was introduced in 1978 to meet the demands of a surging Chinese population competing for resources — mainly water. Even though the Chinese government announced late October that the one-child policy will be modified to allow two children, what is not reversed is the 400 million prevented births, forced abortions, sterilizations and infanticide (especially on female infants). Pregnant Chinese women rushed to nations practicing birthright citizenship to give birth, and there was international outrage on the human rights violations the policy upheld.

A particularly notable instance was in 2012, when a woman from the Shaanxi province, Feng Jianmei, fell victim to a forced abortion seven months into her pregnancy. Upon posting a photo of her stillborn child online, Feng’s case received global coverage and attention.

International outrage over human rights violations, coupled with demographic shifts in the Chinese economy, led to the two-child policy. According to U.N. estimates, as a result of the one-child policy, China will see more than 440 million citizens over the age of 60 by 2050. This statistic, coupled by a shrinking labor pool, threatens China’s status as an economic superpower.

At the end of October, the Communist government announced that in place of a one-child policy, a two-child policy would be implemented instead.

However, Chinese economists argue that this policy is too little too late. Even with the advent of this new policy, economists estimate that the working age population will decrease by almost 35 percent, while the elderly population is expected to increase by 60 percent by 2020. China’s welfare system is in no way equipped to handle the aging population. This is particularly troubling because many Chinese elderly, when faced with poverty, bad health or plain loneliness, have resorted to suicide as a means to not be a burden on their children.

This startling trend is one of many. Following female infanticide as a result of the one-child policy and a cultural preference for male children, China is facing massive gender imbalance. This imbalance heightened in 2008, with a ratio of 1.22 males to 1 female. Zhejiang University economics professor even proposed that since there is the lack of supply, that the “value of women … [has gone] up.” As a result, men with low incomes should share wives.

In summary, the two-child policy makes insignificant changes in population growth, and more importantly, does not address the human rights abuses that the one-child policy poses.

Maya Wang of Human Rights Watch succinctly states that “as long as the quotas and system of surveillance remains, women still do not enjoy reproductive rights.”

In other words, this policy change is not a groundbreaking dissolution of an unpopular policy, nor is it a leap of progress in Human Rights. It is simply an act of pragmatism and a response toward an aging population fraught with an incredibly startling sex imbalance.

Out of the defense of population control strategies, Vice Minister of the National Health and Family Planning Commission Wang Pei’an states that the development and interests of the country are still “incompatible with a large population.”

Yet when the economic interests of a country are prioritized, the burden falls on the vulnerable, such as females — like my ayi. Between cleaning homes and finding odds and ends of jobs, she lives as an illegal citizen in her own home. Yet in light of the potential future abandonment of population control strategies, she, along with others in a similar position, will not be celebrated along with “the progress of human rights.” When that progress arrives, I will ask her if her legal status grants her any aspirations.

I dread the day that she, in her years of being told such, tells me in that same voice. 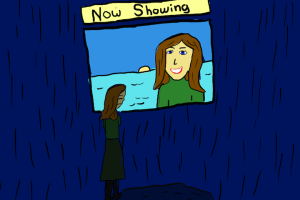 Robin Williams did not die from depression or substance abuse; his suicide was the result of side effects caused by Lewy...
Copyright 2013 Jupiter Premium Magazine Theme
Back to top