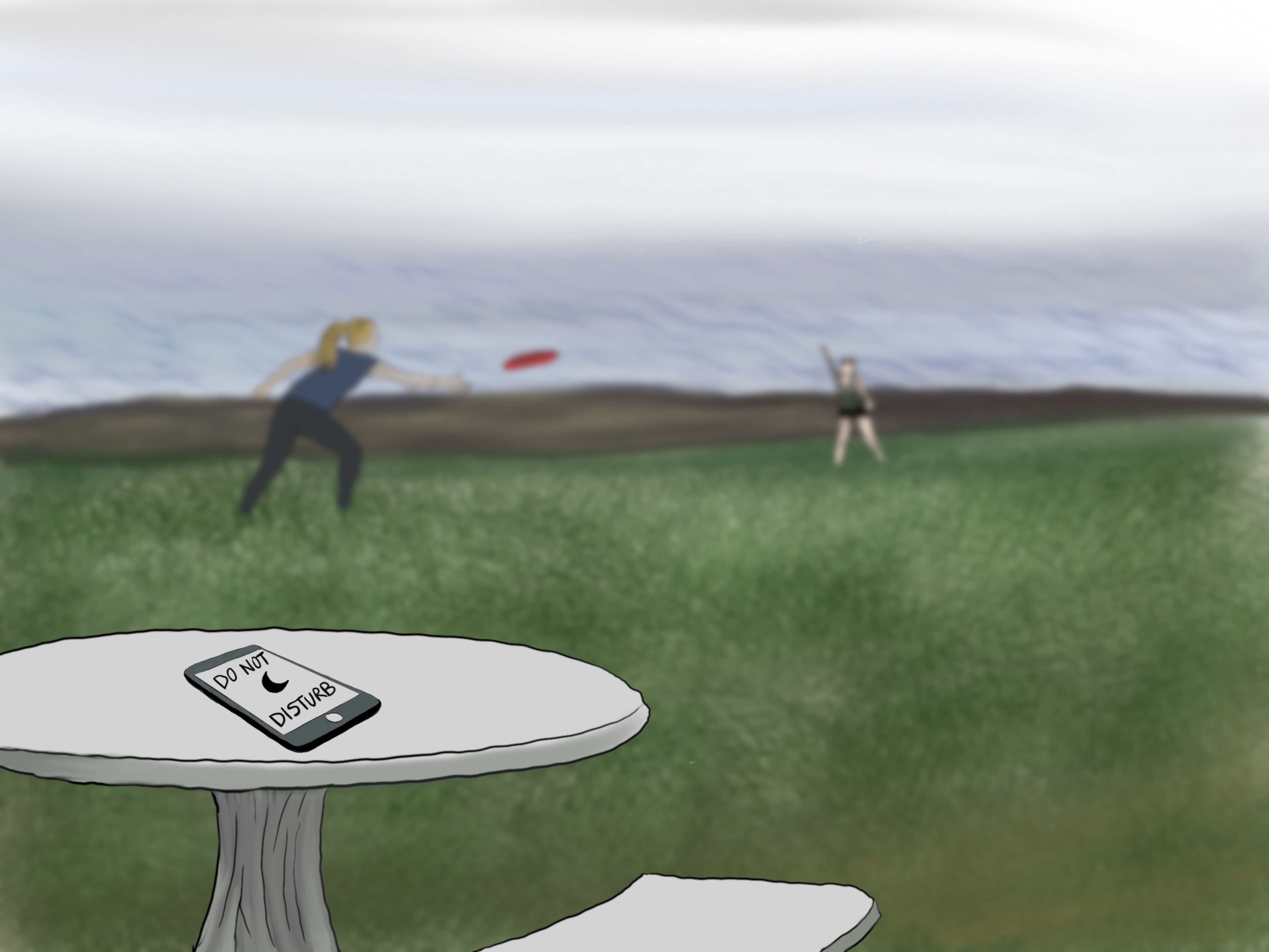 Students strive to diligently manage their relationships. As a result, they have become increasingly reliant on smartphones. These devices are double-edged swords, forming links between otherwise distant friends while at the same time distancing the user from the present moment. At their worst, phones can serve as barriers that damage both authenticity and connection. Every so often, students should take a break from their phones in order to become more aware of the world around and within them.

It is obvious that people devote a lot of time and energy to their phones, and statistics testify to society’s borderline addiction. For instance, the average person will spend one-sixth of his or her life looking at a phone screen, according to Catherine Price’s article “9 Ways to Finally Stop Spending So Much Time on Your Phone,” published Feb. 8 by TIME.

College students are especially tied to their devices, having to frequently check for emails and stay up to date on both social and academic plans. With all of these demands on their attention, it is increasingly difficult for students to actually step away from their phones. However, it is also increasingly necessary for them to do so.

Smartphones have tangible negative effects on their users. They are linked to a higher propensity for social anxiety and even depression, according to Sandee LaMotte’s article “Smartphone Addiction Could be Changing Your Brain,” published Dec. 1, 2017 by CNN. These repercussions are especially apparent in students’ lives, which are already filled with pressures that jeopardize their mental health. However, in spite of these dismal trends, college students are capable of relinquishing the hold that their phones have on them.

Pepperdine students need to physically separate themselves from their phones for a little bit of each day in order to detox. This requires students to do more than placing their devices into their back pockets.

Out of sight does not equal out of mind, and “just by virtue of being there, smartphones occupy a large space in [people’s thoughts],” according to Roy Germano’s article “My Life Without a Smartphone,” published Nov. 19, 2017 by The Los Angeles Times. In order to have a true breath of fresh air, students should go as far as to leave their phones in their dorm. This physical distance is what will, in Germano’s words, leave students “with no choice but to be present.”

An additional way that students can find freedom from phones is by creating rules for themselves. For instance, students can choose to put their phones away for the entirety of their classes, which, according to Anya Kamenetz’s article “Laptops and Phones in the Classroom: Yea, Nay, or a Third Way?” creates mental space for them to focus on the lesson. Students could also commit to putting their phones away at meal time. This enables them to be more present as they eat and converse with friends.

When students physically separate themselves from their devices, they can approach life with more clarity. By letting go of their phones for periods of time, students will force their phones to let go of them. Going unplugged is a gateway to rejuvenation.