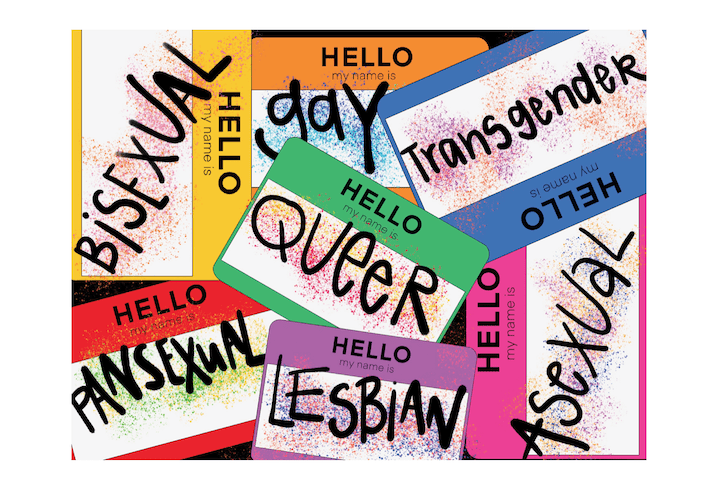 The challenges are a three-pronged issue. The LGBTQ+ community faces major disadvantages in the world legally, economically and socially.

Even though newer generations may be getting used to freedom of sexual expression and equality, lawmakers around the globe don’t always seem to share the same sentiment. There are numerous laws in the United States that single out LGBTQ+ individuals. In some parts of the globe, it’s outlawed to be queer.

A specific law that specifically attacks groups of individuals in the LGBTQ+ community is the transgender military ban. This was originally a memorandum from President Donald Trump in 2017 but was deferred to former Defense Secretary James Mattis.

“He revoked the blanket ban announced last summer and said in a memorandum that he would defer to the recommendations of Defense Secretary James Mattis,” as reported by CBS.

The military is known for how almost anyone can join. By specifically ostracizing transgender individuals, trans* men and women may be seen as a liability and less a part of our society. Trump even attacks them directly in his tweets, such as when he wrote that the U.S. military “cannot be burdened with the tremendous medical costs and disruption that transgenders in the military would entail,” as reported by CBS.

If trans* individuals are unable to participate in the military, they could soon face a slippery slope when it comes to protecting their rights.

Laws are proposed to the House and the Senate by multiple states that restrict or hurt transgender rights. In Idaho, ID HO500 is an assigned bill that only allows people to play on a women’s sports team if their assigned sex at birth is female.

This law also requires those who do wish to participate in certain women sports to have a physician’s signature as proof of biological sex. This bill is essentially written “to advance full development of the talent and capacities of our Nation’s people”; however, it restricts transgender people as if they aren’t a part of the nation.

Other states — such as Tennessee and Missouri — have followed suit and are trying to pass bills to single out biological sex sports participation. Across the United States, there are 23 proposed bills that would hurt trans* athletes. Some of these bills include TN HB1572, TN SB1736 and MO HB2718— these bills affect sports participation from elementary schools to college level sports.

These states and those following suit would subject both children and matured adults to proving their own sex despite it clashing or going against their gender orientation. Another possible effect could be that those in transition would be exempted from playing, consequently leading to the purging of transgender individuals from the playing sports.

Unfortunately, the battle for queer rights did not end with President Barack Obama and the Supreme Court passing same-sex marriage equality in 2015.

States continue to pass bills that would hurt LGBTQ+ individuals and veto ones that would promote them.

For instance, a piece of Wisconsin legislation, WI AB319, proposed the prohibition of discrimination on the basis of gender or gender identity. This law sounds like a no-brainer and should have been on its way to be passed, yet it failed.

Georgia legislators have proposed a bill, GA 368, which would allow foster and adoption organizations to prevent same-sex or queer parents from adopting or fostering on religious grounds. Furthermore, the bill as of February has be read and referred by the senate meaning that it’s still on track to be passed. Why shouldn’t same-sex individuals not be parents? Laws and bills such as this help perpetuate stereotypes and negative stigma toward queer parents and those who wish to become parents.

On the other hand, bills that try to directly protect queer rights seem to be ignored and die in committee. The Mississippi Civil Rights Act (MS SB2549) would have outlawed discrimination on the basis of race, sex, gender, sexual orientation and religious affiliation.

Florida bill H0161 directly tried to protect queer individuals and would have stopped all discrimination in public housing and public restaurants; it died in the Civil Justice subcommittee.

LGBTQ+ protections should be a right just as much as freedom of religion and protections against being discriminated on the basis of race. If more and more people are becoming tolerant, then it needs to be present in legislative action as well as the words of the people.

The LGBTQ+ community has disadvantages regarding economic status, job security and poverty.

While everyone agrees homelessness isn’t good for anyone despite orientation, the fact that LGBTQ+ individuals face higher percentages plays a part in job harassment and instability.

For example, the National LGBTQ Task Force compiled a study that shows that transgender individuals are twice as likely to experience unemployment, and this increases to four times when they are of a racial minority group. Also, for trans* individuals who are employed, 90% experience harassment, workplace discrimination and other mistreatment. This then leads some to take work in other areas such as drugs or sex work.

These statistics and discriminatory legislature also play a part in homelessness in the queer world. As told by the National Institute of Medicine, around 320,000 to 400,000 queer young adults experience poverty and homelessness.

Furthermore, in a report done by Chaplin Hill, research shows that LGBTQ+ youth are at greater risk for receiving physical harm, exchanging sex for basic needs, and rape.

It should be disheartening to every American that due to these discriminatory practices, we force growing generations of LGBTQ+ individuals to lower themselves to survive. These socioeconomic disparities are a product of neglectful legislature and the reinforcement of negative societal thoughts.

Society is also a large influence in queer disadvantages, and this is perpetrated by both queer and heterosexual people. For instance, L-G-B-T-Q are not the only letters that represent the queer community; the full acronym would be LGBTQIAP+, and each group feels its own set of individual struggles.

A lot of the struggles come from a misunderstanding or erasing of the culture. For example, bisexuals and pansexuals both experience bisexual erasure. Bisexual erasure is when society or individuals are dismissive or don’t believe that a person can like both sexes or multiple genders. This can make bi or pan individuals feel invisible, ignored and as if they have less representation.

“I often struggle with not being sure if I’m bisexual or pansexual,” wrote Sam Houston University Music major Norli Servin. “There just isn’t enough representation in the pansexual community to help clarify this nuance sometimes between pansexual and bisexual.”

The queer community is also constantly affected by false or negative stereotypes. For example, many forms of media have gay men depicted as the stereotypical overly feminine and dramatic characters, such as Cameron and Mitchell on “Modern Family.”

For lesbian and bisexual women, there is the lesbian character Joanne from “Rent,” who is given male-typical personality traits while dating her unfaithful female partner, Maureen. This depiction paints queer females as either overly masculine or as unfaithful. This type of categorization and stereotyping makes it harder for queer individuals who don’t fit those false narratives.

“I would say my biggest difficulty is compulsory heterosexuality,” says Sam Houston University Music major Danica Christy. “It’s always assumed I’m straight, and I constantly have to come out and defend my sexuality.”

Queer individuals also have to explain and come to terms with their own sexual and gender identities. Knowing and understanding the difference is crucial to improving stigma with queer and trans* people. For instance, a trans woman is still considered heterosexual if she dates men and vice versa, while a trans woman who dates women can be considered gay, or lesbian. Even intersex people have to decide how to feel comfortable in their own body, since they are born with body parts and reproductive systems of both genders.

Gender orientation is completely separate from sexual orientation despite all being under the queer or LGBTQ+ umbrella.

Finally, we have to be aware that people express themselves differently or out of society’s projected norms. For instance, asexual individuals don’t express romance or sexual expression the same as the other LGBTQ+ labels.

These issues are both systemic and cyclical. How society views LGBTQ+ individuals affects how lawmakers create bills, and this eventually harms them in the socioeconomic world. It just takes one branch to stop the cycle of harm that LGBTQ+ face. Furthermore, if it is this bad in America, one can only imagine the tragedy of LGBTQ+ individuals who live in countries that outlaw LGBTQ+ people and their lives.

As a bisexual male, I have to admit that not everything stated affects everyone in those communities. Also, many of these challenges and setbacks are intersectional within the queer community. Everyone’s sexual, gender or queer journey is different and valid. Some challenges may be missing, or a specific identity may not be identified, but never discredit a single person’s struggle. From queer to ally, we all deserve to be accepted and beam like the rainbow. 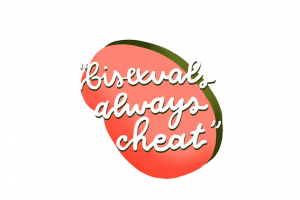 Art by Madeline Duvall Stereotypes are everywhere. They can manipulate the truth and generate a false narrative, leading...
Copyright 2013 Jupiter Premium Magazine Theme
Back to top