Lamar has always been quality. I found him during my freshman year of high school, shortly after his official first album “Section.80” dropped in spring 2011. His sound, style and content were of a grade with which I had never come in contact before, and I’m not ashamed to say I might be hooked. I have seen him three times live, and each time, he held his own on stage while reciting those verses filled with thought-provoking lyrics about race, culture and class that many other rappers aren’t as comfortable with or as good at delivering.

To Pimp a Butterfly’s” sound was enticing right off the bat. I sat in awe of the way he had so successfully blended in samples of the R&B and jazz songs that I grew up listening to in the South, while still managing to keep it rebellious and authentic, like he and the other West Coast rappers before him had. The first track, “Wesley’s Theory” only prefaces the entire 16-track story that Lamar is preparing to tell, mostly including his journey and struggle with money and fame.

Lamar’s execution has only grown in quality since his first studio album back in 2011. In “To Pimp a Butterfly,” he successfully still manages to communicate his message to his audience with beats and rhymes so smooth, you might find yourself pressing pause mid-song, just so you can dwell on the richness of his words. He has never been one to sugar coat his issues with America, “the system’s” unjust, unconquerable authority of the government, as well as capitalism and the effects of institutionalized racism, and it does not look like he plans to start doing so any time soon.

The analysis of the title itself is drawing a comparison between how America, the pimp, has exploited rap music, the butterfly, by encouraging artists to misuse their influence by stripping their lyrics of any true meaning, and reselling its watered-down, bass-heavy songs.

He explores fame’s vanity he has experienced as a rap artist in titles such as “For Free?” and “Institutionalized.” After realizing the vanity he’s succumbed to, he falls into a self-loathing depression with “u,” and emerges from his depression in “Alright,” with his goals to educate his black brothers and sisters on how not to fall victim to Uncle Sam’s ways in titles such as “For Sale?” “Hood Politics” and “You Ain’t Gotta Lie (Momma Said).”

Lamar is down for the cause, and that’s why I’m down for him and what he is attempting to do. I understand that everything he says is not the Word of God, but he is here trying to help educate the black community and give them words of wisdom, so they don’t continue to be enticed by material things that keep them too occupied to pay attention to the hole that capitalism and institutionalized racism still has them in. He is trying — and that is a lot more than I can say about other rappers.

If you enjoy unapologetically raw, conscious lyrics, then don’t let this album remain unheard for much longer. It is such a beautiful thing to see an artist grow and mature in their music and message, and it is becoming evident that Lamar is taking steps to make changes in the black community, in the hip-hop community and in the music industry in general. I am ready for his takeover. 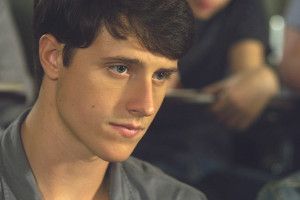 Photo courtesy of godsnotdeadthemovie.com Here are four instant-streaming selections that you should avoid or view at your...
Copyright 2013 Jupiter Premium Magazine Theme
Back to top