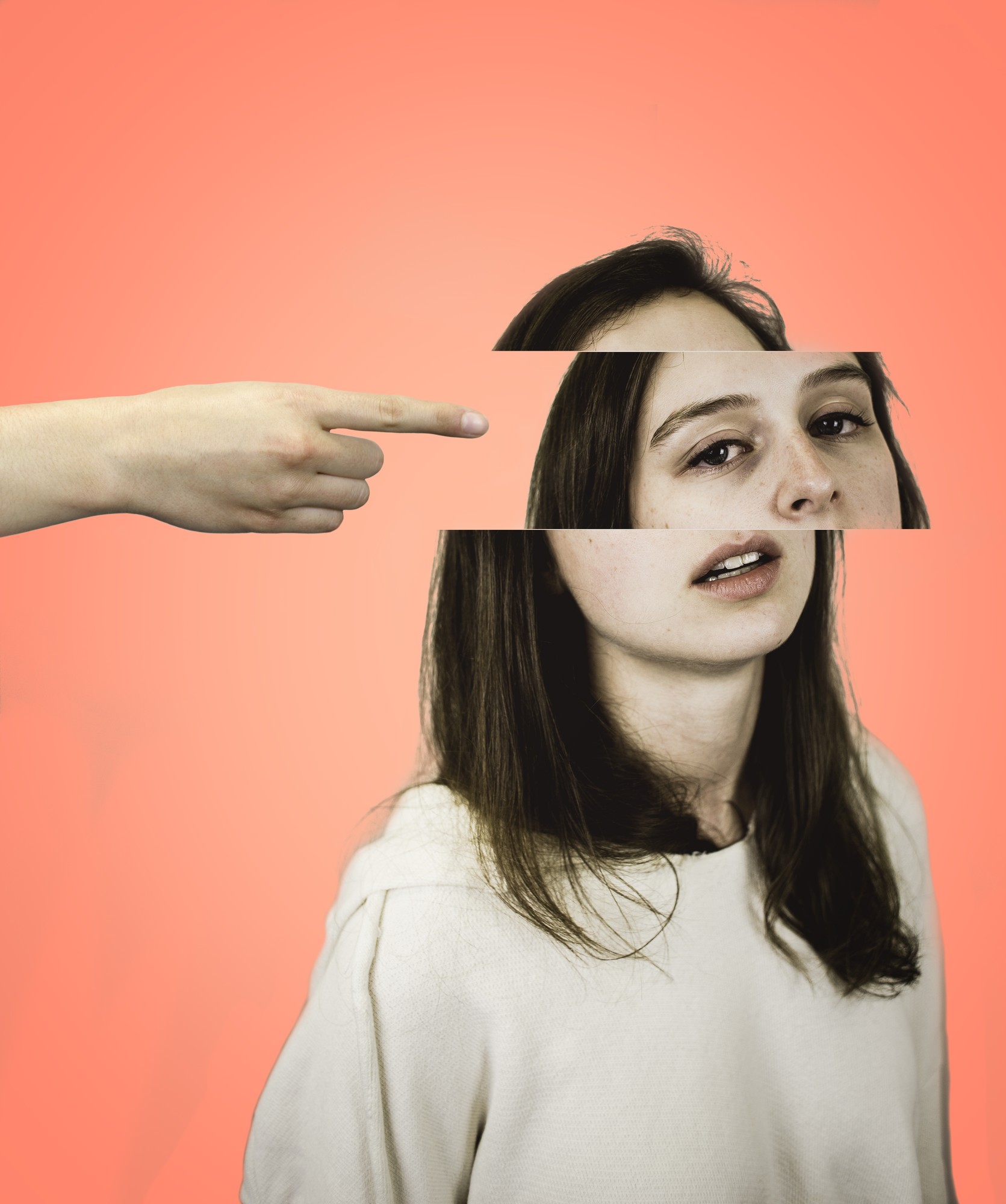 Nineteen-year-old Emily Taylor* enjoyed her childhood in Malibu: learning how to ride a wave before bike, consuming the freshest fruits from her at-home garden and all while being surrounded by one of the most beautiful landscapes in the world.

But when the opportunity came around to leave “the Bu,” Emily decided to leave this so-called “perfect life” in search for something new.

“I wanted more,” Emily said. “I wanted to experience life outside the bubble and learn what it’s like to really be on your own.”

In an effort to see the world beyond the “27 miles of scenic beauty,” Emily decided to leave behind her flip flops and follow her heart across the country to a city that never sleeps. She was ready, or so she thought.

“I thought I was never going to come back,” Emily said. “I loved the New York image— the fashion, the city, the culture, everything. I always saw New York as this place that I could grow up and become who I was meant to become, if that makes sense.”

She did grow up, but not in the way she expected.

Where the Drugs Started

It started out as a “chill party” with good music, good friends and good vibes, Emily said. After finishing another late night at the music studio where she worked, Emily was eager to jump on the downtown L train and attend a get together at a friend’s apartment. It had been a long week for Emily and her friends. Finding a way to take a break from it all was essential. But finding a way to escape their work mode and mood was difficult, especially in a city like New York.

“It’s a work-hard, play-hard community,” Emily said. “It’s so hard to get your mind off of work, and that’s where the alcohol and drugs come into play.”

The first drug Emily used was cocaine. From then on, the list expanded to MDMA (also known as Ecstasy or “Molly”), prescription pills, acid, marijuana and alcohol. Emily never tried heroine, as far as she knows, but she has experimented with laced drugs at the parties she attended.

“Anything can be laced, you just need to know who the supplier is, and then you would know if the drugs are good or bad,” Emily said.

Emily described her first experience with drugs as a normal night. A re-run episode of “The Walking Dead” was playing on the TV, leftover Chipotle and Chinese boxes were on the table, and Emily was showing her friend a funny meme she found earlier that day. A friend walked into the apartment and proposed that everyone do a line of cocaine. Emily said she did not feel any peer pressure or obligation to engage.

“I just did it,” Emily said. “I don’t know exactly why I chose that night, but I do remember that I just wanted to feel relieved. On the outside I was putting on a show for everyone, but on the inside I just wanted to scream and cry because I was so scared and confused about my life and what I wanted.”

There are a number of reasons why someone starts using drugs and/or alcohol. Alberta Health, an Alberta government-run resource for health information and tools, cites the following as why, particularly young people, may fall down this path:

– Fit in with friends or certain groups.

– Be social and have fun.

– Get rid of symptoms of mental health issues such as attention deficit hyperactivity disorder or depression.

– Forget about physical or sexual abuse.

Young people enjoy trying new things and taking risks, according to Alberta Health. Because of the curiosity that is associated with knowing what it feels like to be drunk, high, fully relaxed or completely in another world, experimenting with these substances is a risk they may be willing to take.

Before she began her drug-use journey, Emily said she always was against them. Having a maternal aunt who was a diagnosed heroin addict, Emily was well aware of the dangers and the effects that drugs have on the body. But her decision to use did not start as an attempt to cause damage to her own body, nor did it come out of an attempt to see what it felt like. Her decision to start using and drinking was simple.

“Everybody was doing it,” Emily said. “I didn’t think it could be that bad because almost everybody I was around did these things on the daily, and they seemed fine.”

“Being drunk made it easier to get high because I didn’t feel bad about it,” Emily said. “I couldn’t feel bad. I was drunk, so I just did it.”

Keeping Up in a City That Does Not Stop

After living in New York for six months, Emily said she felt like she had fully adapted to the concrete jungle. Working at a recording studio, going to school and maintaining her city-girl social life was a difficult task for Emily. In order to stay alive in the city, Emily sought only one way to keep up.

Emily’s use of drugs and alcohol were originally only for “special circumstances.” However, she soon found herself in these “circumstances” almost every day.

“Before I knew it, I was out of control,” Emily said. “You get this feeling where everything, your whole body, is numb and you find that it is so much easier to go through your day with this feeling.”

Emily’s drinking schedule consisted of “two shots of vodka in the morning, a few at work and usually one too many at night.”

As for the drugs, Emily’s usage was sporadic and unplanned.

“I just did it whenever I felt like I needed that something, that feeling,” Emily said.

Emily and her friends all had different and personal reasons for getting to “that feeling.”

“Some of us were addicted, for sure, but most of us just used it as a coping mechanism,” Emily said. “There is a difference.”

“The difference [between user and addict] is in the number of diagnostic criteria as per the Diagnostic and Statistical Manual of Mental Disorders (DSM) as published by the American Psychiatric Association and used by physicians and the court system alike,” according to the Foundations Recovery Network’s Dual Diagnosis website.

According to their website, drug abuse is categorized by experiencing one of the following within a 12-month period:

– Legal problems caused by drug abuse or behaviors under the influence.

– Physical harm to others caused by the individual’s use of drugs and/or his or her behaviors under the influence.

– Inability to do what is necessary at home, at school, at work or to manage responsibilities in general.

– Ongoing use of drugs despite continued problems in these and other areas caused by drug abuse.

The Foundation Recovery network categorizes drug addiction by experiencing three or more of the following within a 12-month period:

– The onset of withdrawal symptoms (physical and psychological) when without the drug.

– Using larger and larger amounts of the drug of choice in order to achieve the same results experienced initially.

– Less interest in old hobbies and interests or career/school pursuits.

– Withdrawing from friends and family.

– Multiple attempts to cut down or stop drug use without success.

The first sign of drug addiction is one’s inability to stop using, according to the Foundations Recovery Network. An addict is unable to stay away from the preferred drug or substance, even if there is a clear desire to stop using. Meanwhile, the website states that a drug and/or alcohol abuser may experience similar withdrawal symptoms as the drug addict. However, drug and/or alcohol abusers are able to stop their use without the same urgency to use again.

While suffering in an abusive relationship, along with balancing schoolwork and her job in an industry where they create songs about drugs and alcohol, Emily said she believes drugs and alcohol were how she got through the day. She was prescribed medication by a doctor for her anxiety and depression. However, these were not the kind of drugs she wanted.

Emily said that she often found her body in desperate need of cocaine and/or Molly, especially after a long night at the studio or an argument with her boyfriend. In order to bypass the time between when she wanted the drugs to the time she could get her hands on them, Emily said she used alcohol to make herself feel numb enough to forget why she wanted the drugs in the first place.

“I knew if I was just removed from the situation I was in, I would be fine,” Emily said. “I was around very toxic people and a very toxic environment, and I just wanted out.”

Emily said community is a major factor in one’s decision to engage with drugs and alcohol, as it certainly was for her.

“We were all enablers and we were all unhappy,” Emily said. “We all just wanted to feel better.”

One of Emily’s coworkers at the recording studio noticed Emily’s altered behavior and decided to take action by instituting an intervention. Emily said because this coworker was not part of Emily’s close circle of friends, she was able to provide an external perspective that showed Emily there was a bigger problem at stake.

“They knew the path I was going down and didn’t want to see me do any more harm to myself than I already had,” Emily said.

After the intervention, Emily said she knew that she needed to take a second look in the mirror and really question why she was doing what she was doing. About 25 pounds lighter than when she first stepped foot in the Big Apple, along with heavy bags under her eyes and rigid cheekbones, Emily knew she needed to escape her situation. But this time, she had to escape for real.

“My mom knew I needed to come home,” Emily said. “She could tell, even just over the phone. I was kind of glad I didn’t have to explain too much. She just knew.”

Emily was able to remove herself from her toxic situation and receive treatment at a Malibu rehab facility. Now on out-patient status, Emily continues to see a therapist three times a week, in addition to finishing college online. She also works as a freelancer in editorial fashion and the music industry.

“I know I am in such a better place than I was before,” Emily said. “It was because I was able to get out of the situation I was in,” Emily said. “Not everybody is as lucky to be able to do that.”

Emily’s upbringing showed her a life filled with hope. Although her New York experience was shorter than expected, Emily said she is grateful for the life lessons that New York gave her.

“The second I got there, I knew New York was going to change me; and it did,” Emily said. “I didn’t expect it to take me down this path, but it did. So now I take the experience for what it is and move on with my life.”

*The name has been changed to protect the individual’s identity.