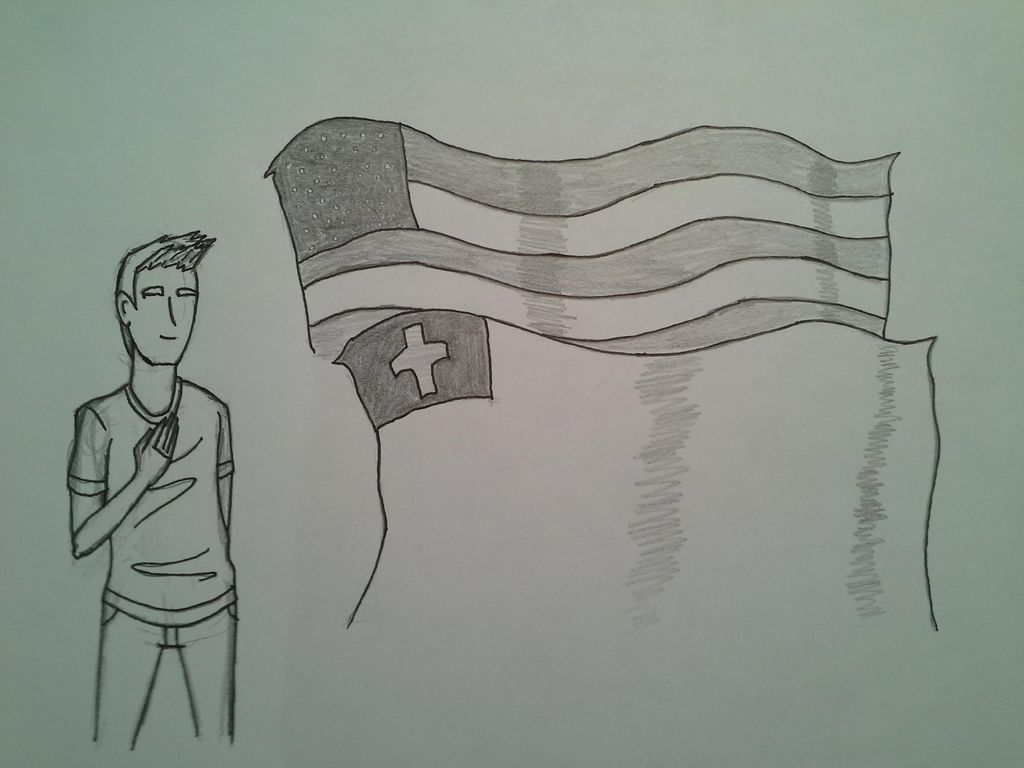 Although America is, at least nominally, a secular nation, talk of religion and religious rhetoric has been a hallmark of its political realm. From recent talk about the implications of Bernie Sanders being a secular Jew to the high politicization of religion in the GOP, the talk of religion and politics is abundant. Religion has become an overemphasized aspect in American politics, with some individuals claiming allegiance to the Founding Fathers’ separation of church and state, and others committing to the belief that religion is integral in shaping their politics and worldview.

Despite the religious slogans and rhetoric that have danced throughout our nation’s history, from songs and speeches to our pledge of allegiance, the separation of church and state should reign supreme in order to create unity through discussion and not division through religious conversation stoppers.

While constitutionally religion and politics are to remain separate from each other, the statistical salience of politics in the 2016 campaign is bolstered by another Pew Research report, which states that with the exception of Bernie Sanders, “all of the all of the presidential hopefuls are Christians and most are Protestants.”

Religion and the presidency are not in an exclusive relationship. The influence of religion on politics has flirted with the news of what it would mean to have a Hindu justice in the Supreme Court, when the speculative news of Obama’s nomination of Sri Srinivisan came to light, prior to his nomination of Merrick Garland to fill Scalia’s vacancy.

These factors culminate to beg the age-old question as to whether or not religion should be considered such a seemingly integral factor in politics today, or whether its emphasis has diverted attention away from bigger and more complex issues.

Gary Gutting argues that while religion may seem to be an overemphasized and inconsequential aspect in politics, we cannot simply ignore a president or politician’s religion altogether, particularly if it motivates their behavior, according to a New York Times article, “A President’s Religion,” published on Nov. 16, 2011.

Examples of such “conversation stoppers” are prolific. They are particularly abundant in religious literalists, especially in issues related to abortion, marriage and the death penalty, where some argue that the resounding words of “the Bible says” should be the rallying cry of American democracy.

Gutting urges us to probe deeper than this simplistic attribution, stating that candidates “must offer discussable reasons for what they propose to do,” rather than working themselves into a corner of religious literalism.

For some individuals, however, religion is a talisman of predictability.

Amy Sullivan writes that for some voters, knowing a president’s religion is “a way of getting a sense of a candidate’s moral foundation, his philosophical worldview,” according to a Time Magazine article, “The De Facto Religious Test in Presidential Politics” by Sullivan in Oct. 21, 2011.

However, religious labels do not always give predictability or an exhaustive list of one’s preferences.

“Discussable arguments,” the idea that politicians should offer reasoning beyond religion as to why they adopted a particular stance, should be the goal of all politics. However, religion will continue to be bound up in politics until politicians learn to divorce the two through this debate. But this divorce should not be conflated with the idea that individuals have to eschew their religion and its influence. Both are certainly important and separating them into different spheres does not diminish their importance. Rather, to honor the separation of church and state and freedom of religion, politicians should strive not to make their politics a doctrine of faith, but to provide dialogue and not conversational dead-ends.