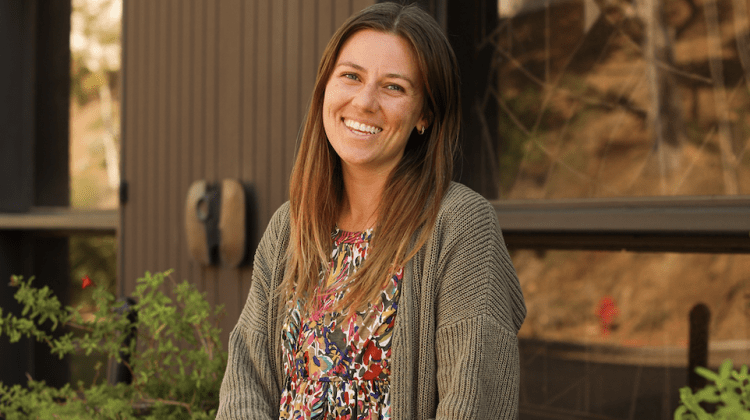 For Resident Director Katy Flinn, summiting Mount Kilimanjaro was not the pinnacle moment she expected.

“You see everybody’s mountaintop experiences, you see their summit picture and you’re like, ‘Wow, that’s so cool, it’ll be so exciting and so fulfilling and so fun,’” Flinn said. “And in a way it was those things, but nobody prepared me for how miserable summit day was going to be.”

Flinn started her physical journey to the tallest peak in Africa on Nov. 20, 2021, but her dream to complete the Tanzanian trek began in 2012 on a family trip to Mount Rainier in Washington.

Midway through her time pursuing a bachelor’s degree in Journalism from Samford University near Birmingham, Alabama, she went with her family to see the Washington scenery. While they were visiting, she said she saw people climbing down from the mountain.

“I realized, people do that, they summit mountains, and I could do that too,” Flinn said.

The idea took a permanent place on Flinn’s bucket list. No stranger to goals, Flinn was already trying to visit all the national parks in the United States. Today, she’s at 46 out of 63.

In East Africa, Flinn said she remembers being close to Mount Kilimanjaro, and trying and failing to convince her program to summit it together.

At Pepperdine, she met Brynn Barton, a 2021 Caruso Law alumna, and the two became friends over a shared love of hiking to the cross at Pepperdine and experiencing the outdoors. Barton now lives in Accra, Ghana, where she works as a legal fellow with the Sudreau Global Justice Institute.

Flinn planned on visiting Barton in Ghana over Thanksgiving break 2021, but when her airline ticket fell through, Barton pitched another idea: Mount Kilimanjaro.

Flinn said Barton suggested they meet up in Tanzania and make the climb. On the trip, the two befriended a brother and sister from Germany. Flinn said it was one of the best experiences, crossing cultures and making new friends as they completed a once-in-a-lifetime experience.

Together, they reached a height of 19,341 feet and covered a distance of 12.9 miles over a span of six days. On day No. 5, they woke up at 11 p.m. to start their summit-day hike at midnight. While most of the Mount Kilimanjaro climb is pleasant, Flinn said the summit portion is extremely cold and windy.

It was then that Flinn said she became sick from the altitude, ultimately having to stop multiple times to throw up before she could keep going.

Still, even with altitude sickness and fatigue, Flinn said the summit was special. It was the moment that years of dreaming and days of striving came to fruition.

“When we saw the summit sign, I just started weeping, and I don’t think I stopped weeping for like an hour after that,” Flinn said. “Because it was just so exciting to have reached the goal, and to have worked so hard to get there, and that dream moment coming true.”