With over a month of missed class time, Pepperdine Jumpstart members face major disruptions in the program.

“It’s been kind of a lot,” freshman Lauren Kula said. “November happened, so because of the fires and everything, we didn’t have Jumpstart for basically a month. And now with the LA teacher strike, it’s pushing our curriculum back even more.”

Jumpstart is an Americorps program designed to help further early education in schools around the nation, according to the Pepperdine Jumpstart website. The program teaches preschool aged kids important language and literacy skills to equip them for kindergarten and beyond.

The Pepperdine Volunteer Center organizes the Pepperdine corps of Jumpstart, one of the largest in the nation with nearly 100 students participating each year in 12 different schools, according to the PVC website. But this year’s Jumpstart team members face unusual obstacles.

“November was a very interesting month for Jumpstart because we didn’t have session for a long time,” freshman Cameron Zohary said. “It was hard not working with the kids. I know they get so excited to see us, we make their ‘bi-weekly’ moments.”

Kula said the Jumpstart curriculum centers around 20 books. During the first session of the week, Jumpstart workers read with the kids, and at the second session, they ask the kids to remember and retell the story.

“We still want to maintain that system because we think it’s really important for the kids to not only engage with the story but remember it so they can apply the lessons of the books to themselves,” Kula said. “In terms of the time that’s gone away, we just have to continue along with the curriculum, and if we don’t get to some of the books at the end, it’s okay because what really matters is that they glean a lot of meaning from what we do cover.”

Junior Mackenzie Mazen, a Jumpstart team leader, said the missed days have not only made it harder to finish the curriculum but also to earn the required hours for the government stipend.

“A lot of people are nowhere close to where they should be because we didn’t have November and then added with the strike,” Mazen said. “We still got hours [through other activities] but it’s nowhere near where we should be and so I think, overall, everyone’s a little freaked out right now.”

Jumpstart is an hourly wage job for students with Federal Work Study, Mazen said. Students who reach 300 hours receive an additional stipend. The Woolsey Fire and LA strike has made it hard for students to meet those hours.

Kula works with a team at Chase Early Education Center and she said coming back after this break will be interesting.

“Things might be a little bit hectic because even though it’s our first time back, it’s also the kids getting used to sitting down and having to listen,” Kula said. “They’re kids aged 3 through 5, so they’re very young, very excitable; [it’s] kind of hard to make them sit down sometimes.”

Mazen said after winter break, her team at Limerick Elementary School had one “child center time” in which they just played and interacted with the kids, meaning they have yet to have a normal week with two sessions.

“It was a little weird because we’ve been thrown out of our groove,” Mazen said. “Like, ‘What are we supposed to do?’ ‘When are we doing this?’ But the kids were obviously really excited to see us, which was nice.”

Kula said she supported the teacher strike in LA though it had no direct influence on the Jumpstart program for this school year.

“I think it’s great that the teachers are standing up for what they think is right,” Kula said. “They’re [striking] not necessarily for money or to get better positions for themselves but just [to show] that there’s so much funding lacking in the public education system. They were doing it because the kids deserve better and I really respect that. I’m glad that they’re fighting for things that we need.”

Mazen and Kula both said they are passionate about children and Jumpstart and that they would encourage others to join.

“It’s really good to change these children’s lives and shape their education,” Mazen said. “I love Jumpstart. I’m really passionate about it. I think everyone should pay attention to early childhood education because they are our future.” 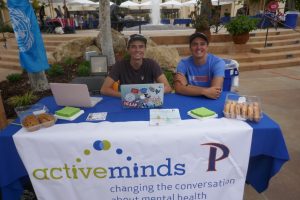