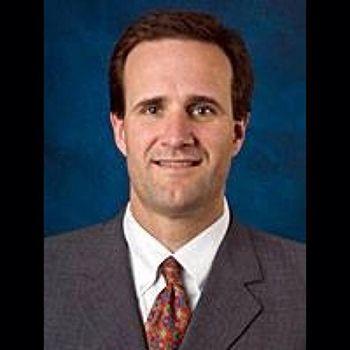 Jim Gash, interim director of Global Justice Program and professor of law, received the Warren Christopher Public Service Award Oct. 12 for his judicial work in Uganda over the past year.

Gash said he started his involvment with Uganda through Pepperdine in 2007, but he first went to Uganda in January 2010 to work with a children’s reprimand home, which is a prison for kids awaiting trial. He said he and his group prepared the children’s cases for trial and guided them through the judiciary process.

“I had never been on any mission trip. At all. Ever. Anywhere,” Gash said. “I’ve been a strong supporter of missions — eager to help — but that was for somebody else. But God was making clear to me that it wasn’t just for somebody else.”

Gash said his motivation for his work in Uganda has been motivated by faith.

“[Faith is] the beginning, the middle and the end. It’s what caused me to take a step beyond my comfort zone. Up until the age of 42, I had not stepped out of that comfort zone in any meaningful way. But when I felt like the call had come — and I probably ignored the call on prior occasions, if I’m being honest — the cock crowed for the third time and it was time for me to step up.”

Gash received an email from the Chair of the International Section of the California Bar in June while he was still in Uganda informing him that a committee had selected him out of 12 nominees to receive the award.

Gash said that until he received the email, he didn’t know such an award existed, that he had been nominated, or who had nominated him. “It was completely out of the blue,” he said.

Gash said a boy named Henry, who he met during his trip in January 2010, is also what has kept him close to Uganda over the years.Henry was a prisoner charged with murder, but because he was one of only two of the 21 prisoners who could speak English, he was called the “prime minister” of the internal prison government and was allowed to have a cell phone.

“We became close, we exchanged cell phone numbers, and we’ve talked every week since then,” Gash said. “He’s graduating in three weeks from secondary school. He starts medical school this fall in Makerere [university] … So there is some personal investment as well as structural investment there.”

Gash said he and Henry just finished a book waiting to be published about the change in their lives that came from meeting each other.

In 2011, Gash said he started working with Ugandan lawyers and training Ugandan law students, so they could actually heal the problem instead of “just putting a Band-Aid on things.”

Gash moved out to Uganda with his family for six months in January 2012 after receiving an invitation from the Chief Justice and head of the criminal division to help implement changes and prevent further delays. “We worked very closely with the court to create a new juvenile system,” Gash said. “Last year we took the first steps in integrating that into the adult system.”

Gash said lawyers are uniquely equipped to have an immediate impact on countries so the rule of law can flourish, which is necessary for economic development, public health and the very backbone of a society.

“Uganda is a democracy,” Gash said. “It is a former protectorate of England, like we were, and English is the language of law and business, so that allows our students to have immediate access to what is going on. Their judicial and legal structure is similar to ours. And the Ugandan government has developed a trust in Pepperdine, in our students and in our institution to allow us access to opportunities that typically wouldn’t be allowed.”

Gash said Pepperdine has been very supportive of help in Uganda.

He said the university’s first step of faith was in 2007, when they sent two students to be law clerks and externs in the Ugandan judiciary system.

Then again, in 2009, Gash said Pepperdine took another step of faith by entering into an agreement with the Ugandan judiciary. “That’s unheard of in higher education,” Gash said, “that a country’s judiciary and our law school have a written partnership.”

Furthermore, Gash said the university supported his work by paying for his travel and granting him a sabbatical.

Gash said he thought of the award as a validation of the choices that Pepperdine, the law school, he and his family have made. 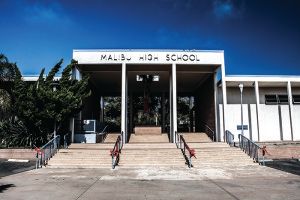 Photo by Benjamin Keoseyan It has been three years since Malibu High has tested for mold and toxins, and some are starting...
Copyright 2013 Jupiter Premium Magazine Theme
Back to top