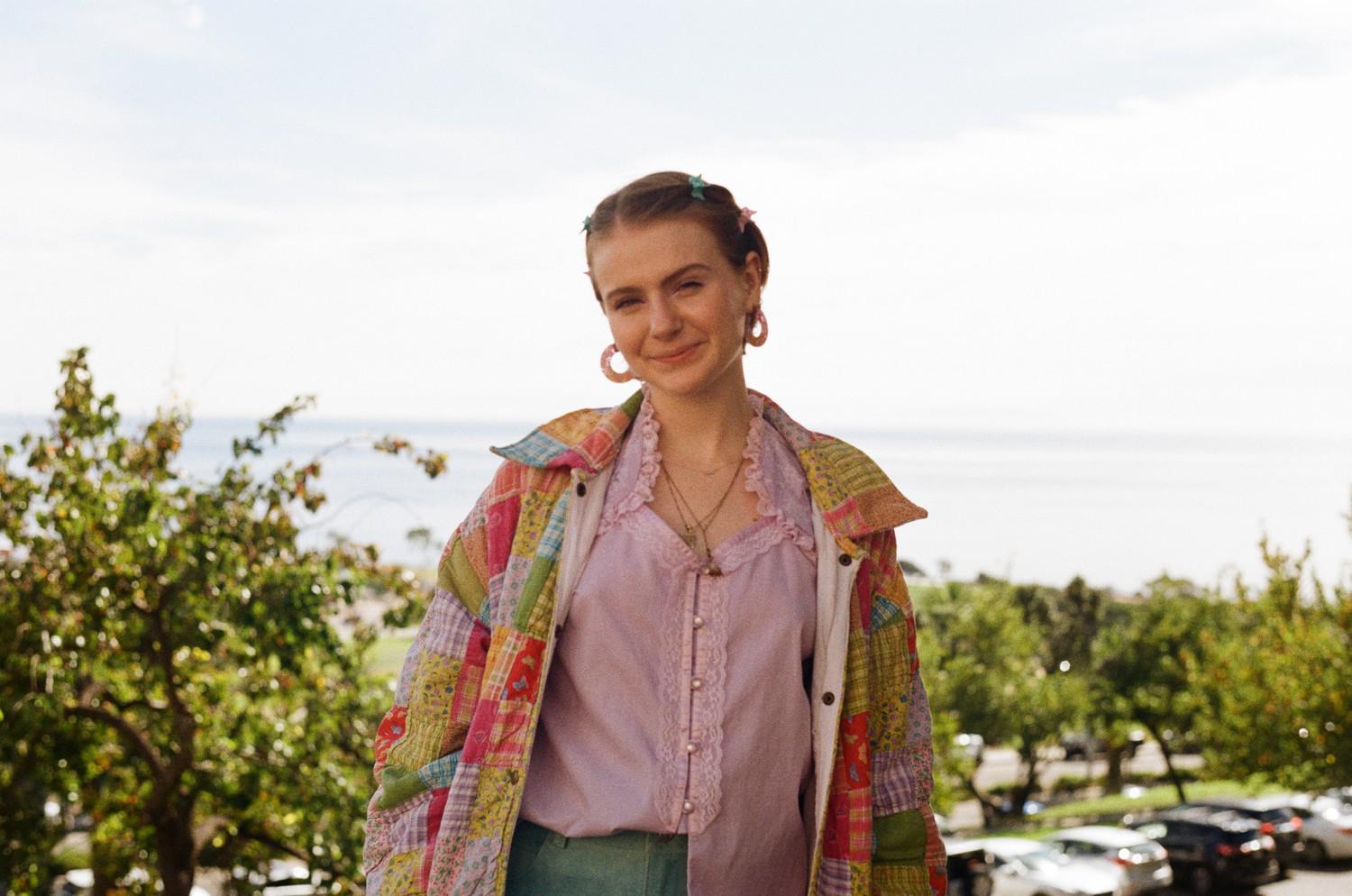 For junior Izzie Agee, clothing and fashion are more than just what they wear — it is an intentional, curated and crucial part of their identity.

But beyond Agee’s style, their clothing represents their passion for environmental justice. For them, sustainability and artistic expression are a way of life.

Agee said they started thrifting more and getting into sustainable fashion during their senior year of high school.

“I was finding these really unique pieces that brought me a lot of joy because they set me apart,” Agee said. “I just started thinking a lot about fast and online fashion. I just realized it was too mass produced for me, it wasn’t unique to have a shirt that thousands of other people could have.”

Chris Doran, professor of Religion and founder of the Sustainability major and minor, said he recognized that Agee had a high regard for environmental issues and justice when they were in his first-year seminar class in Fall 2020.

Agee initially came to Pepperdine to major in Psychology. After finishing their first semester, they said they weren’t sure Psychology was the right fit for them.

“I talked to Doran about [struggling with finding a major],” Agee said. “He was like, ‘Why aren’t you a Sustainability major?’ and I was like, ‘Wait, I can do that? Perfect.’”

Agee said their style identity aligns with the term sustainable maximalist, a fashion movement on social media known as an aesthetic antithesis to minimalist fashion.

Agee said their experimentation with fashion began as soon as they could dress themself.

“My parents will always tell me about how I was just a wild kid,” Agee said. “I always had crazy hair and colorful outfits. I had a pair of purple shoes that my mom said I could only wear sometimes because when I wore them, I got super sassy and she couldn’t control me.”

Agee said they struggled to come to terms with being queer as they got older. This struggle caused them to dress more conventionally, motivated by a desire to fit in and not draw any attention to themselves.

“I was trying my best to really force myself into a box that wasn’t me,” Agee said. “I look back at pictures of myself [from then] and know I didn’t feel like myself and was super insecure.”

When Agee entered high school, they said they began expressing their identity as both nonbinary and queer. Agee found joy in cutting their hair short and wearing oversized, brightly colored clothes from the men’s section of thrift stores.

Junior Ariel Wilson, one of Agee’s roommates, said she feels blessed to see how Agee has continued to evolve since their first year at Pepperdine. Wilson said the two met because they were some of the few students living on campus during the 2020-21 academic year.

Wilson, a Sustainability major, said Agee’s unique fashion choices and emphasis on sustainability as a lifestyle instantly captivated her. Wilson said she appreciates Agee as a friend because they stay true to their ethical beliefs without limiting their creative expression.

“Izzie’s style really began with their hair,” Wilson said. “It was first blonde, then pink, then orange. Izzie’s always worn cool clothes, but their clothes switched from just being cool clothes to really representing their true identity more so than society tells us we’re allowed to.”

Agee said they know they stick out on campus for dressing in visibly gender-nonconforming ways. While that visibility can be scary, it also means it is easier for other LGBTQ+ students to spot them.

“I wasn’t proud of [the queer] part of myself, so I hid it for so long,” Agee said. “And now it brings me a lot of joy and pride to be physically identifiable as queer.”

Junior Jess Kovie, Agee’s other roommate, said Agee’s visibility was one of the factors that led to their friendship.

“Sometimes it can feel like you’re the only [gay person] on the whole Pepperdine campus, and that can be really isolating,” Kovie said. “We’ve been able to share really intimate feelings [about our sexualities], which is one of the main reasons our friendship is so close.”

Regarding their personal style, Agee said their cardinal rule is staying true to themselves and their identity — no matter how much it differs from the crowd.

“You can’t force yourself to be anything besides yourself,” Agee said. “It’s all about just wearing and pursuing what makes you happy and what makes you feel comfortable and confident. That’s how you end up looking and acting like your best self.”