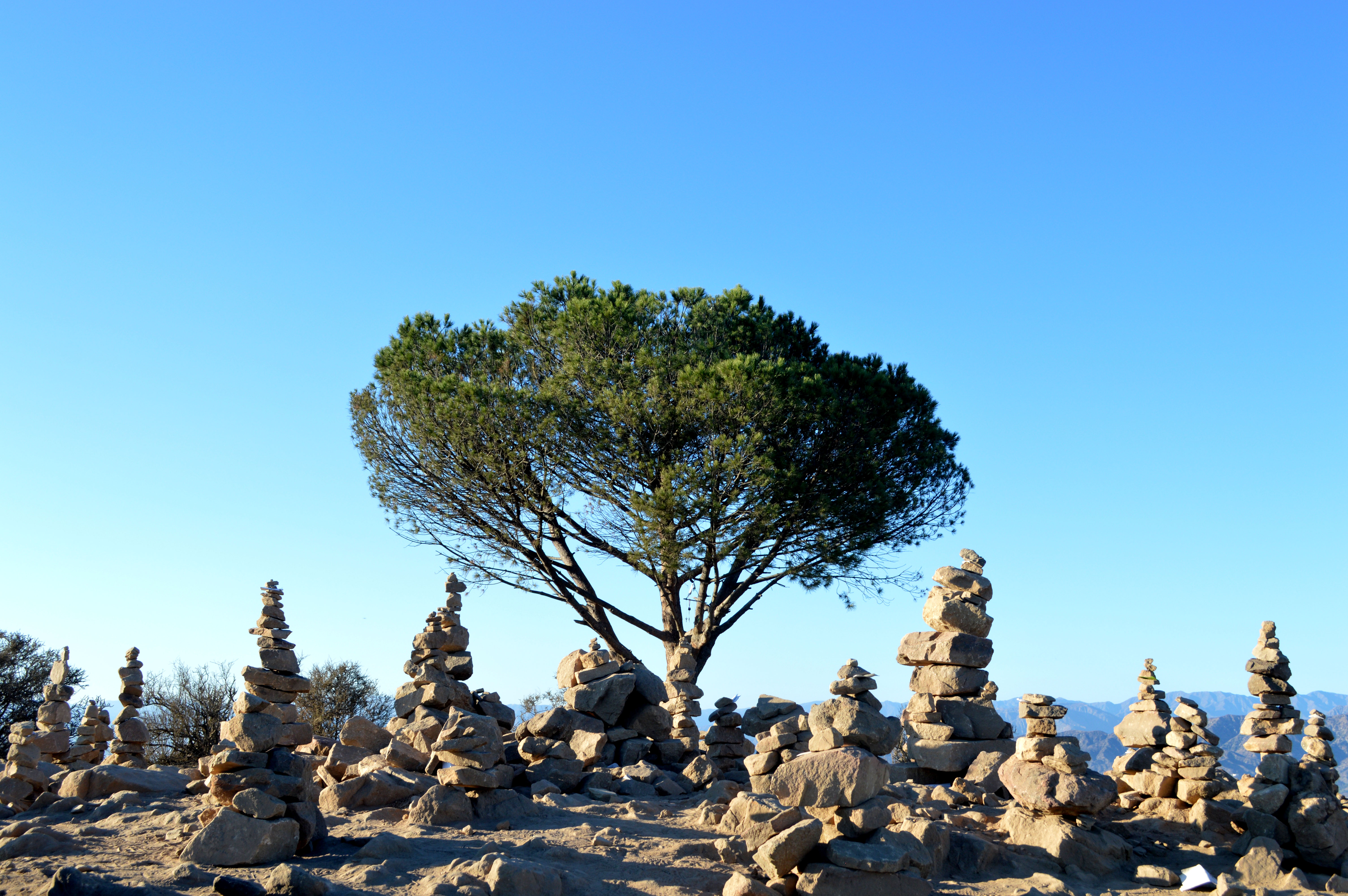 “It’s meant to be a shrine, not Hollywood and Vine,” Mark Rowlands, 59, of London, founder of the Wisdom Tree, said. “It’s not what it used to be for the few people that were privileged enough to know about it before it got turned into a destination.”

Rowlands said he originally spotted the tree from his helicopter after the 2007 Hollywood Hills fire, and that the tree has lost some of the uniqueness it once held before it became just another LA tourist hub.

“My initial reaction was ‘How do you get up there?’ and I kinda looked around and it wasn’t until later on that I flew around again in the helicopter and found this sketchy path up the south side,” Rowlands said. “Which wasn’t really a secret, but it wasn’t at that time really obvious when you went up that road that a path was there.” 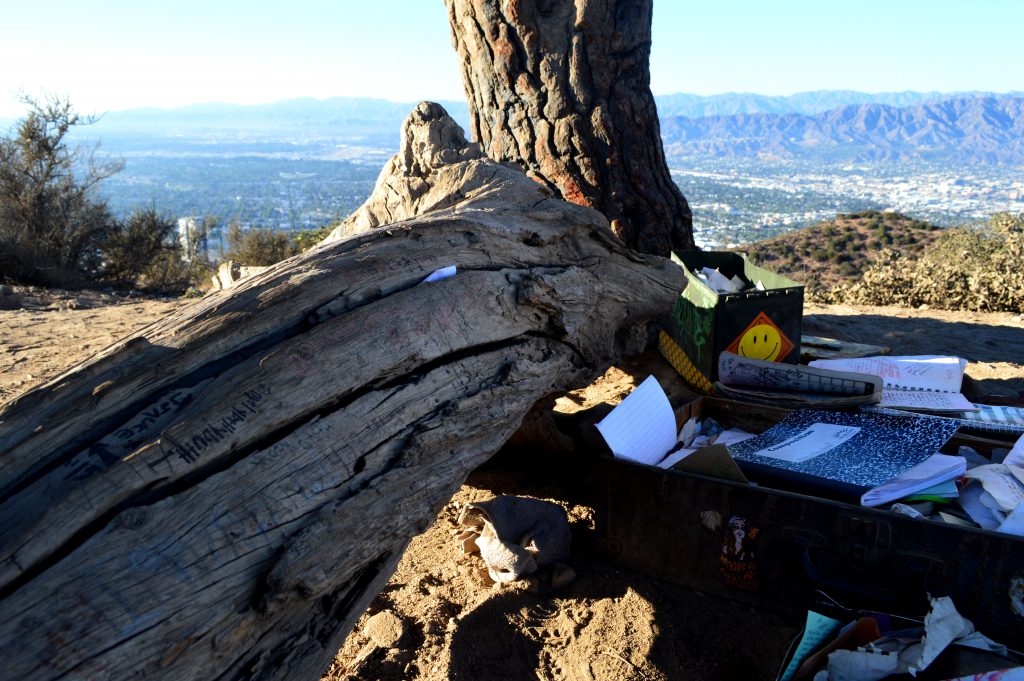 Rowlands acknowledged that he was not the first to put a journal of sorts beneath the tree. He shared that there was a three-ring binder, wet with rain and starting to tear, there the first time he ventured up to the tree.

“So it was after that, that I put the ammo case with some nice notebooks and pens and stuff like that for people,” Rowlands said.

He said he was surprised at some of the deep and personal messages that people shared in their notes at the tree. 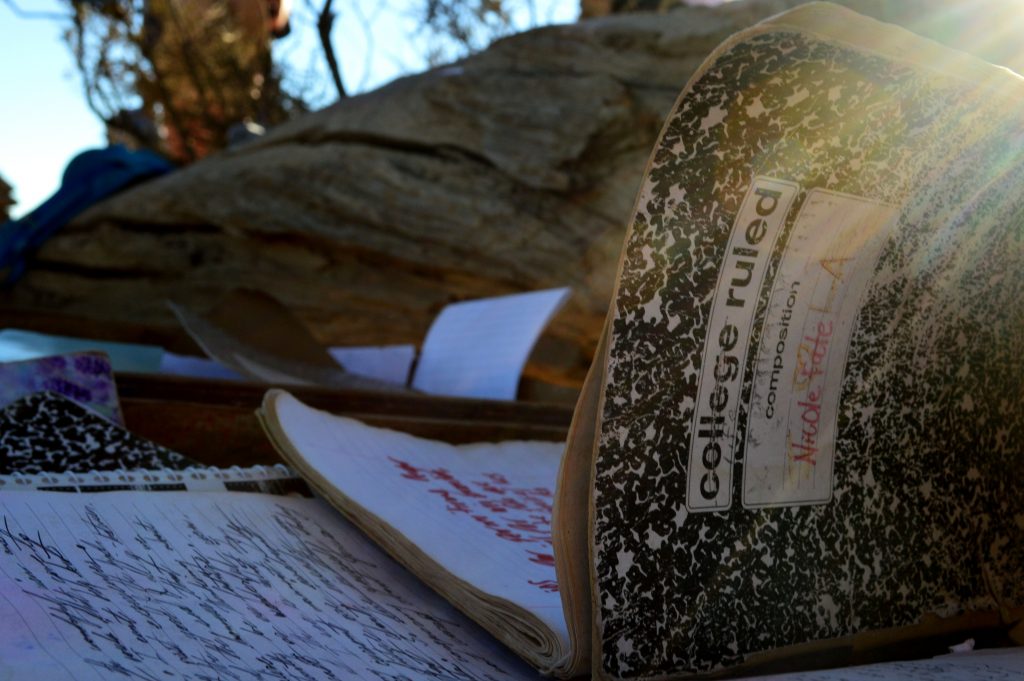 “The most impactful thing is that these people seem to be unreserved in what they write there, even though they know some other people are going to read them,” Rowlands said. “It’s very personal things they write, and they ultimately want to share it because that’s why they are writing it in a public book so to speak. And a lot of what’s written obviously has taken a lot of thought and a lot of passion.”

He shared that he never wrote personal things in the notebooks and kept many of his messages simple because the tree was already a personal and special place to him.

The tree has become a sort of tourist destination nowadays, Rowlands shared. He referenced a student film on his website that serves as tribute to the notes people write at the tree. They write that the tree is a “symbol of strength and solitude,” and “this tree, this spot, is magic.” Another note reads: “Although I won’t be reading all of this today, I plan on returning. I will read your messages as you’re reading mine.” 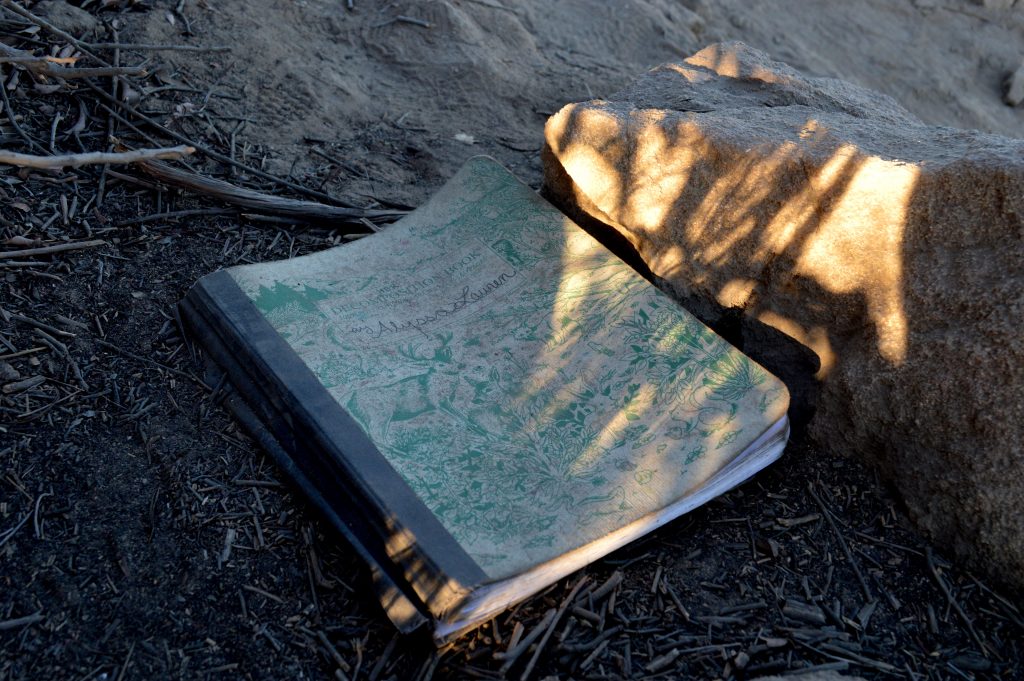 Once a beautiful place of peace and solitude, Rowlands expressed sorrow in the fact that the tree has been abused by tourists, and now has broken branches and graffiti.

Pepperdine Junior Logan Baldwin shared that although difficult, the hike is rewarding because of the meaning that lies beneath the tree.

“In the moment during the hike, it was very hard, and I kind of had to stop and take a few breaks. But once I was there, it was so pretty and rewarding that it didn’t even seem as hard,” Baldwin said. “The view is very pretty, and the experience was inspiring and fulfilling because I felt accomplished, but also was encouraged by the words.” 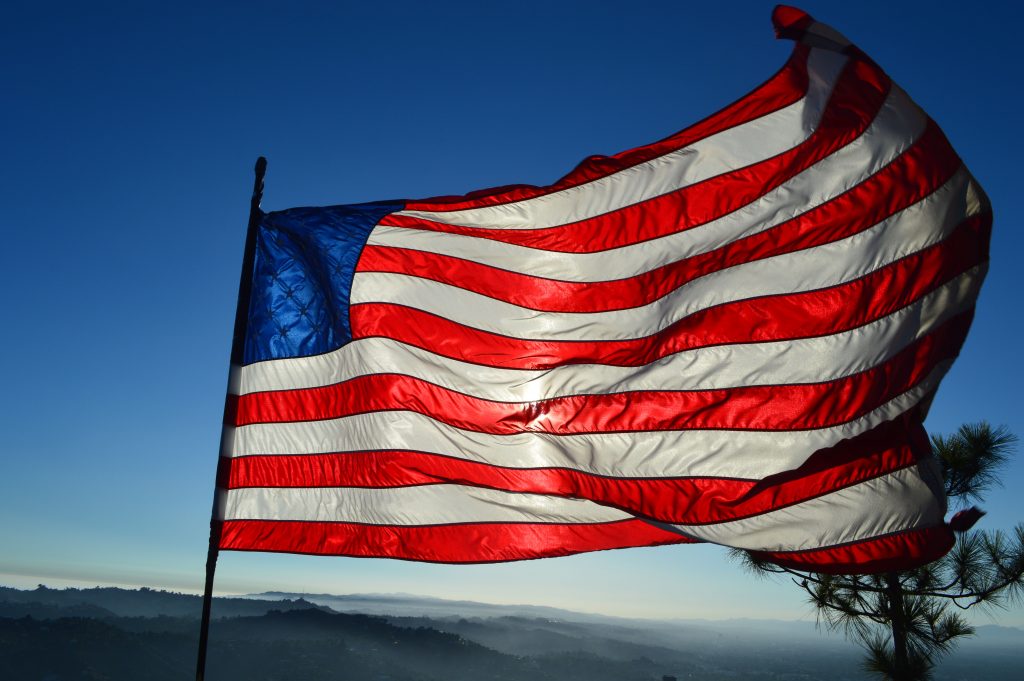 “The view from the top is one of the best in the LA area,” Riekhof said. “All around you, you’re surrounded by a city, yet you’re in this calm, quiet, natural environment. Partnered with this quiet space is the Wisdom Tree, which is such a cool place to be. I’ll read through the journals, or add some wisdom of my own each time I go. It’s interesting to see the new advice there and how much everything changes with each visit.”

Once on the trail, it’s a bit of an uphill battle with semi-steep slopes that wind around the side of the mountain. But after about 15 to 20 minutes, one reaches the peak — and, most importantly, the Wisdom Tree.

“People wrote some really profound things, and I would say 99 percent of them didn’t mess around,” Rowlands said. “There were a few rude comments in there, but mostly it was very profound stuff, and people really appreciated the solace of the space back then. And now, not to say that it shouldn’t be shared, but it’s not the same thing.” 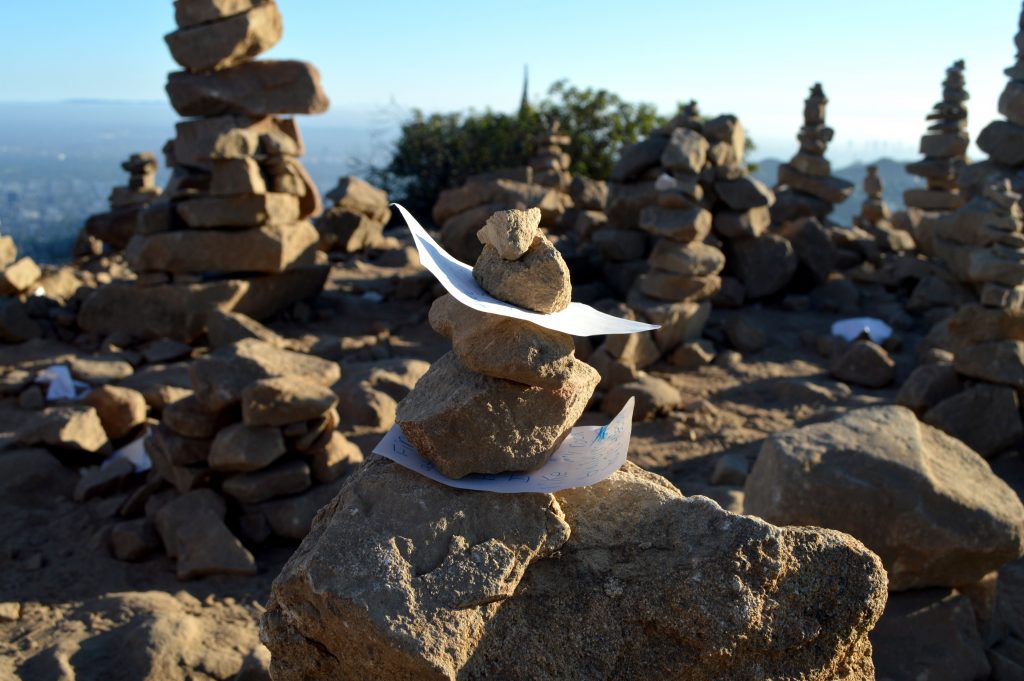 The notes share more than just encouraging words, joyful recollections and hopes and wishes for the future. Some talk about heartbreak, missed opportunities, failure and people they miss.

“I read about someone who was going through a divorce, and they were documenting the process and how they were feeling so through the divorce,” Riekhof said. “It wasn’t really a letter of advice, but it was a really good way for me to realize that there’s other people out there struggling and going through situations that are harder than mine or different than mine.”

Letters are stuffed in the boxes, and are also held between stacks of rocks on the land beside the tree. One of them merely lists ways to be happy and live life to the fullest — encouraging those who read it to trust fully and be vulnerable.

This tree used to be a coveted LA secret to only a select few lucky individuals. Nowadays, people far and wide come to take solace in the tree and the message that it leaves. The boxes of notes beneath the branches share not only wisdom and inspiration, but the Tree stands tall as a testament to LA history.