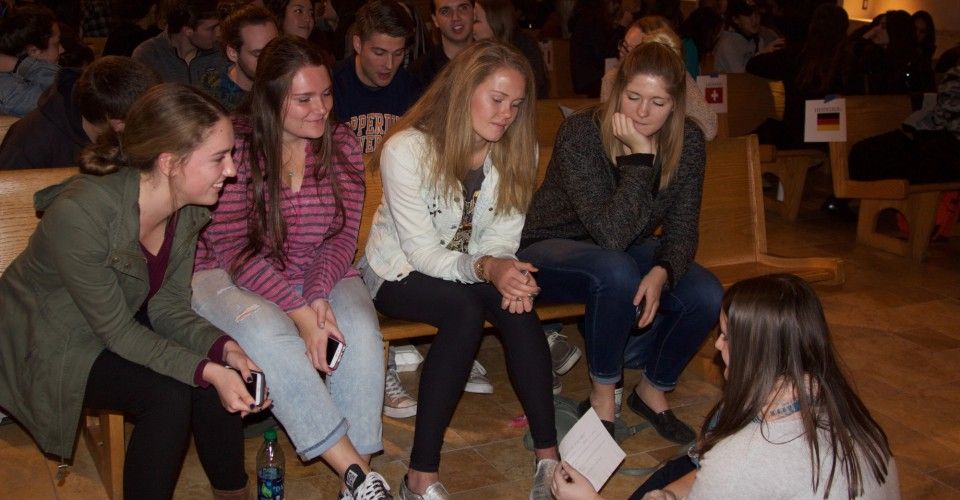 The Heidelberg International Program hosted the first Launch of the seven-week Convocation Series on Monday. 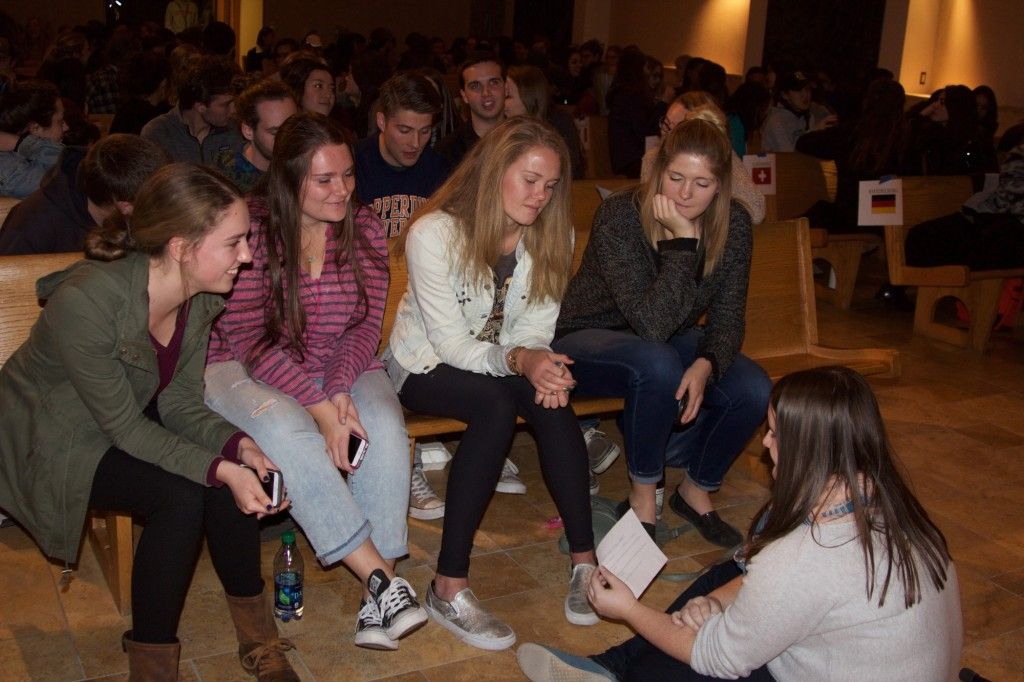 IP offers Launch to students to prepare future IP participants for their upcoming abroad experiences. The Convo series was formerly called SALT, “Serving as Leaders Together.” Along with the name change, the Convo series will revive a more interactive environment that has not been seen in recent years.

“We are really hoping that it is more than just coming in and getting Convo credit,” senior and International Programs Student Development Intern Kailey Schaneberg said. “We are doing some small group time at the end so that people actually interact with each other and engage with the event, rather than just absorbing it.”

Schaneberg said that the SALT Convocation series used to have a small-group structure about five years ago, as well. However, this hasn’t been done in the past few years, so it was a factor she wanted to focus on for Launch.

“We decided to change the names to Launch and Landed to signify what the actual students are doing,” Schaneberg said. “SALT and Light are great, spiritually, but they don’t really describe what the events are.”

However, Schaneberg said that not all of the speakers will be next year’s international programs’ visiting faculty members, but rather those who have been in the past.

Cox said he was interested in speaking at Launch because he feels so blessed by the opportunities he and his family have had through IP and he likes to give back when he can.

“It’s also a chance to encourage students to find spiritual meaning in IP, which is important for my Heidelberg students, and for students generally,” Cox said.

For his speech, Cox said he wanted to focus on the positive aspects of being abroad.

“I had to think about what I could offer students that would be meaningful,” he said. “I wanted to make a connection.”

Cox also said he did not want his speech to only cater to next year’s IP students, because he knew that some of the students in attendance would be either IP alumni or students who may not be involved with IP.

“I wanted to say something that would resonate with anyone,” he said.

Students in attendance at the first Launch Convocation listened to Cox’s stories about his experiences abroad, heard quotes from Dante’s “Divine Comedy,” and were given three blessings.

“I wanted them to be open to [their] experiences, to find ways to enjoy them more, to experience them better, so that those experiences may bless them when they return,” Cox said of his speech.

Cox offered the students three blessings: wander, wonder and welcome. He advised students to wander by getting lost.

“Experience the joy and the fear of being lost,” Cox said. “Heaven is being in the moment.” He then spoke of the importance of wondering. “I want you to lose yourself in the moment,” he said.

Cox challenged students to take less selfies on their trips abroad. He said that instead, students should “be the camera.”

“The camera opens itself up and receives what it’s seeing and is shaped by the experience. When you are the camera, you are transformed,” he said.

Finally, Cox suggested students should welcome the ups and downs that come with being abroad. He said that part of being abroad is also dealing with mundane or difficult situations.

Past IP participants had similar things to say. “I advise future IP students to have an open mind to the new experiences they will have,” junior Stewart Harrison said.

Harrison participated in the Lausanne international program for the 2014-2015 academic year.

The Launch Convo series will be a place for speakers and IP alumni to share their experiences with those who have yet to experience life abroad.

Schaneberg said it focuses on the spiritual journey that students experience during their time abroad.

“I am really hoping that the students, especially the first-years that are going abroad, can kind of take their first steps into a spiritual community,” she said. “That community abroad is so different than any other space because they are their own leaders. It’s the students that make the spiritual life abroad, so I want them to begin to feel comfortable doing that on their own and just start prepping for that side of the abroad experience.”

The next Launch Convo will take place on Monday at 7 p.m. in Stauffer Chapel, and will be hosted by the Buenos Aires Program. 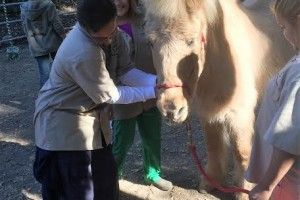