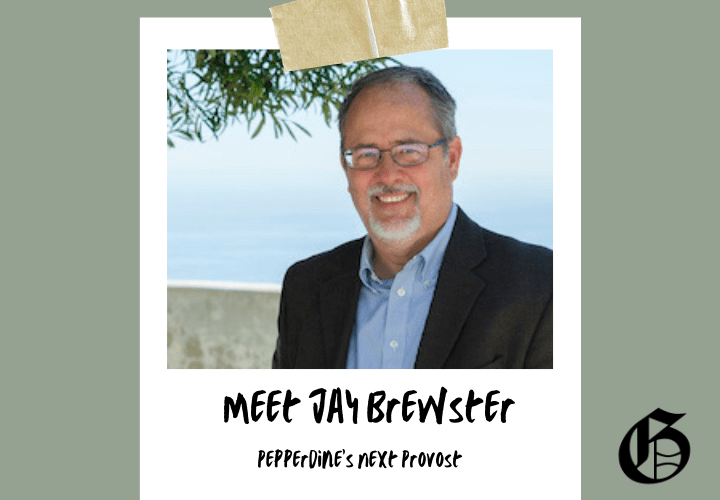 Jay Brewster is many things — a father, a husband, a researcher, a professor, a Church of Christ elder and a Pepperdine fan. The newest title tacked on to his resume: Pepperdine provost.

President Jim Gash announced to the Pepperdine community April 19, that Brewster would succeed Provost Rick Marrs at the conclusion of his term July 31. Gash selected Brewster out of the final six candidate pool, made up two internal candidates, one candidate who had previously worked for Pepperdine and three external candidates.

“The idea of jumping into a full time as Provost is a deeper dive into administration but at a level that is really exciting,” Brewster said. “I have deep respect for President Gash and his vision and I’m looking forward to being a part of some exciting things moving forward.”

Brewster graduated from Abilene Christian University with a degree in Science Education in 1989 and received his Ph.D. in Biochemistry and Cell Biology from Rice University in 1993. He completed a postdoctoral fellowship at McLaughlin Research Institute for Biomedical Sciences but said he missed the undergraduate campus environment.

“It’s a privilege, I think, to work with undergraduates as they’re taking their first steps out of the home and into their adult life as an adult,” Brewster said. “I always tell my students in my class, it’s the best part of my day when I get to work with them, and talk to them and talk science with them, and share our lives together.”

Brewster moved with his family to Malibu from Montana to teach at Pepperdine in 1997 and has taught in the Natural Science Division ever since.

“I’m here because I believe in Pepperdine as a Christian university that is very unique, a partnership between scholars, scholarship, high-caliber students and a genuine commitment to a community of faith,” Brewster said.

When the provost search began, Brewster applied due to his relevant experience working as an associate provost for several years and serving as divisional dean of the Natural Science Division.

“It was not anticipated; I think we had a great group of finalists and I was just excited to be able to go through the process,” Brewster said. “But it was really exciting to hear the news, really exciting to talk with President Gash and think about the future. It’s been a dizzying week leading up to today, I would say,”

In his announcement to the Pepperdine community, Gash called Brewster a person of “impeccable character” with “gentle yet profound” wisdom and commended him for his notable accomplishments at the University in his research and administrative leadership roles.

“All of the above clearly illustrates Jay’s heart to serve this institution that he loves and why he is the right person to lead the academic enterprise at Pepperdine in this next season,” Gash wrote in his April 19 email.

While the administrative aspects of higher education don’t appeal to everyone, Brewster said he enjoys that kind of work because of the impact it creates at Pepperdine.

“I get excited when I can be a part of a process that expands our capability to serve students, expanding facilities, brings more money to the University — all that is fun to me,” Brewster said.

Brewster will assume his role August 1, 2021, during a critical transition as Pepperdine plans to return to all in-person services and activities in the fall. Among his immediate priorities as provost include vaccination, surveillance COVID-19 testing and community building, Brewster said.

“I think it will be really important for all of us to be available, to be engaged, to get to know professors, for professors to get to know students and to try to quickly adapt and adjust to what we hope will be a restoration of normalcy,” Brewster said. “I know it won’t be fully normal, but I think we want to move in that direction as quickly as we can.”

An educator at heart, Brewster said he would love to continue teaching, but his first priority is being an effective provost.

“It is hard for me to imagine not being a teacher fairly regularly, but we’ll see how it goes,” Brewster said.

The provost role at Pepperdine doubles as chief academic officer and manages the five schools as well as oversees several departments like OneStop, the Office of the Registrar, Office of Student Accessibility, Office of Institutional Effectiveness and the Center for Faith and Learning, among others. Brewster acknowledged the large role the provost plays and said he’s excited to work alongside other executive leaders at the University.

“It’s an adventure,” Brewster said. “I would say there’s a lot of unknown moving forward for me. I’m excited when I talk to people in the TAC. I have a deep respect for those that I know that work in administration.”

Honey, It's All About the Pretty Privilege 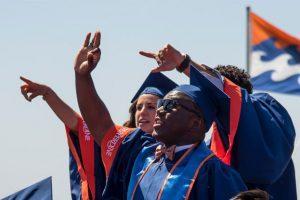