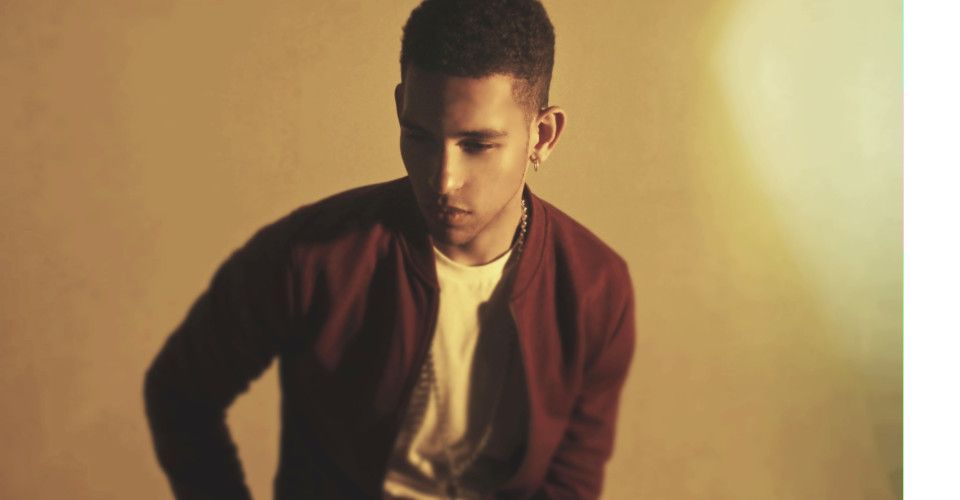 NoMBe’s most recent single, “Kemosabe,” came on Spotify radio a few months ago, prompting the immediate question, “Who is this guy, and why don’t any of us know about him?” His music has a groove that is instantly enjoyable — it fits in (but is not limited to) the nebulously encompassing genres of IDM, R&B and house.

After a successful Google search, I found that NoMBe is LA-based and has an EP, “Mood Indigo,” which is expected to drop any second. I was able to interview Noah Macbeth (NoMBe) about his music creations and find out some cool things about him (like that he’s from Heidelberg and a classically trained pianist). Find the interview below.

How did you arrive at your musical style?

Well, I hope I haven’t arrived there, to be honest. I’m never quite satisfied. No genre gives me what I want, so I pick and choose. I kind of put together my own little Frankenstein.

I feel comfortable doing whatever I generate, working in all genres from bossa nova to funk to indie to IDM to whatever it is. I really enjoy all of it.

Do you consider yourself more melody-focused or lyrically focused?

It used to be all melody. I had a mentor, a really close friend of mine, who always picked my songs apart and was like, “Where’s the song? You’ve got to write a song.” I started listening to a lot more lyricists while writing poetry again, and paying attention to what good writing is. I’m very critical with lyrics now. When I send a song out, it’s not until I find a right lyric for everything.

What’s your favorite line that you’ve written so far?

Favorite line? Aw, man, that’s a really tough question. It might be a line from “Miss Mirage” that didn’t make the song. “Miss Mirage” has two extra verses that felt way too long to people.

The first half is about the drought in California, kind of. I wrote the song after it hadn’t rained for about nine months. It was late at night and it had rained for the first time, and that’s why you can hear some of the rain as I was recording it. And I just left it there; I didn’t look for a quiet place to record. In the grander sense, it’s a breakup song.

It’s beautiful. You should stick it in a different song.

This next song that I’m putting out, it’s one of my — I don’t know if I can say that — but it’s one of my favorites that I’ve written because it’s very personal. It’s kind of about my mom and relationships and the things she’s been through. The song is very metaphorical, it has a lot of stuff in it. To me it’s the kind of song that I want to continue writing, because you only get so many in your life that you’re truly satisfied with.

You released the five-song EP “Change of Hearts” in 2014. How is your next project different?

It’s a lot more guitar. You can definitely tell it comes from the same artist, but “Change of Hearts” was a little more thrown together. This one I completed in a shorter amount of time, so it’s more cohesive where it tells one story and kind of an overall mood. That’s why I called it “Mood Indigo,” because it has a color to me. “Mood Indigo” is definitely a nostalgic, bluish kind of thing. It just made sense from the color perspective.

Do you think of your music in colors?

Definitely. It’s sort of where you’re cooking and you know by the smell of the ingredients what will be a good meal. If I’m aiming for a color that I loved, then I definitely stick with it, especially with sound design. I see tones in the music. I just like it when there’s thought in everything, and everything comes together.

I was mildly stalking your Tumblr.

On one of your posts, you said, “The deeper I get into astronomy, physics and math, the more I realize the Bible is more accurate than I thought all these years.” Does religion play a role in your songwriting?

It very rarely does. I’m personally very interested in religion and I come from a religious family. I’m really into science and rationale and things that make sense. I have this battle where I argue with atheists as much as I argue with hardcore religious people. I’m just very open and I’m constantly trying to prove everything.

Oftentimes, when you are dealing with atheists or very religious people, you can tell that they are fearful and cling on to something their parents told them and are afraid to question it because of authority, not because of rationale. That’s why I encourage everybody to study science. I think the idea of God makes sense. I don’t think science disproves the existence of a conscious being or conscious energy, when everything is extending from one place purposefully.

Putting that all in a song without sounding too nonchalant or hippie-ish is hard. I’m not trying to educate people on the subject. I’m trying to encourage people to do their own research and know what they are talking about. Don’t criticize somebody for believing God and going to church, thinking you are more intelligent, because that is simply not true.

If anything, [I might write] a metaphor touching on that, but I’d rather make a political song rather than a religious song, for sure.

When do you expect “Mood Indigo” to drop?

Want to see NoMBe live? He’ll be premiering his new music at one of Bardot’s “Schoolnight” shows tonight, Jan. 25, in LA. If you can’t make that one, Macbeth is local — make sure to keep up with his Twitter @NoMBeMusic for other nearby shows.

And of course, we’ll be waiting eagerly to hear that “bluish” tint of “Mood Indigo” for ourselves any moment now. 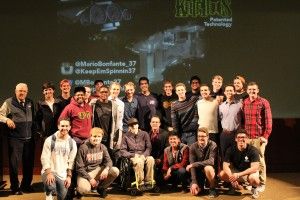 Photo by Berkley Mason Psi Upsilon will be holding its 10th annual philanthropy, Psi U Think You Can Dance, tomorrow. According...
Copyright 2013 Jupiter Premium Magazine Theme
Back to top