Technological changes are taking place on a backdrop of on-campus housing at maximum capacity. There are more than 2,200 students on campus, and housing is operating at 105 percent of its designed capacity, according to HRL. “There was more demand than we have space for. We have had the largest freshman class two years in a row, and we may have to restrict juniors and seniors until we can build more space,” Associate Dean of Students for Housing and Residence Life Brian Dawson said.

There are now triples in rooms that were not designed for triples, and there isn’t any more space to give to students on campus, Dawson said. “There is a campaign in place to build more beds, but until then, all who want to live on campus may not be able to.”

The replacement of Intellikeys with ID card access and the installation of HD programming for televisions highlight summer housing changes.

The most noticeable change  is the introduction of ID card access for all dorm and bedroom doors.

This change was driven primarily by an antiquated and unwieldy Intellikey system.

“It was like operating a 15-year-old computer,” Dawson said. “The old system caused lots of problems and took up hours and hours of staff time.”

The system requires both a new student ID card and a PIN for access. This decision was reached after consultation with multiple security experts.

“We are now able to provide new levels of security where there wasn’t any before,” Dawson said. “We used to get a lot of requests to put locks on bedroom doors. Now we are able to do that.”

Feedback on the new system has been largely positive despite a few instances of lockouts.

“There have been some lockouts, and there will be a learning curve to always take the ID card, but people seem happy with what we’ve implemented,” Dawson said.

Significant changes have also been made to Pepperdine’s TV service. DVR boxes have been installed in all common rooms, and HD boxes have been added to all apartment living rooms,  providing approximately five times the channels as before.

Additionally, bedrooms no longer have TV service through the university. To help fill that gap, Pepperdine will be testing a service from Tivli that will provide TV programming over the web. and give students their own DVR capability. The beta test for Tivli is expected to begin in mid-September, and if students like the service, Pepperdine will keep it. “We were able to get many more channels and significantly better quality for the same price as before,” he said.

Self-actualization comes in the form of a Hot Pocket 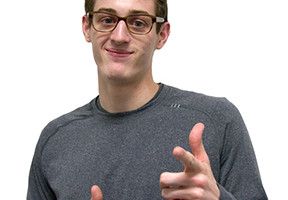 Self-actualization comes in the form of a Hot Pocket

Freshmen, welcome and calm down. It’s just college; in a few weeks, you’ll hate it just like you hate everything else...
Copyright 2013 Jupiter Premium Magazine Theme
Back to top