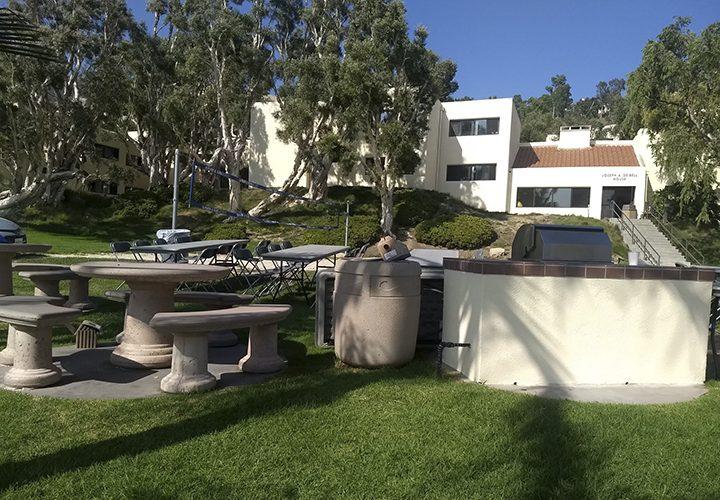 Pepperdine Housing and Residence Life prepares to welcome students back to campus in the Fall. Resident Director Josh Craton said HRL has made changes to the Resident Advisor and Spiritual Life Advisor application as a part of the preparation. Photo by Ashley Mowreader

In preparation for the 2021-2022 academic year, Pepperdine Housing and Residence Life opened their application for students applying to be Resident Advisors and Spiritual Life Advisors. To learn more about their applicants, HRL changed some portions of the applications.

With the closing of the Malibu campus because of COVID-19, RAs and SLAs were unable to serve for the 2020-2021 academic year, but as campus reopens, HRL is calling back some RAs who served for HRL previously.

“One of the overarching themes of campus life, I think for all of us, is flexibility,” Director of Residence Life Maura Page said. “So that’s probably you know the heart of the leadership position for next year is encouraging flexibility and our intent is always to be responsive to the heart of the community at Pepperdine.”

On Jan. 20, HRL sent an email informing the Pepperdine community the application portal for RAs and SLAs would close on Feb 5. On Feb. 8, HRL sent an email extending this deadline to Feb. 19, with the selection occurring March 3.

HRL advertised their applications during the winter break and January term. Sharon Wakio, assistant director of Residence Life for international students, said the department realized in hindsight that most students did not realize the portal was live, with only 50% of students opening HRL emails. To give everyone a chance to apply, HRL extended the deadline by two weeks.

“The numbers are lower than they have been before,” Wakio said. “But it was anticipated mostly because we started it a little sooner than most people had access to their emails, or before they were checking emails for those who took breaks from November, but they are quickly going up so we’re excited about that.”

Due to the changes in the applications, Wakio said HRL would not be deferring applicants from last year.

“We thought it would be wise to just be fair and have them reapply again,” Wakio said. “We do have a number of them who were accepted last year who have reapplied again so there’s no deferring, we just reset again and everybody goes through the same application process as everyone else who is doing it for the first time.”

Resident Director Josh Craton said HRL changed the application process to better know the applicants because HRL leaders have not met most new applicants in person. Changes include having students submit a one to three-minute-long video detailing a day in the applicant’s life and additional questions in the writing segment.

“We added some questions about the mission of Pepperdine University and how the candidates foresee themselves aligning with that and living lives of service, purpose and leadership,” Craton said. “We added some questions to our existing diversity section to ask the candidates how they see the role fulfilling our desire to be a more inclusive community.”

There are no SLAs on campus for spring 2021 because the University has a reduced amount of on-campus residents, Wakio said. As of Feb. 15, all RAs serving on campus were graduate students or resident directors.

Students Are Excited To Reapply

Junior Aaron Lee applied to be a RA for Seaside Hall last year. Lee said he applied because of his experiences as an RA in Pepperdine’s Heidelberg international program his sophomore year.

Lee said he chose to reapply for a position in Seaside because he hopes to strengthen the relationship between sophomores, juniors, seniors and HRL. Lee wants to help students whose mental health has suffered because of an absence from campus if in-person classes resume next fall. As of the week of Feb. 16, Lee was in the interview stage of the process.

“I’m definitely am optimistic,” Lee said. “I do think that with the vaccination, I think there is a good opportunity to be able to do that. I don’t know the timeline might be a little tight but I do feel like it is possible.”

After receiving news of campus’s closure in August, junior Connor Brown said HRL terminated his position as a freshman RA. When he reapplied, he noticed an extra bullet point stating RAs would have to enforce COVID-19 regulations. One of the regulations HRL put in place because of COVID-19 was the requirement to be on duty every weekend, a change from previous years.

The disappointing part of HRL terminating his RA position was the lost opportunity to make connections with fellow students, Brown said, and he is looking forward to connecting with students if he gets the position next fall.

“I guess I’m pretty hopeful,” Brown said. “I feel like if I was selected last year there hopefully is a good chance that I’ll be selected again. But I’m also open to having to be flexible I understand it’s not guaranteed.”

Student Explains Why She Did Not Reapply

Last year, junior Emily McNutt applied to be an SLA to both provide students with spiritual mentorship and to utilize the housing scholarship. This year, McNutt said she did not reapply.

One of McNutt’s reasons for not reapplying is because she wanted to enjoy her senior year without the time commitment of being an SLA. Additionally, McNutt said she had reservations toward working with HRL again.

“There were some ways in which trust wasn’t completely established HRL in general, and it was like ‘Do I want to spend my time and do I want to work for and live under people I don’t necessarily trust as much as I thought I would?’” McNutt said.

While McNutt said she acknowledges a lot was out of HRL’s control, she also feels like HRL could have communicated and collaborated with its applicants better.

During virtual meetings for the fall semester, McNutt said the plan was to be on campus. However, when students asked HRL questions the answers they received were vague.

“I just think that if those meetings have been read differently, if we had had more clear communication, more clear answers, if students had felt seen and heard about their concerns, by HRL, I’d feel that I might feel differently about reapplying,” McNutt said. “I can’t guarantee that because I still think that in part, I want a senior year that it is more able to spend on whatever happens naturally.”

HRL Prepares To Invite Students Back

If the Malibu campus reopens, Page said HRL may invite a limited number of RAs to live on campus who would be responsible for enforcing regulations new COVID-19 regulations for those living in residence halls. Regulations would include students not bringing others onto campus and only dorm members allowed in each suite.

On Feb. 20, HRL sent an email asking senior Preston Gromer, former Seaside RA, if he was willing to return as an RA for the rest of spring 2021. Gromer said he will probably accept the position.

“I’m happy to help out and I’m available here to do it,” Gromer said. “Those are the biggest drivers and they’re offering the same scholarships, like they’re just going to pay for housing, a shorter meal plan. So, that was beneficial as well.”

After Pepperdine sent students home in March 2020, HRL sent an email to Gromer asking if he would be willing to return to his position as an RA if Pepperdine reopened. Gromer said he replied that he was willing to return, but did not fill out a formal RA application for 2020-2021.

In the email HRL sent in February, Gromer said HRL told him that they were looking to quickly hire RAs who had already been through training.

“I imagine I’m going to have to be a lot more flexible than I had to be as an RA before,” Gromer said. “I’m kind of in the dark as to what the position will be like but definitely gonna require more flexibility in my schedule.” 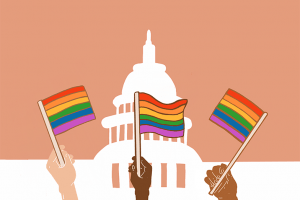 Art by Leah Beah On Feb. 18, the U.S. House of Representatives passed the Equality Act, which would prohibit discrimination...
Copyright 2013 Jupiter Premium Magazine Theme
Back to top