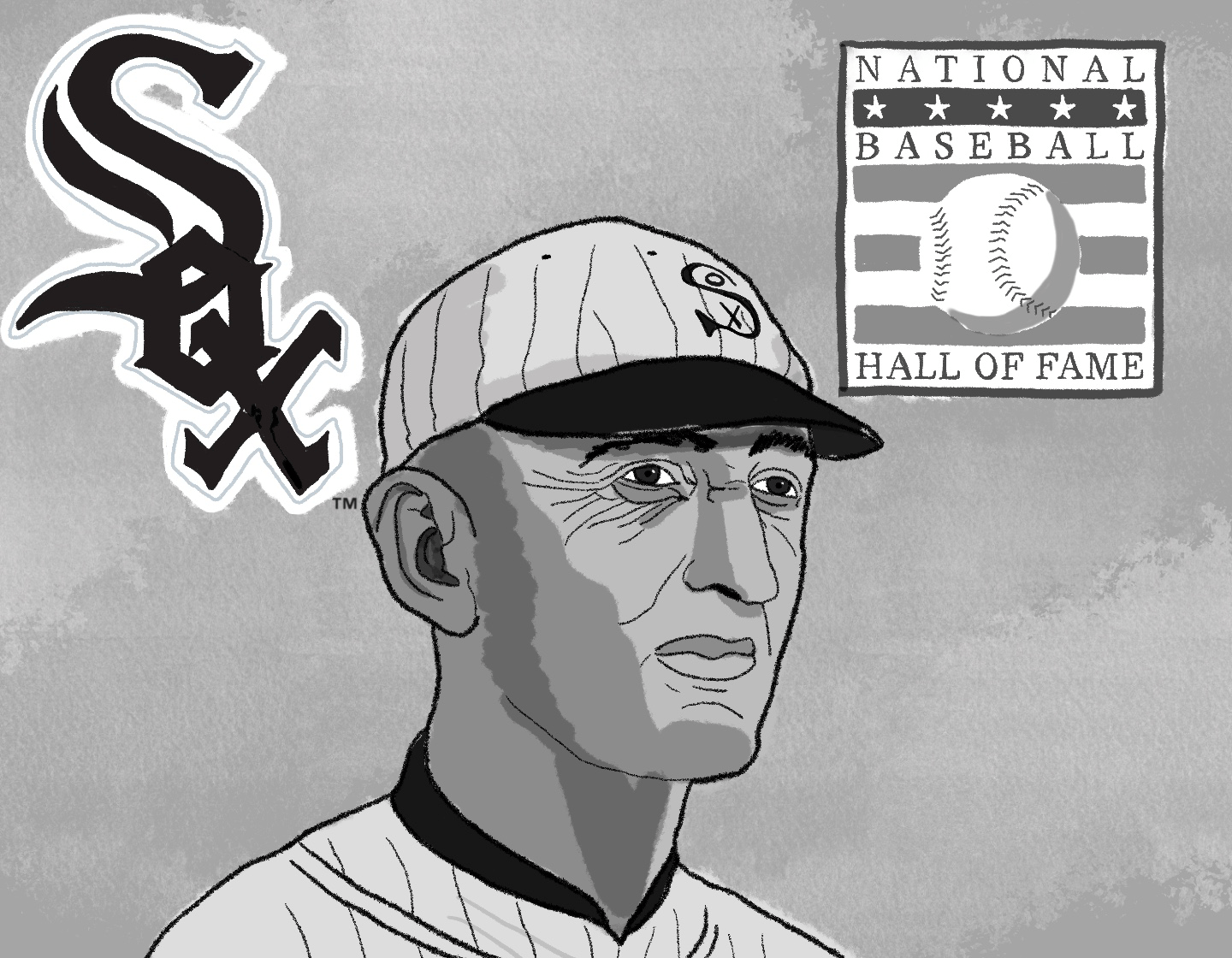 As a Chicago White Sox fan, I was disappointed watching my team fall to the Houston Astros in the ALDS on Oct. 12, but that’s a discussion for another time. Instead, let’s delve into the White Sox’s past. I mean, waaay into their past.

Bluntly stated, “Shoeless” Joe Jackson should be in the National Baseball Hall of Fame. Jackson’s involvement in the “Black Sox” Scandal is questionable, as well as the fact he has served his time — if he is guilty.

Now you might be asking, “What’s the “Black Sox” Scandal? Who is Joe Jackson? And where did his shoes go?” Allow me to explain.

First, why “Shoeless?” The story goes that, as a teenager, he shed a pair of uncomfortable baseball spikes before a game and continued to play, even hitting a base clearing triple.

Now that that’s cleared up, let’s move from shoes to Sox, or more specifically, “Black Sox.”

In 1919, the Chicago White Sox had a stellar season, finishing first in the American League and advancing to the World Series. After two World Series wins, they were hoping to make it three.

The White Sox lost, which was strange because they were the favorites going into the series, and then the odds turned against them — the betting odds, that is.

Rumors began to swirl in the baseball world that the White Sox were involved in a plot to throw the series. A year later sufficient evidence emerged to indict eight of the players on nine counts of fraud.

Jackson was one of these players.

Nowadays, fixing games is unheard of, but in Jackson’s day, it was incredibly common. There were already multiple cases where officials suspected teams of throwing games or even World Series, and game fixes date back to 1865, even before the MLB was founded in 1869.

Of the eight players initially indicted, seven went to trial by grand jury, including Jackson. All were acquitted after a deliberation of three hours, largely on the basis of insufficient evidence.

It wasn’t until 1927 that the first Commissioner of Baseball, Judge Kenesaw Mountain Landis (what a name) imposed Rule 21(d). The rule prohibits any player from betting any sum or being involved in illegal bookmaking. Punishments range from suspension to being “permanently ineligible.”

This rule wasn’t put into place until eight years after the “Black Sox Scandal” and seven years after Jackson’s career ended. Even if he was involved, Jackson did not break any rules.

In addition, there was hardly any indication that he was involved. Jackson’s series stats were fantastic; “Shoeless” Joe hit .375 — the highest average between the Sox and the opposing Cincinnati Reds — he had the only home run, scored from first on a single and committed no errors. All better than his performance in the 1917 World Series.

Overall, Jackson’s talent for America’s pastime was evident from the start. By the age of 21, he was drafted by the Philadelphia A’s. In his first season, he had a .408 batting average and had drawn praise from greats such as Ty Cobb and the legendary “Babe” Ruth.

In 13 years and 1,332 games, Jackson held a career batting average of .356, the third highest ever. For reference, that’s better than the first 13 years of both Derek Jeter and “Babe” Ruth’s careers. Though Jackson couldn’t read, he could hit a ball. Cracking out 1,772 hits in his career, he averaged 216 per season.

The Society for American Baseball Research calls Jackson “the greatest natural hitter in the history of the game.” All stats make him a shoe-in for the Hall of Fame (no pun intended).

Finally, Landis banned the offenders from baseball for life. In Landis’ statement, he famously ruled “regardless of the verdict of juries.”

Jackson died in 1951; he has long since served his life sentence.

Multiple figures have advocated for Jackson, including the greatest hitter of all time, Ted Williams. Jackson did all this just to be snubbed from the Hall of Fame, even over 100 years later.

It’s about time we welcomed him in.