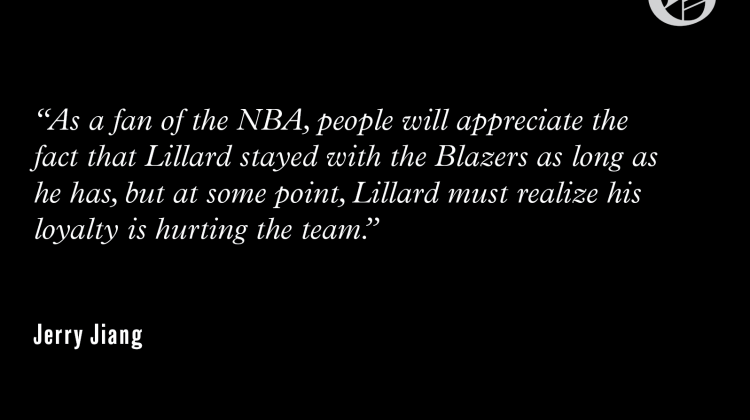 You know that meme where it shows a funny face with the caption “Stop giving me your toughest battles,” and the other picture saying, “You are my best solider”? 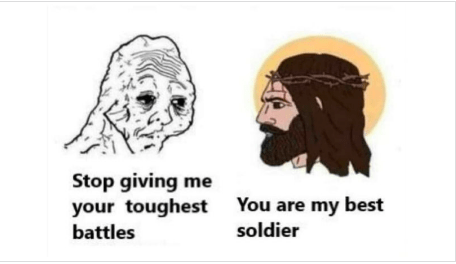 There’s a hilarious alteration where Portland Trailblazers guard Damian Lillard says, “Thank you for giving me your toughest battles. I love the grind!” and the other picture saying, “Just leave.”

That’s how the Trailblazers fanbase feels about their superstar right now, who is infamously “not running from the grind.”

The Blazers are stuck in basketball purgatory.

In a March 9 game that garnered national attention, the Blazers were down 51 to the Utah Jazz. As a result of the team’s performance, many wondered if Lillard’s loyalty is actually hurting the Blazers.

Since drafting Lillard, the Blazers have not been good enough to make a deep playoff push, but also was never bad enough to scrap the whole season and tank for the next big superstar.

Yes, Lillard’s resume with the Blazers is impressive.

After getting drafted in 2012, Lillard led a young, rebuilding Blazers squad to a second-round playoff exit in the 2013-14 season. In that playoff run, Lillard connected on a ridiculous game-winner against the Houston Rockets, ending the Rockets season and cementing himself in Blazers lore forever.

Since then, the Blazers have made the playoffs every year –– with their deepest playoff run in the 2018-19 season, when the Golden State Warriors swept them.

This season, the Blazers traded their second-best player –– guard CJ McCollum –– in hopes of having enough salary space to attract bigger free agents. But, with the addition of several head-scratching moves, one could wonder if Lillard will be the next player to leave.

Lillard, on the other hand, refuses to depart from the team that drafted him for several reasons.

Because the Blazers are a relatively small-market team, Lillard may be concerned that if he leaves the Blazers, the media will ostracize him. There’s a trend of big-name stars leaving small-market teams –– a trend LeBron James started and Kevin Durant made notorious.

When Durant left the Oklahoma City Thunder in the summer of 2016, the media grabbed its pitchforks and framed him as the villain of the century.

How dare Durant leave the team that drafted him? Where’s his loyalty? What happened to toughing out the struggles with the team that believed in you?

The media scrutiny Durant faced was unlike any other, and as such, Lillard may fear the same repercussions from the media should he leave the Blazers.

But, as the franchise player, the Blazers would benefit from Lillard leaving via trade. Lillard can be the first superstar since Anthony Davis to request a trade and help the rebuilding process once he leaves.

For context, when the Lakers traded for Davis in 2019, the Lakers gave up guard Lonzo Ball, forward Brandon Ingram, guard Josh Hart and three-first round picks.

Though the New Orleans Pelicans rebuild has been a struggle, Ingram has turned himself into a star, and the Pelicans grabbed the No. 1 overall pick in Zion Williamson in 2019.

A similar package for Lillard would help the Blazers tremendously, who are still vying for a spot in the play-in tournament –– which would not give them a lottery pick.

Additionally, Lillard doesn’t have to feel terrible about leaving the Blazers in shambles. Guard Anfernee Simons has been a nice development as of late and was one of the reasons the Blazers traded McCollum.

In short, Lillard needs to start running from the grind.

As a fan of the NBA, people will appreciate the fact that Lillard stayed with the Blazers as long as he has, but at some point, Lillard must realize his loyalty is hurting the team.