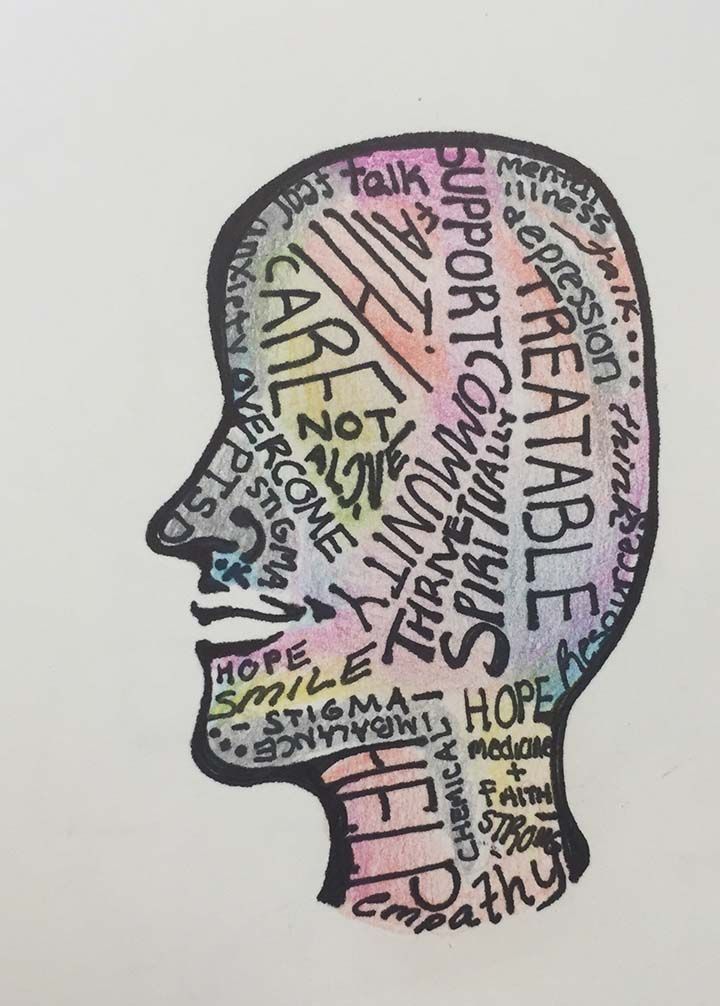 A mental illness is a condition that impacts a person’s thinking, feeling or mood and may affect his or her viability to relate to other people, according to the National Alliance on Mental Health, as reported by Newsweek in February 2014. Nearly 18.2 percent of the population suffers from mental illness.

As a Christian, I believe that mental illnesses can be destructive, and many individuals with illnesses are not approached correctly. Studies have shown there is an additional road to recovery than simply applying medicinal practices.

A mental illness can affect relationships, work and life responsibilities and is often devastating. Friends and family might notice that the individual who has a mental illness does not seem like his or her usual self. As many as eight in 10 people suffering from a mental illness can effectively return to their normal activities if treated, according to MedicineNet.

Labeling a mental illness as solely a spiritual issue is problematic. The diagnosis is a chemical imbalance in the brain, genes or an unfortunate circumstance. Chemicals such as serotonin and glutamate are necessary for a normal mood, according to the National Institute of Health. Strong faith alone may not make a mental illness go away. In this case, a person with mental illness can be helped through community, and for Christians, this means the church. According to the Lifeway Research study in September 2014, “Study of Acute Mental Illness and Christian Faith,” 79 percent of families in the study have said their family member with mental illness is now stable, due to interaction with a community. Spiritual communities, such as those on Pepperdine’s campus, can be an important component in overcoming mental disorders.

The National Alliance on Mental Illness, a grassroots organization dedicated to helping the mentally ill, suggests that more than 25 percent of college students have been treated for a mental illness. Pepperdine students who may be suffering can look to the Pepperdine Counseling Center, which can be helpful to those who need it. Admitting how you truly feel is not a burden to others because a loving community will support to you.

Individuals who have mental illnesses are not alone, and oftentimes, the community is welcoming and willing to address this issue. Active Minds at Pepperdine is just one of the organizations that serves the mental health community and creates a comfortable environment. The mixture of faith and medicine can assist in helping people with mental illnesses. One day, we might be able to regenerate and restore the person to homeostasis. But until that day, I would suggest that those with mental illness seek help from medical professionals as well as spiritual communities. If you have someone in your life with a mental illness, identifying and sympathizing with them may help in the healing process.