Alumnus Will Noland (’22) in Malibu in spring 2022. Will died Aug. 22, and the Pepperdine community is mourning his loss. Photo Courtesy of Sigma Phi Epsilon

A selfless leader, a compassionate friend and a light to everyone he met — these were just a few phrases friends and family used to describe alumnus Will Noland (’22). Will died in Venice, Calif., on Aug. 22, and is remembered as someone who made everyone around him feel loved.

Will grew up in Fairfield, Conn., with his two younger siblings — Haley and Chris — and transferred to Pepperdine from Tulane University his sophomore year. The Hub for Spiritual Life, in collaboration with Sigma Phi Epsilon, hosted a memorial Sept. 9, for Will at Stauffer Chapel.

“Will was an angel,” Will’s little Alex Consentino said. “He was sent here for a purpose, and that was to make every single person that he met feel special.”

During his time at Pepperdine, Will was a part of Sigma Phi Epsilon fraternity, serving as the vice president of Recruitment his senior year. Will graduated in spring 2022 with a degree in Economics.

Will was known as always having a smile from “ear-to-ear” and always putting others’ needs before his own.

“He’s always been one of the most thoughtful, compassionate, kind people from when he was a baby,” Will’s mom Leslie Noland said.

Leslie Noland said he loved surfing, snowboarding, playing baseball, going on vacation with his family and making people laugh. He would do anything it took to make someone laugh — even if that meant making fun of himself a portion of the time.

“When he told a joke, he made sure his voice was loud enough so that people a mile and half away could hear,” Leslie Noland said. “He often even laughed at his own jokes before he delivered the punch line.”

Will found community within Sig Ep at Pepperdine and formed bonds with his brothers — people his parents said were like true family to him.

“He was probably one of the main reasons why I joined Sig Ep,” Consentino said. “He later became my brother, my big and my best friend.”

While at Pepperdine, Will also started a softball team for Sig Ep and spent numerous hours recruiting people to play.

“He had so much passion for everything that he did,” Consentino said. “He wanted to share that with everybody — if you cared about something, he cared about it too.”

Consentino said no matter how well Will played, he always showed up as a leader and wanted to be there for his teammates.

“He was never the standout athlete,” Leslie Noland said. “But I would say he was a standout teammate.”

His love for the game started from a young age — when Will became a major Red Sox fan.

“He lived in a Red Sox hat and shirt — every single picture of [Will] growing up,” Leslie Noland said. “He took on the Red Sox and loved baseball and maybe that fell into his love for softball later.” 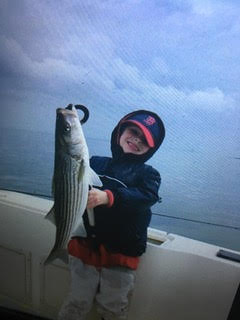 Even in the midst of school, work, Sig Ep and softball, Will had a way of making everyone around him know they mattered and was present in every conversation, Consentino said. At Will’s memorial, friends shared encouraging texts, letters and conversations they had with Will — each one showing Will’s selfless character.

“I don’t know how he had the time to manage his job, his life and everyone else’s,” Consentino said. “He made it seem like he was just sitting there waiting for you.”

He would spend hours picking out the perfect gift to give to someone on a special occasion, Leslie Noland said, and would put time, effort and intentionality into all of his relationships with others.

“He took on the big brother role to a lot of different kids and people over the last 24 years,” Leslie Noland said.

William McIlroy, Will’s friend and president of Sig Ep, said he would always go to Will in times of hardship, stress and pain, but also in times of joy and victory.

“I remember telling him about receiving job offers or personal records in the gym and his face replied with a genuine and vicarious smile,” McIlroy said. “You would have thought that he himself was receiving the accomplishment.”

Another friend of Will’s, Neek Haadjapor, said Will’s presence was felt in every room in the most beautiful way possible.

“The world is missing Will, and all the compassion he brought into our lives,” McIlroy said.

Will was open about his struggles with addiction and was involved in the Alcoholics Anonymous group on campus and in Malibu. Often, he invited friends to go with him to AA meetings and advocated for support groups and resources.

“It didn’t matter if you were a random person on the street, or one of his best friends, he just would tell you straight up,” Consentino said.

Will celebrated two years of sobriety during his sophomore year at Pepperdine and had a celebration with his Sig Ep brothers — something Will’s parents said made them realize Will was at home at Pepperdine.

“He told us that there were so many people by his side that they had to stand outside and listen through open windows because it created a fire hazard,” Leslie Noland said. “He felt the love and support for you all from the first days he was on campus, and when he struggled with sobriety you stood by his side and ours.”

Even in the midst of Will’s challenges, friends and family alike said he cared only about the people around him — never focusing on himself or how they could love him, but rather how he could love them.

“I want people to talk about Will and talk about his journey and the fact that it wasn’t linear,” Leslie Noland said. “But he’s still this incredible, beautiful soul who brought so much joy to everybody around him.”

Whether through his journey with addiction, in the classroom or in life, friends and family said Will never gave up and could persevere through any challenge.

“Will was a fighter,” professor Andy Yuengert said. “He wouldn’t do anything less than 100%.”

Yuengert was Will’s Economics professor and said he developed a relationship with Will his senior year. Yuengert said Will’s humility, kindness, fighting spirit and courage was evident to Yuengert throughout their time together.

“While I knew him, he got knocked down several times, but he got back up every single morning and wanted to succeed, give back to his family and live the life that he knew was possible,” Yuengert said.

Will loved his Fantasy Football rosters, the Grateful Dead, painting, blasting music in the car, playing guitar and cheering on the New England Patriots, but most importantly, friends said he loved helping others and showing his parents, siblings, friends and brothers what they meant to him.

“If we can all be a little bit more like Will, the world would be a better place,” Consentino said.