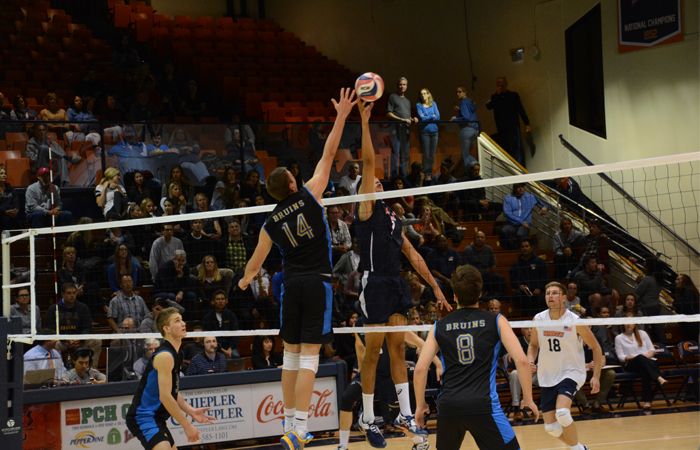 No. 3-ranked men’s volleyball picked up a pair of victories at Firestone Fieldhouse over the weekend, defeating USC and Cal Baptist.

“USC was a big win for us,” senior setter Matt West said. “Our team has a personal vendetta toward the Trojans because of our loss to them earlier in the year.”

Senior libero Brennan Anderson came up big for the Waves on serve-receive and finished his night with four digs and four assists.

“I’m glad that I can contribute to such a successful team,” Anderson said. “It’s a group effort, and I think any success is greatly attributed to the unit that we play as.”

The Waves extended their home-win streak to 18 with the victory over the Trojans.

Pepperdine is undefeated (12-0) at home this season and has won the last 19 consecutive matches, dating back to last year.

“We are just taking it one match at a time, and treating every match as a must-win,” Anderson said. “In a league as competitive as this, there are no easy nights, and anybody can beat anybody.”

Looking ahead to playoffs:

After the weekend, the Waves came in tied at No.1 with UCI and Hawaii in the MPSF standings, clinching a postseason tournament bid and home-court advantage.

“Of course we want to win it all and we believe we are capable of doing so. However, there is more that goes into it besides physical capability,” senior outside hitter Josh Taylor said. “We have to be mentally prepped as well as physically.”

The main focus for the Waves right now is to close out the regular season strong, Anderson said.

“To be honest, we aren’t thinking about the postseason too much at the moment; we still have some big matches ahead of us against some really good teams,” Anderson said.

However, for the seniors it’s their final year, and they have every intention of making it count, West said.

Update: Men’s volleyball closed out WCC play with a sweep of UCLA on April 7. Next they face UCSB on Wednesday, April 15, at home before entering the MPSF Tournament that starts Saturday, April 25, in Malibu. 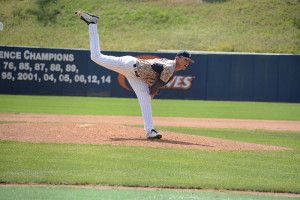 Photo by Gabriella ChanSix-and-1? More like 6-and-won! After starting off the season and the beginning of conference play...
Copyright 2018 Pepperdine Graphic
Back to top